The Queen has agreed to a transition period for Prince Harry and Meghan, Duchess of Sussex, that includes them living in Canada and Britain while details of their future role in the Royal Family are worked out.

The Queen met with Harry, Prince Charles and Prince William at her Sandringham estate in Norfolk on Monday to address demands by the Duke and Duchess of Sussex, who want more freedom from the royal household and greater financial independence.

In a statement after the meeting, the Queen said, “My family and I are entirely supportive of Harry and Meghan’s desire to create a new life as a young family. Although we would have preferred them to remain full-time working members of the Royal Family, we respect and understand their wish to live a more independent life as a family while remaining a valued part of my family.”

The statement added the couple do not want to be reliant on public funds and will split their time between Canada and Britain. The Queen also said she asked for final decisions to be reached in the coming days.

Sorting out new roles for the Duke and Duchess of Sussex will be complicated, and the Queen will have to address the future of their royal titles, their financial support and whether they can continue living at Frogmore Cottage, west of London, next to Windsor Castle. Above all, the Queen will want to ensure that Harry and Meghan don’t try to cash in on their royal connections.

The Duke and Duchess caught the Royal Family off guard last week by issuing a statement saying they wanted more financial independence and they planned to split their time between Britain and North America.

Meghan has balked under the glare of the media and has been holed up in Canada while Harry and his family thrashed out how their new roles would work. The rift has driven a wedge between Harry and his brother, William, the Duke of Cambridge, and earlier on Monday, they moved to play down reports in some newspapers that Harry and Meghan had been bullied by other members of the Royal Family.

“Despite clear denials, a false story ran in a U.K. newspaper today speculating about the relationship between the Duke of Sussex and the Duke of Cambridge,” the brothers said in a joint statement. “For brothers who care so deeply about the issues surrounding mental health, the use of inflammatory language in this way is offensive and potentially harmful.”

The question of who will cover the cost of security during their stay in Canada is unclear. When asked on Monday, Finance Minister Bill Morneau said he “had not spent any time thinking about the issue.”

“We obviously are always looking to make sure as a member of the Commonwealth that we play a role. We have not had any discussions on that subject at this time,” he said.

Members of the Royal Family who have struck out on their own have caused the family plenty of grief in the past.

For example, Prince Andrew pursued a number of business and charitable interests and ended up befriending U.S. pedophile Jeffrey Epstein. In November, he was forced to drop all royal duties because of his association with Mr. Epstein, who died in jail last summer while awaiting trial on charges of sex trafficking.

The Queen’s youngest son, the Earl of Wessex, was also caught up in controversy in 2001 after his wife, the Countess of Wessex, set up a public-relations firm. She had to resign after making a number of disparaging comments about politicians and members of the Royal Family to an undercover reporter. There were also allegations that her business partner was trying to sell access to the Royal Family. At the time, Buckingham Palace defended the Earl and the Countess, but said that pursuing “working careers” within the family was “not an easy option."

Yet there are examples in other royal families where members take on outside roles and earn their own income.

Prince Constantijn, the younger brother of King Willem-Alexander of the Netherlands, has worked as a lawyer for years. His wife, Princess Laurentien, was named a UNESCO special envoy on literacy for development in 2009 and chair of the European Commission’s high level group of experts on literacy in 2011.

In Sweden, Prince Carl Philip and Princess Madeleine, both children of King Carl XVI, have led largely independent lives from the country’s Royal Family. Last October, the King announced that their children would no longer perform official duties or receive any taxpayer-funded income. Both Prince Carl Philip and Princess Madeleine welcomed the change and said it would give their children more freedom.

Britain is a far larger country, he said, and the Queen is the head of state of 15 countries. Harry and Meghan also “haven’t quite been able to distinguish between celebrity,” which allows them to do what they like within the law, and royal status, “which is something very different,” Mr. Morris said.

“It’s not just a question of mere protocol; it’s a question of how far you can allow royal status to be monetized for your private benefit.” 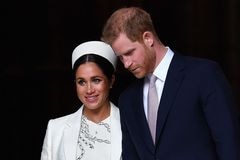 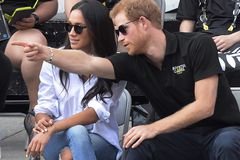 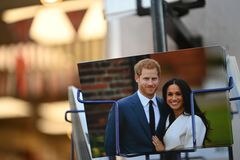