In a small space on the 10th floor of an office building near a downtown Taipei subway stop, Lam Wing-kee has rebuilt his life as a self-exiled bookseller.

The titles on display include those now stripped from libraries and schools in Hong Kong, where Mr. Lam once ran the original Causeway Books, a shop peddling historical tomes and thinly sourced political thrillers to readers thirsty for knowledge and gossip about China’s top leadership. But in 2015, he vanished, reappearing only many months later saying that he was seized by Chinese forces and brutally interrogated.

He left for Taiwan in the midst of last year’s Hong Kong protests against rising Chinese influence, sparked by a proposed extradition bill that if passed, he feared, could be used to return him to China’s justice system. His new Taipei location opened less than a month before Chinese authorities said they would impose a new security law on Hong Kong, creating a punitive new legal regime in his home city that has taken books off shelves there, and cemented his decision to flee to a democratic island.

The transplanting of Mr. Lam’s life and work to Taiwan is a striking illustration of the changes under way in Hong Kong, a city that was itself until recently considered a place of refuge for people escaping authoritarian China.

What China’s leadership has “done to Hong Kong is irreversible,” Mr. Lam said.

Those who remain in Hong Kong must contemplate living “in a place where you enjoy no free speech, or even the most fundamental rights as human beings – just like how people live on the mainland. What’s the meaning in being alive, then?”

Now, Mr. Lam is encouraging others to follow his lead, and the government in Taiwan says it will support those who do.

Already, Taiwanese statistics show that the number of people from Hong Kong who became residents last year jumped 41 per cent, and then more than doubled between this January and May.

Taiwan’s government has not amended its refugee or asylum laws to ease entry for people from Hong Kong. But it has opened a new office to assist legal asylum seekers from the city to resettle in Taiwan. The 20 phone lines into the new office have been busy, according to Taiwanese officials.

“We fought for our democracy,” Foreign Minister Joseph Wu said in an interview earlier this year. And “we of course will support Hong Kong people who are inspired to pursue their freedom and democracy,” he said. “There’s no bones about it.”

Hong Kong authorities have said they protect human rights, and have said local police respond with appropriate force to acts of civil disobedience.

“Surely this is not doom and gloom for Hong Kong,” the city’s Chief Executive, Carrie Lam, said Tuesday. She called the legislation “relatively mild” and said that “instead of spreading fear, the law will actually remove fear and let Hong Kong people return to a normal, peaceful life.”

But hundreds have, over the past year, already taken heed of Mr. Lam’s call, boarding planes to Taipei.

Many are under police investigation in Hong Kong, and their underground arrival in Taiwan means no hard data exists on numbers.

In Taipei, though, supporters say dozens of those who fled have no intention of going back, and their numbers are expected to grow as the judicial system in Hong Kong moves to impose heavy punishment on demonstrators. Courts there can imprison protesters for up to 10 years on rioting charges. Those found guilty under the national-security law can be sentenced to life in prison.

Among those who have come to Taiwan, some, like Mr. Lam, fear the exercise of Chinese justice. The new law allows Beijing to hold mainland trials for people from Hong Kong.

On July 1, 2019, one 21-year-old university student joined dozens of young demonstrators who smashed glass to enter Hong Kong’s legislative chambers, where he sprayed over cameras and scrawled “Free Hong Kong” graffiti on the wall. It was a particularly dramatic moment in a lengthy effort to block a proposed extradition treaty.

But long before Hong Kong Ms. Lam fully withdrew the treaty in September, the student had already left Hong Kong. (The Globe and Mail is not identifying him because he fears for his safety and remains subject to legal proceedings.) He landed in Taiwan in early July last year, and has been living in a small apartment supported by donations that provide him enough cash to get by.

“It wasn’t my idea,” he said. “My friends and my teammates told me I may be in danger.” In Hong Kong, he said, “I had joined a lot of so-called violent protests. And I did a lot of bad things.”

He expected to stay in Taiwan for a month or two. But not long after he arrived, police came to search his house in Hong Kong. Later, they searched it again. “It’s a very clear message that you are unsafe in Hong Kong,” he said. If he returns, “they will arrest me.” (A Hong Kong police spokesperson called it unacceptable that people have fled justice.)

Taiwan, the student says, “is still a free country – they have the things we want, what we’re fighting for.”

In Taiwan, too, he has found a warm reception. At Chi Nan Presbyterian Church, volunteers helped him find a place to stay. He has returned the favour, last year helping to pack helmets and masks to send to Hong Kong protesters.

The church, by virtue of its central location, has played its own role in domestic demonstrations: In 2014, some students climbed over a church fence in order to occupy the Legislative Yuan next door, an act that helped to inspire the university student’s own acts in Hong Kong. And church members see echoes of their own history – and the decades of deadly Taiwanese struggle against the authoritarian “white terror” imposed by the Nationalist Party under Chiang Kai-shek – in Hong Kong today.

Taiwan eventually achieved democracy, and “I have a message from every Taiwanese victim: don’t lose hope. Don’t give up,” said C.H. Kong, a Taiwanese businessman and author who has written a book on the white terror era, the decades of martial law in which tens of thousands were imprisoned and thousands executed.

Mr. Kong has a religious reason for hope: “Historically speaking, dictatorial rule is not sustainable. God doesn’t permit things like this to happen,” he said.

Taiwan has also become a source of hope for pro-democracy forces in Hong Kong as a democratic bastion in the Chinese world. Groups of Hong Kongers came to Taiwan during January’s presidential election campaign to draw attention to what they call the continuing decline in civil liberties in their home city.

“They don’t have a chance to vote. But if they can influence people here, maybe they can stop that from happening to Taiwan,” said T. K. Chan, a Hong Kong-born software engineer from Toronto, who joined a Hong Kong rally in Taipei earlier this year.

Politically, however, Taiwan has left its door only partially open to protesters, declining to adopt a special asylum law.

For people such as the Hong Kong student, who arrived on a tourist visa, that means it’s impossible to work in Taiwan. He has instead applied to continue his university chemistry studies. In the meantime, he lives with his body in Taiwan and his mind in Hong Kong. Whenever protests break out, he assembles digital video livestreams into a split-screen display, and uses his position of relative safety to warn friends about the movement of police.

“I am not in the mood to have fun or do anything to entertain myself. Everything I do and everything I care about is how things look in Hong Kong,” he said. He’s also plagued with guilt for leaving while others face jail.

Mr. Lam feels no such thing.

“I don’t miss Hong Kong at all. If you can’t have peace inside, you won’t feel at peace anywhere you go,” he said.

“It’s clear the Communist Party wants Hong Kong back,” he said. “It’s inexorable. So the best and wisest thing to do for young people in Hong Kong is to leave.” 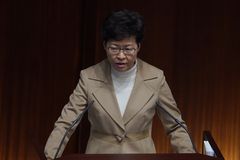 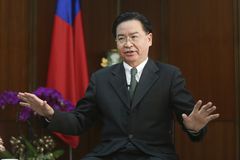