Authorities in Kazakhstan have released on house arrest a man who has played an important role in revealing a Chinese system of political indoctrination and skills training that has been used to detain hundreds of thousands of China’s Muslims.

Serikzhan Bilash has been called a hero by families who have sought his help to advocate for relatives who have vanished into the so-called “re-education” system in China’s western Xinjiang region – a system China calls a necessary response to extremism but that Mr. Bilash likened to Soviet gulags in an interview with The Globe and Mail days before his detention. An outspoken activist, he was detained this weekend on suspicion of violating a Kazakh anti-extremism law that has been used to convict people of “inciting social, ethnic or religious hatred online.” Late on Monday, he was released on house arrest for two months, pending trial.

Mr. Bilash has not yet been formally charged, nor have Kazakhstan officials released information on why he was detained. A Kazakhstan government spokesman did not answer telephone calls. In a Facebook post Monday, Kazakh human-rights lawyer Aiman Umarova said she had been blocked from representing Mr. Bilash, who has been given a government-appointed lawyer instead.

Mr. Bilash is an ethnic Kazakh born in China, and supporters worry that his detention was a result of Beijing exerting pressure on the Kazakhstan government.

Kazakhstan, which is heavily reliant on neighbouring China for trade, is “trying to silence human-rights defenders by arresting those who are opposed to China’s brutal regime,” said Rukiye Turdush, a Canadian Uyghur activist. (The Uyghurs are a largely Muslim ethnic minority in China.) She sees the detention of Mr. Bilash as a pressure tactic outside Chinese soil, similar to her own experience earlier this year, when Chinese students protested at a presentation she delivered at McMaster University.

Mr. Bilash was taken from a hotel just after midnight on Sunday in Almaty, where he worked with Atajurt, a small human-rights group, out of a seventh-floor office that has become a haven for grandparents, parents and children desperate to seek the return of loved ones from China.

Earlier on Saturday, “four suspicious people entered their office and were pointing at Serikzhan,” his wife, Leila Adilzhan, said. Worried, Mr. Bilash wrote a social-media message saying, in English “My life in danger,” and checked in to a hotel, where he thought he would be safer than at home. He was taken away later that night. Supporters circulated photos showing blood spattered on the hotel room floor.

In recent months, Mr. Bilash has said, petitions have circulated against him and Atajurt, accusing them of damaging the friendship between Kazakhstan and China. Mr. Bilash has also been fined just over $900 for leading an unregistered organization, a punishment he has appealed.

After his arrest, uniformed officers ransacked Atajurt, whose name means “Fatherland,” taking away bags filled with paperwork. The group has documented allegations of mistreatment and disappearances in China. They included accounts from people released from detention in Xinjiang, some of whom have spoken publicly about their experiences, providing some of the only views inside the secretive indoctrination and training centres, where detainees say they are kept in prison-like conditions with little food and far more political instruction than skills training.

The trilingual Mr. Bilash brought a global spotlight to their experiences by recording videos of interviews he conducted – typically translating responses from Kazakh into English and Chinese, to broaden his audience – and then posting them to YouTube. The Atajurt channel includes more than 4,000 videos with more than 17.5 million total views, a reflection of the reach achieved by Mr. Bilash, an outspoken Kazakh nationalist and critic of China’s rulers.

“We hate the Communist Party,” he told The Globe last week, explaining how he grew up in China before building a series of businesses, only to abandon his commercial work when he began to hear reports of Muslims caught up in a new form of “training” in Xinjiang.

Mr. Bilash, 45, was born in Daheyanzi, a pastoral region in northwestern China, not far from the border with Kazakhstan. His father founded a residential school for ethnic Kazakh nomads in China, and Mr. Bilash said that from his earliest childhood memories, he could recall feeling “very clearly that I am a Kazakh. I’m not Chinese,” he said.

He moved to Kazakhstan and secured citizenship, writing a series of books on Kazakh history and sponsoring the creation of Kazakh websites in China, which became forums for a local ethnic minority that, he said, had “almost lost our culture.” Chinese authorities expunged most of those websites in 2009, following deadly riots in the city of Urumqi, but Mr. Bilash then opened groups on WeChat and, later, WhatsApp. It was through them that he learned about the incarceration of Kazakhs in so-called “training” centres.

It became his goal to “show the world what happened in China,” he said. “We will show the world the re-education camps [are] worse than gulags.”

Foreign scholars have estimated that as many as a million people may be placed in such centres, which China has defended as a humane method to combat extremism and provide people in Xinjiang with free education in Mandarin Chinese and in the country’s laws, as well as some vocational training.

In China, state media have said the Xinjiang centres have “helped reduce discrimination against women” while ensuring social stability in a region already bristling with a heavy security presence.

Mr. Bilash accused China of an “ethnic cleansing” campaign, saying “they want to assimilate these minorities.”

He has a fondness for the limelight, arranging for a video camera to record his interview with The Globe – and tightening up his tie before sitting down to speak. But his outspokenness is complicated by occasional transgressions of fact. He recounted the “ruthless” treatment of his father in China during the Cultural Revolution, for example. But according to his brother, Amantay, “nothing happened at that time” to their father.

Even so, Mr. Bilash has won the affection of ethnic Kazakhs who credit him with providing a voice for those detained in Xinjiang. Some say their loved ones have been released from China after video appeals made with his help; others have, at his urging, sent detailed letters to the United Nations Human Rights Committee begging for assistance.

“I think he’s a hero,” said Halida Ahythan, 64, who has lost contact with her three sons, three daughters-in-law and many of her 14 grandchildren in Xinjiang.

She is among a group of people who regularly crowd the Atajurt office, seeking support and speaking with visitors, including foreign journalists. When The Globe came, people waited until nearly midnight to share their stories.

“He has informed the whole world about the Kazakh people [in China],” said Ms. Ahythan.

The detention of Mr. Bilash has “worried everybody,” added Marzhan Yerzhan, who has not heard from her mother in Xinjiang for nine months.

“He is the only hero that we have at the moment, who speaks for everybody in trouble and facing such difficult times in China.” 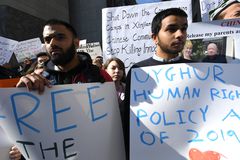 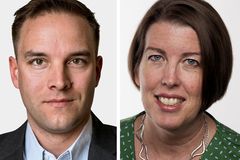 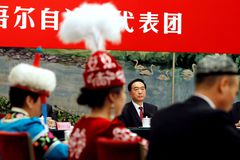