Rohingya women and girls who survived a genocide in Myanmar are facing new risks in refugee camps in Bangladesh and need more help from nations like Canada, according to a new report from Oxfam Canada.

Information gleaned from a series of interviews, focus groups and surveys of hundreds of women and men from the host and refugee communities in Bangladesh over the last year suggests the humanitarian response to the year-long security crisis is not adequately meeting the specific needs of Rohingya women.

As a result, the agency is calling on Canada and all donor nations to earmark 15 per cent of all humanitarian aid for the Rohingya Muslims specifically to address the needs of women and girls.

Girls and women have described fearing for their safety and dignity when accessing water and sanitation facilities leading some women to choose to go hungry and thirsty and to restrict their children’s diets, Oxfam Canada says.

Women feel especially unsafe at night and many female-headed households feel particularly vulnerable to physical and sexual abuse, harassment. There have also been reports of human trafficking and girls disappearing from the camps.

Melanie Gallant, manager of humanitarian campaigns for Oxfam Canada, says these interviews shed light on some “shocking” statistics and “horror stories” that some of the Rohingya women have had to face in refugee camps in Bangladesh since fleeing their homes in Myanmar last year.

Some of the information suggests many of these women have likely survived attacks as a result of the current setup of living and sanitation facilities at the refugee camps, Gallant says.

“There’s a lot of shame often attached to having been attacked, especially when we’re talking about sexual violence, but a lot of things said in the interviews lead us to believe this is happening, and it’s something we not only need to respond to if it happened, but we need to put things in place to prevent it from happening.”

Other concerns have been raised about women who observe the cultural practice of “purdah,” which involves screening women and men from strangers, either through specific types of clothing or by using a curtain in the home. A lack of appropriate clothing as well as shared washing facilities is leading some women to not want to leave their homes, leading to sanitation and infection concerns.

Women have also developed infections from a lack of access to materials to manage their menstruation cycles, Oxfam says.

The end of August marked one year since nearly 725,000 Rohingya Muslims fled their homes following a military crackdown in the Rakhine state, perpetrated by the Myanmar security forces.

Canada has condemned the violence and has committed $300-million over the next three years to support displaced and other vulnerable populations.

Gallant says that Canada has been a leader when it comes to responding to the security crisis and has placed a focus on the needs of women and girls in its approach to its humanitarian aid but there is room for improvement.

More female staff and more stand-alone programming to address the practical needs of women and girls are needed in the region, the agency recommends.

Meanwhile, the Rohingya refugees will also likely continue to face a series of other concerns as displaced people living in camps in South Asia.

On Tuesday, the United Nations issued a separate, unrelated report raising concern about a rise in global hunger, which highlighted a higher prevalence of food insecurity among women in South Asia. It pointed to climate change as the culprit for increasingly volatile weather patterns, which have hurt major crops – a situation that is only expected to worsen as global temperatures continue to rise.

In a statement last week, Foreign Affairs Minister Chrystia Freeland said Canada “remains committed to addressing the humanitarian and security crisis in Myanmar and Bangladesh,” highlighting the financial commitments made over the last year.

Opinion
As a witness to the aftermath of Rohingya genocide, I know Canada must act
September 9, 2018 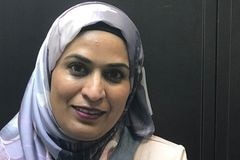 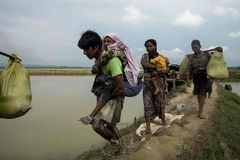 International Criminal Court says it has jurisdiction over alleged crimes against Rohingya
September 6, 2018 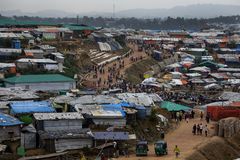