The Italian government, rattled by a string of record daily COVID-19 fatalities, announced another clampdown that will shut almost all industrial activity in Europe’s third-biggest economy.

Russia began sending planeloads of medics and hospital supplies to Italy on Sunday as the country reported another surge in new coronavirus cases and fatalities. Meanwhile, German Chancellor Angela Merkel went into self-quarantine after learning that a doctor who had given her a vaccine on Friday, for an unrelated pneumococcal infection, had tested positive for the virus.

Italian Prime Minister Giuseppe Conte, in a new decree, shut down all but essential business and industrial activity, including car factories. He said Italy faces its biggest crisis since the Second World War and that tightened shutdowns were needed to slow the spread of the disease.

On Sunday night, Italy reported 651 new COVID-19 deaths, taking the total to 5,476 – more than 2,000 in excess of China’s tally. New cases rose by 5,560, taking the total to 59,138. The only good news was that both the new cases and deaths marked a fairly hefty decrease from the record rises set on Saturday, when almost 800 new fatalities were seen.

Mr. Conte’s latest decree amounts to a total shutdown of the economy, sparing only supermarkets, pharmacies, post offices, banking services and scaled-back public transportation. “Stay home, we don’t have a choice,” he said in a televised address.

He has pleaded for medics and emergency supplies for the hospitals in the northern part of the country, which are overflowing with critical-care patients. So far, Russia, China and Cuba, one of the world’s poorest countries, have responded.

Mr. Conte requested support from Russia on Saturday, when he talked to President Vladimir Putin. The Russian embassy in Rome on Sunday said that nine Ilyushin 76 aircraft, one of the world’s biggest military cargo planes, were en route to Italy. Russia said the planes were carrying eight medical teams, including “leading specialists of the Russian Ministry of Defence in the field of virology and epidemiology,” as well as equipment such as protective gear and trucks that spray disinfectants.

Italy’s La Repubblica newspaper and RAI, the national broadcaster, on the weekend said that the Czech Republic customs officers had “arbitrarily seized” an enormous shipment of medical equipment, including pulmonary ventilators and almost 700,000 face masks, that were destined for Italy. China has sent medics to Italy and had also agreed to deliver ventilators and other equipment for the overwhelmed northern hospitals.

The Czech incident triggered an uproar in Italy. Czech Interior Minister Jan Hamacek said in a Saturday tweet that an investigation revealed that “only a minor part” of the medical shipment was destined for Italy and that his government would make sure “that Italy will not be losing anything.”

Still, the incident heightened anxieties among Europeans as COVID-19 cases surged across the European Union and EU countries appeared to adopt an every-country-for-itself strategy by implementing border restrictions and export bans of crucial medical equipment. Italy is preventing its lone ventilator factory, Siare Engineering International, from exporting the breathing machines.

The sharp increase in COVID-19 cases and fatalities across the EU on the weekend snuffed out any hopes that the infections would stay largely isolated to northern Italy.

Spanish Prime Minister Pedro Sanchez declared a national “state of alarm” a week ago and implemented an Italian-style shutdown that has, so far, failed to slow the alarming rise in cases. On Sunday, Spain recorded 375 new deaths, taking the total to 1,756. The number of new cases leaped by more than 3,100 over Saturday, taking the total to 28,603, putting Spain fourth in the world, behind China, Italy and the United States.

Spain, like Italy, is critically short of life-saving hospital equipment. At some Spanish hospitals, doctors and nurses have run out of protective clothing and were wrapping plastic garbage bags around their arms. All medics in critical-care wards risk exposure to the disease.

By the weekend, 13 Italian doctors had died from COVID-19; two of them were in their 70s and had come out of retirement as the national health service pleaded for doctors. About 2,600 medical staff were infected, taking them out of commission when they were needed most.

The shutdowns across Europe are expected to plunge most EU countries into recession, potentially a deep one; Italy and Germany were on the verge of recession even before the coronavirus began to hit the continent in February.

With the European Central Bank running short of ammunition to stimulate the economy, governments are preparing massive spending plans, led by Germany, the biggest EU economy.

The Financial Times on Sunday reported that the German government, which in normal times abhors running budget deficits, was on the verge of unveiling a €500-billion (around $771-billion) bailout fund to help rescue companies damaged by the coronavirus outbreak. The rescue effort would include €100-billion to take equity stakes in failing companies.

There was little sign, however, that an EU-wide rescue effort was imminent, even though Mr. Conte has pleaded for the EU’s €500-billion bailout fund, the European Stability Mechanism, to extend credit lines to EU member states to fight the virus. 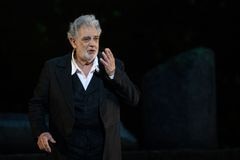