More than two million Ukrainians have fled into Poland since Russia’s invasion began, and many more are expected to arrive as the fighting intensifies. But Margaret Demkiv was heading in the opposite direction Thursday, back to Ukraine.

She lived in Kyiv with her husband before they relocated to a Ukrainian town near the Polish border shortly after the war broke out. And while she has since crossed into Poland, she refuses to stay there or go to a third country. “We have a choice every day to go anywhere – to Norway, to Spain and other countries. But for now I still feel my nation,” she said as she walked through the immigration checkpoint and into Ukraine. “I’m Ukrainian and I want to live in my home. I like the mentality of our people. My choice is be here in my country.”

Ms. Demkiv is among the small but steady trickle of war refugees who have been returning to Ukraine from Poland. Many live near the border and just want to check in on their relatives or see if their homes are still standing, leaving open the possibility of returning to Poland. Others plan to head home for good and take their chances that the war has reached some kind of stalemate.

Now that the flow of refugees has also begun to slow, some Ukrainians are making day trips to a grocery store in Medyka, a small town in Poland, just across the border, to pick up supplies that are running short in Ukraine. One group of women carried shopping bags stuffed with milk and fresh vegetables Thursday as they walked back over the border.

At the Przemysl train station, Mike Dobson was going to Ukraine for a much different purpose on Thursday.

Mr. Dobson is from Pelly Crossing, Yukon, and has recently been working at a fishing lodge in Ontario. Now he’s hoping to join Ukraine’s Territorial Defence Forces and fight the Russians.

“I decided to do this the day the invasion happened,” Mr. Dobson said as he made his way to buy a train ticket for Lviv. “I was saying I would love to do this, and then when President Zelensky called out for foreign volunteers I’m like, yup, I’m definitely going.”

Mr. Dobson, 36, said he’s had three years of military training and has been in constant contact with the Ukrainian embassy in Ottawa about the required documentation and supplies. He’s received some support from friends on Facebook and lashed out at those who have been critical of his decision to fight. “You know there’s all these people that say they’ll do anything to help,” he wrote in a recent post. “Well Ukraine is pleading for help and where are we? What are you doing? And you want to judge me for going to help? Go kick rocks in bare feet!!”

He has no personal connection to the country nor any Ukrainian roots. “The connection is democracy – that’s what the connection is. We need to stand together to protect democracy,” he said. “I couldn’t sleep at night if I didn’t do something.”

He had teamed up with five Americans who were also planning to join Ukraine’s reserves, an all-volunteer force largely made up of civilians. Joshua Mitchell, a landscaper from Fresno, Calif., was among them.

“I was watching what everyone else was watching on television and I think I just couldn’t live with it any more,” Mr. Mitchell said as he stood in the train station wearing battle fatigues and carrying a stuffed backpack. “I knew that I wanted to be a part of it. And if I didn’t do it, I knew I wouldn’t be able to live with myself.” He said he had nine years of military training in the U.S. and wanted to do his part to make sure Ukrainians “can have their chance at sovereignty freedom, which is just an absolutely beautiful thing.”

He had left his wife, seven children and his business behind. He said he had saved up three months of wages for his employees. After that, “my workers have said that they will do what they can on their own.”

His departure has raised eyebrows back home. His company, JDM Landscaping Inc., is facing legal troubles over allegations involving shoddy work that caused hundreds of thousands of dollars in damage, according to media reports. His lawyer, Jeremy Dobbins, told local reporters that Mr. Mitchell denied the allegations and looked forward to fighting the allegations in court.

Mr. Mitchell also resigned as mayor of Sanger, Calif., in 2015 amid conflict-of-interest allegations involving his landscaping company. He was fined US$6,000 by the Fair Political Practices Commission and paid another US$7,000 fine for election law violations.

On Thursday, Mr. Mitchell said he planned to stay in Ukraine for as long as necessary. “You got to do the right thing,” he said.

In photos: Ukrainian refugees in Poland 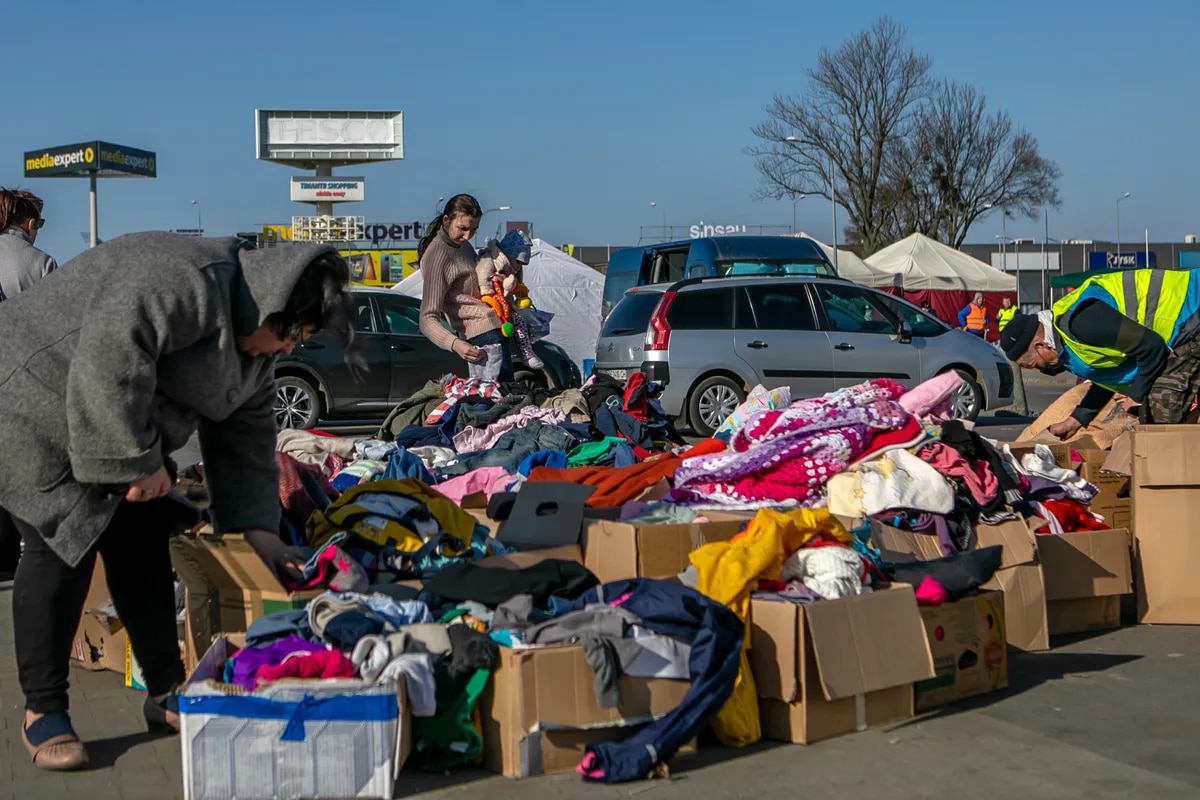 At the Humanitarian Aid Centre, a play area has been set up for children; nearby, adults have boxes of donated clothes to choose from. 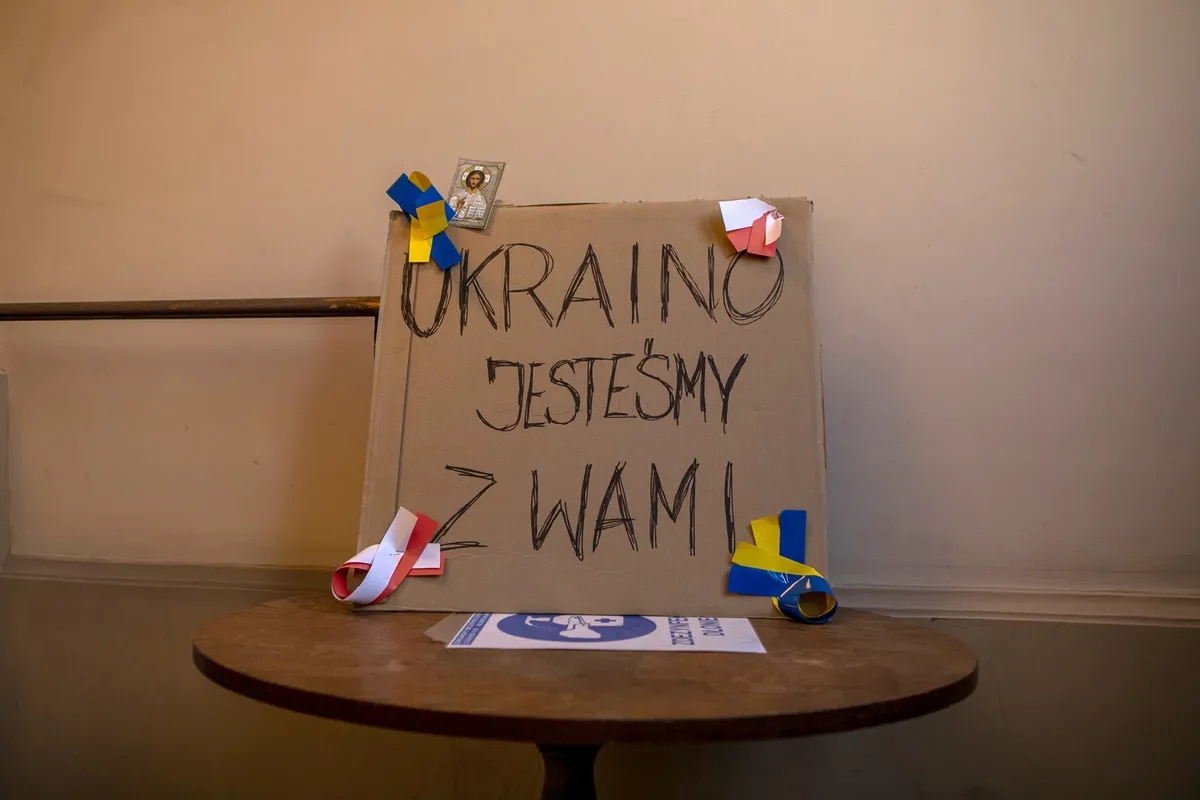 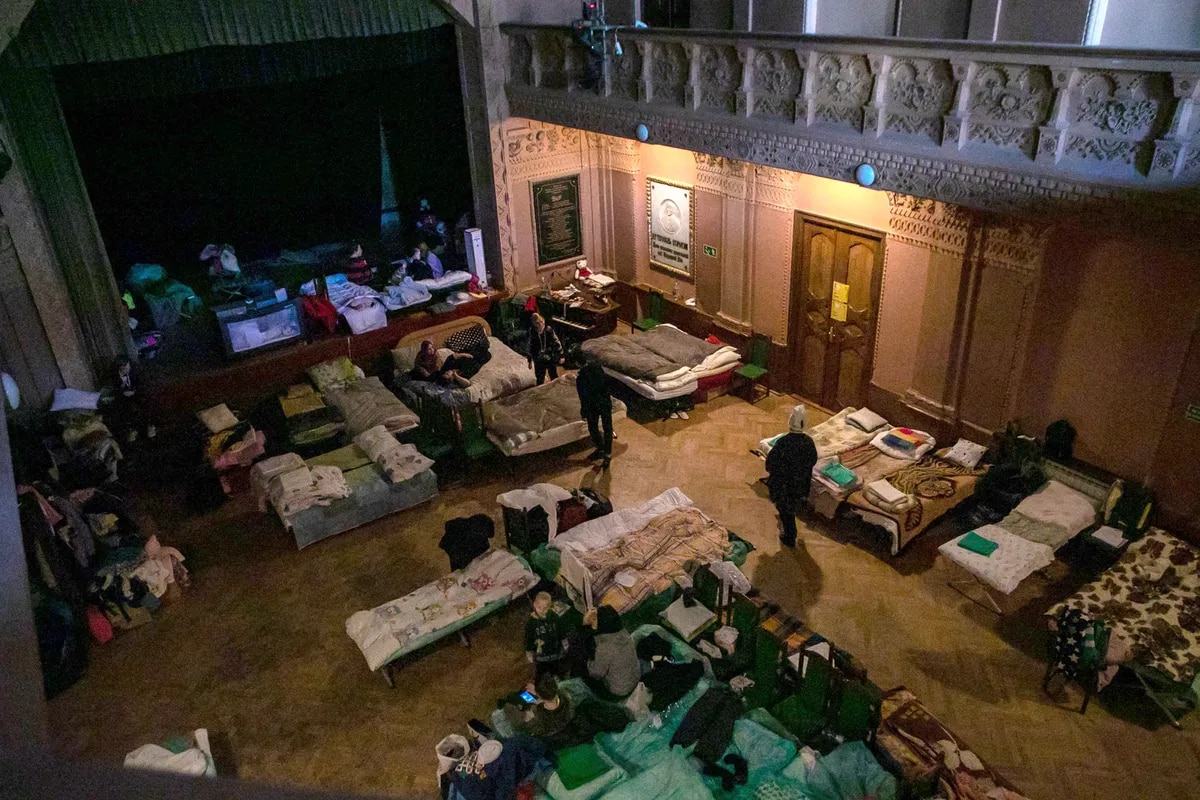 A sign at Ukrainian House reads ‘Ukraine, we are in you.’ Refugees settle in for the night.

Exodus from Ukraine: More from The Globe and Mail

Women and children have made up most of the exodus from Ukraine, and some risk becoming targets of human traffickers. Reporter Janice Dickson spoke with The Decibel from Slovakia about what she saw at the border. Subscribe for more episodes.

On their phones, refugees in Slovakia keep mementoes of home

Ukrainians and residents in Warsaw, once strangers and now roommates, try to find common ground