When the Russians landed in northern Mozambique in late September to fight the local insurgents, they brought a sophisticated array of high-tech military tools, including drones and data analytics.

But neither their modern weaponry nor their experience in war zones such as Syria were enough to conquer their opponents. After suffering a series of ambushes and nearly a dozen reported deaths, the Russian private military contractors have gone into a “strategic retreat” as they seek a new operational plan, analysts say.

The retreat shows the complexity of combatting the shadowy Islamist insurgency in Cabo Delgado, the gas-rich northeastern province of Mozambique and the site of up to US$60-billion in announced gas projects by multinational energy companies, the biggest planned investment in Africa today.

It also shows the obstacles faced by Moscow as it attempts to expand its influence across Africa by using a combination of military, political and economic levers. This year alone, Russian military contractors have been active in Libya, Mozambique, Sudan and Central African Republic.

An estimated 200- to 300-military contractors from the Wagner Group, a private company owned by a Russian businessman with close Kremlin connections, arrived in Cabo Delgado in late September. Just a few weeks earlier, Mozambique President Filipe Nyusi had visited Moscow and reached an agreement with Russian President Vladimir Putin on several military and economic co-operation deals, including possible energy projects for Russian investors.

About 500 people have died in hundreds of insurgent attacks in Cabo Delgado over the past two years. The insurgency is believed to be linked to Islamist forces, including some fighters who may have crossed borders from East Africa. But there is no single organization behind all of the attacks, and other factors could include the high unemployment and economic desperation in the province, the presence of an international drug trade in the region and widespread fears of being excluded from the natural gas boom.

Alex Vines, a Mozambique expert who heads the Africa program at the London-based Royal Institute of International Affairs, believes Mr. Putin offered the deployment of the Wagner Group during the meeting in Moscow in August, and Mr. Nyusi accepted the offer.

“The Russians naively thought that technology, drones, analytics, and experience in Syria and elsewhere would mean that this is a pretty easy operation for them,” Mr. Vines said at a briefing this week in Johannesburg.

“They’ve been rather shocked,” he said. “They are finding it difficult. They have done a strategic retreat to rethink their operational plan.”

Reports by media outlets in Mozambique, South Africa and Moscow have suggested that at least 10 or 11 of the Russian military contractors were ambushed and killed in several battles in densely forested districts of Cabo Delgado, and several of the Russians were beheaded. Some bodies have reportedly been brought home to Russia for burial.

Mr. Vines, at a briefing organized by the South African Institute of International Affairs this week, said the reports of Russian deaths are still unconfirmed. The Russian contractors have regrouped and will make another effort to fight the insurgents, he said.

“I was in Moscow fairly recently, talking to Russian officials, and they admit the complexity of Cabo Delgado,” he said. “They underestimated how difficult it was.”

The tactics against the insurgents in Cabo Delgado so far are reminiscent of the “clumsy authoritarian” tactics of the early campaigns against the Islamist militia known as Boko Haram in Nigeria, Mr. Vines said.

The Mozambique authorities should realize that the deployment of private military contractors could backfire and make the crisis worse, he said. 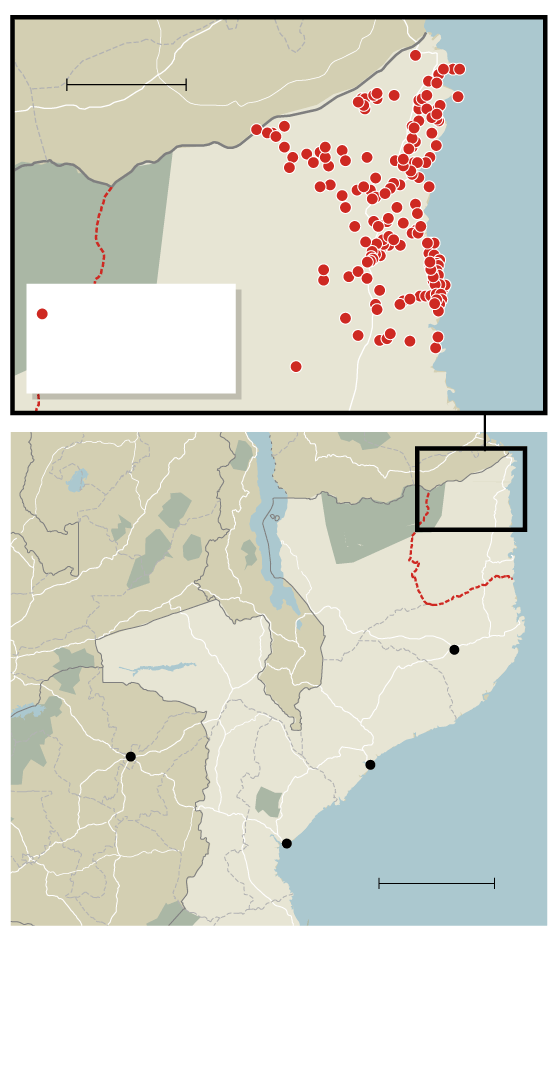 OPENSTREETMAp; club of mozambique (via 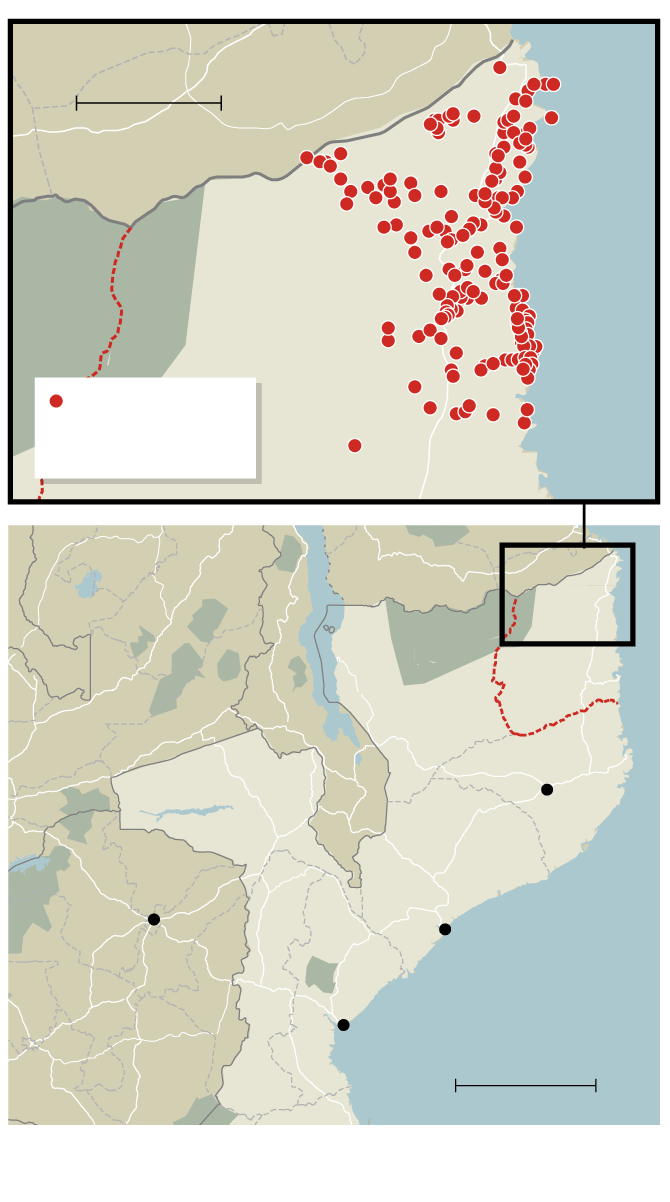 club of mozambique (via Jasmine Opperman, the Terrorism 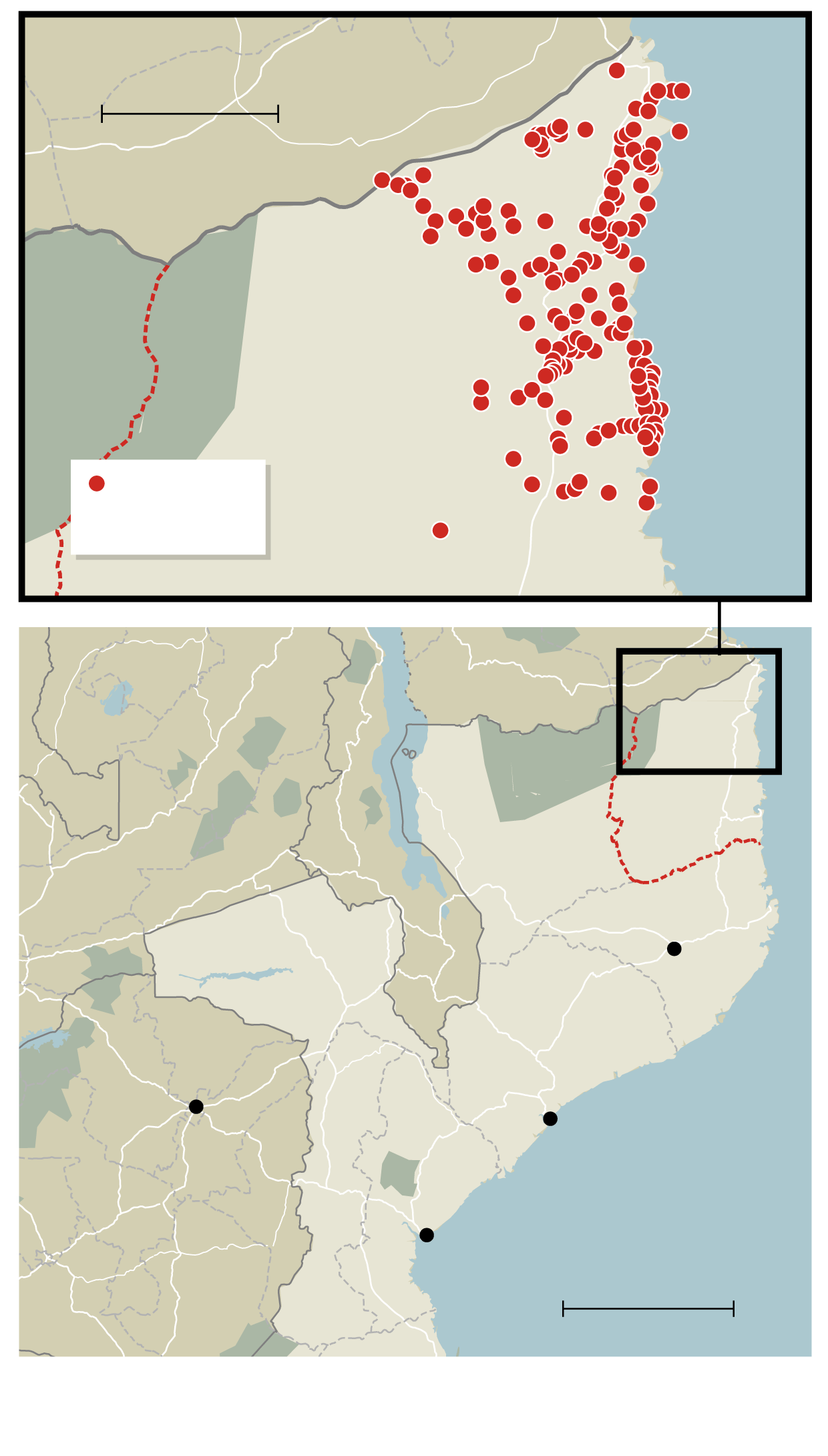 “This methodology at the moment isn’t going to deliver, and they need to think very carefully about how to move forward. It’s a smallish problem still, despite how horrible it is, but it could get way worse over the next year if they’re not very careful.”

Another analyst, David Matsinhe, said the Russian military contractors could also be hampered by tensions between the Russians and the Mozambique army, which has a heavy presence in Cabo Delgado.

“The Mozambique army has a lot of business interests, and there is an underground economy that the army is benefiting from,” Mr. Matsinhe told The Globe and Mail in an interview.

“The army wants to retain full control, and if the Russians are seen as limiting this, it won’t go down well.”

Mr. Matsinhe, co-author of a report on Cabo Delgado last month for the Africa-based Institute for Security Studies, was travelling with a fellow researcher in Cabo Delgado last December when they were detained by Mozambican soldiers and held incommunicado under armed guard at a military camp for two days.

Mozambique’s ruling party, Frelimo, doesn’t understand the insurgency in Cabo Delgado and hasn’t been able to respond effectively to the attacks, he said. “It reminds me of the United States in Vietnam.”