Alexey Kovalev’s mother – who cheered the fall of the Soviet Union 28 years ago – couldn’t believe what her son was about to do: cast a ballot for a Communist Party candidate in Sunday’s controversial city council elections in the Russian capital.

“She said, ‘Are you crazy?’ ” Mr. Kovalev recounted after calling his mom as he walked toward his designated polling station near the southern edge of Moscow. “I told her that I’m doing it out of spite.” It was also an exercise in strategic voting.

Such is the state of Russian democracy that liberal-minded voters such as Mr. Kovalev, a 38-year-old independent journalist with a degree from a British university, found themselves voting on Sunday for the political descendants of Lenin and Stalin. The hope was that doing so might help defeat candidates from the pro-Kremlin United Russia party and chip away, a little, at President Vladimir Putin’s monopoly on power in the country.

The absurd situation was created by the Kremlin, which barred dozens of opposition candidates from standing in the vote, including nearly all of those affiliated with Alexey Navalny, Mr. Putin’s most prominent domestic critic. That sparked a summer of protests, with tens of thousands of people taking to the streets of Moscow as anger over the conduct of a relatively unimportant city council vote mixed with resentment over a stagnant economy and government policies including a 2018 move to raise the pension age.

The protests were among the largest that Mr. Putin has faced during his 20 years in power.

There was a thick police presence in the centre of Moscow on Sunday, but little in the way of protest. Instead of marching, Mr. Navalny called on his supporters to vote tactically, and to support whoever had the best chance of defeating the United Russia candidate in their district.

In some places that meant supporting an independent candidate, in others that meant backing one of the main parties tolerated by the Kremlin as opposition: either the Communists or the far-right Liberal Democratic Party of Russia.

In Mr. Kovalev’s case, that meant going to a polling station housed in his former high school – the same polling station where he had watched his parents vote for democracy and Boris Yeltsin as the Soviet Union fell apart in 1991 – holding his nose and voting for the Communists.

“If we vote in more of them [the Communists], they’ll feel empowered and drum up more formidable resistance to United Russia,” Mr. Kovalev said. “Even if we don’t agree with their ideas.”

It was a leap of faith that was repeated across Moscow and 85 other Russian cities that held local elections on Sunday.

“Smart voting,” as Mr. Navalny labelled his campaign, was harshly criticized by former political prisoner Mikhail Khodorkovsky, who warned last week in an interview with The Globe and Mail that the Communists and the far-right LDPR were both under de facto Kremlin control, and not “genuine” opposition movements.

Mr. Khodorkovsky said the city council elections – normally a low-key affair – had taken on unusual importance because both the opposition and the Kremlin were treating the vote, and the accompanying demonstrations, as a test run for parliamentary elections in 2021, as well as the end of Mr. Putin’s term in office in 2024.

It won’t be clear until Monday, when official results are released, whether Mr. Navalny’s tactic succeeded in changing the makeup of the previously pro-Kremlin city councils in Moscow, St. Petersburg and elsewhere.

Early results suggested turnout in Moscow looked to be around 20 per cent, or roughly the same as in the previous city council vote five years ago.

As in most recent Russian elections, there were widespread reports of fraud. Several online videos appeared to catch voters stuffing ballot boxes with fistfuls of premarked papers.

Stanislav Andreychuk, a member of Golos, an independent election-monitoring group, said a call centre set up by the group was investigating about 1,000 complaints it received from polling stations around the country on Sunday. One difference from previous elections appeared to be the number of violations recorded in the capital.

“Previously, Moscow tried to make an image of being a democratic territory, but right now we see a lot of problems with that,” Mr. Andreychuk said. At the same time, he added, Muscovites were pushing back. “The difference we see this year is that society has started to fight back against these violations, including people who were not very active in previous years – academics, for example, and students.”

The Kremlin has responded to protests with increased repression. Grigory Durnovo, of the police-monitoring group OVD-Info, said more than 2,700 people had been arrested in July and August.

Mr. Durnovo said his group believed more demonstrations were possible in the days ahead, especially if the official results were seen as having been tampered with.

The tension in society was on display in the polling station where Mr. Kovalev, the journalist, cast his ballot.

At one point, an argument broke out between a United Russia supporter and another man who was observing the voting on behalf of the Communist Party. Viktor Kolesnikov, the 72-year-old United Russia supporter, said the ruling party had done “only good things.” He criticized the predominantly youthful crowds that had taken to the streets of Moscow over the summer as pampered. “If I were younger, I’d smack them myself,” he said.

Alexey Volodin, the Communist Party member, retorted that the local United Russia candidate had lied even on his official biography, claiming to have served only one term as councillor when in fact he’d been in office since 2004. “If any of the other candidates had done this, they would have been disqualified,” he shouted as Mr. Kolesnikov’s wife pulled him away.

Mr. Kovalev chuckled as he watched the scene. “There’s this perception out there that Putin is this mastermind, meddling in elections here and there – when in fact, his people can’t even manage local elections without making them into an international scandal.” 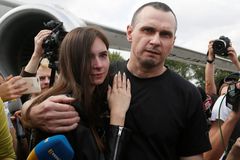 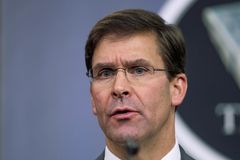 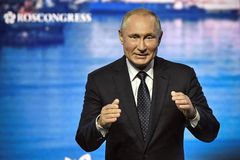