The UN executions investigator said on Wednesday that leaders attending the G20 summit in Osaka, Japan, this weekend should press Saudi Arabia to take “full responsibility” for what she called the state murder of journalist Jamal Khashoggi.

An official Saudi Arabian investigation into his killing by Saudi agents has failed to examine who may have ordered the killing and ignored key suspects, said Agnes Callamard, UN investigator on extrajudicial executions.

Saudi Crown Prince Mohammed bin Salman, a key adviser, and other senior officials should be investigated over the premeditated murder at its consulate in Istanbul given the evidence against them, Callamard.

Saudi officials have long denied suspicions in the CIA and some Western countries that the crown prince, the kingdom’s de facto ruler, ordered the killing in October.

Callamard was asked by reporters what delegations attending the G20 should raise in bilateral meetings with the Saudi delegation – headed by the crown prince.

“I have insisted that the killing of Mr. Khashoggi is a state killing. It is not a killing by rogue officials as the government continued to pretend,” she said.

“It is therefore important that the countries that will be present in the G20 insist that the state of Saudi Arabia do take its full responsibility for the killing”,” she said.

In her report this month she urged states to widen sanctions to include the crown prince and his assets abroad, unless he can prove he is not responsible.

Callamard undertook her own inquiry due to what she called “paralysis” of the United Nations. She voiced disappointment at a spokesman for UN Secretary-General Antonio Guterres saying that he had no power or authority to launch an international criminal investigation unless initiated by states.

“I certainly call on member states to proceed with that official demarche so the Secretary-General will not be able to just create more firewalls between him and his responsibilities to take action against impunity,” she said on Wednesday.

Her investigation had found “credible evidence warranting further investigation of “high-level Saudi officials’ individual liability, including that of the Crown Prince of Saudi Arabia and his key adviser (Saud) Qahtani,” she told the UN Human Rights Council.

“The investigation carried out by the Saudi authorities has failed to address the chain of command,” she said.

Abdulaziz Alwasil, Saudi ambassador to the UN in Geneva, said Callamard’s report was “based on prejudice and prefabricated ideas”.

“This is why we reject any attempt to remove this from our national justice system in Saudi Arabia, irrespective of the form that may take,” Alwasil told the council.

Qahtani, seen as the right-hand man to Prince Mohammed, was removed as a royal court adviser and is the highest-profile figure implicated in the incident. However, he is not among 11 on trial.

“The prosecutor in a public statement has recognised that one particular person, Saud al-Qahtani, incited the mission before it departed, calling Mr Khashoggi ‘a national threat’, and yet this particular individual has not been indicted,” Callamard said, noting that a total of 15 Saudis were involved.

Hatice Cengiz, a Turkish writer and Khashoggi’s fiancée, told the Council: “I want to know who gave the order to kill Jamal and who else knew. I want to know where is his body.”

“Those who are behind the murder and cover-up should face punishment,” she said. 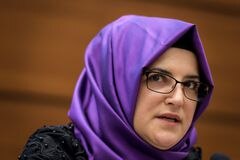 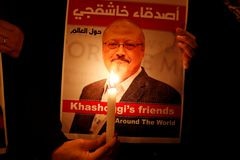 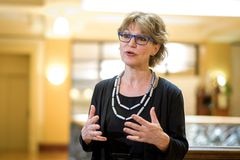