An Israeli company known for its sophisticated phone surveillance technology on Monday rejected accusations that its snooping software helped lead to the killing of Saudi journalist Jamal Khashoggi.

The NSO Group has faced similar claims in the past that its products were used to stifle dissent in other countries. But the alleged connection to the Khashoggi killing is the most high-profile case to date, drawing new attention to the secretive company’s business practices and the Israeli government’s oversight of private defence contractors.

The latest case against NSO was spelled out in a lawsuit filed in an Israeli court Sunday by a Saudi dissident. In the suit, Omar Abdulaziz, a sharp online critic of the Saudi royals who lives in exile in Canada, said he was friends with Khashoggi and that their communications were monitored by the Saudis using NSO software.

Abdulaziz also believes that his co-operation with Khashoggi was a “crucial factor” in the killing of the U.S.-based columnist for The Washington Post. The men had been working on a project to rein in pro-monarchy Saudi trolls.

Alaa Mahajna, a lawyer for the Saudi dissident, said the suit alleges that NSO sells technology to “dictatorship states” like Saudi Arabia to spy on journalists and human rights activists.

“The lawsuit proves that by using this technology, Saudi Arabia succeeded to follow after Jamal Khashoggi and his interactions with Omar Abdulaziz,” he said.

The lawsuit says Abdulaziz was notified that his phone was compromised by internet watchdog Citizen Lab. It cites news reports and other sources claiming that NSO Group sold Saudi Arabia the technology in 2017 for $55-million. Abdulaziz is demanding about $160,000 in damages and an order preventing NSO from selling its technology to Saudi Arabia.

NSO issued a statement calling the lawsuit “completely unfounded.” It claimed the suit was based on inaccurate “press clippings” and showed “no evidence that the company’s technology was used.”

“We take an extremely scrupulous approach to the licensing of our products – which are only provided after a full vetting and licensing by the Israeli government,” it said.

Israel’s Defence Ministry said it is “meticulous” in granting export licenses, but it declined to comment on its policies, citing security concerns.

The NSO Group’s smartphone-hacking technology has emerged as a favourite for authorities seeking to crush dissent across the Middle East and Latin America.

The Israeli firm’s software is part of a larger family of malware that allows spies to take remote control of phones from anywhere in the world – turning the devices in targets’ pockets into powerful surveillance tools.

The company said its products “are licensed for the sole use of providing governments and law enforcement agencies the ability to lawfully fight terrorism and crime in the modern age.”

Founded by Israeli entrepreneurs, NSO was sold in 2014 for $130-million to the U.S. private equity firm Francisco Partners. Today, it employs some 600 people and is believed to be valued at over $1-billion.

The secretive company rarely speaks to the media, does not publicly identify its customers and does not even have a website.

But a person familiar with NSO said the company keeps tight oversight over its sales. He said the company will not do business with 21 countries, including Russia, China and Turkey, as well as many others blocked by the Defence Ministry.

He also said NSO has an “ethics committee” that includes human rights experts and former U.S. officials that must vet every sale. He said the committee has blocked over $100-million in deals over the past three years, though he declined to elaborate. He spoke on condition of anonymity because he was discussing inside corporate information.

The company says it does not assist its customers in the actual monitoring process. But the person familiar with NSO said the company has a number of safeguards to prevent misuse of its products.

For instance, it can restrict in which countries the product will work, and it limits how many people can be targeted by its flagship “Pegasus” product. He estimated that at any given time, there are no more than 150 to 200 “targets” among all of its customers worldwide.

“We do not tolerate misuse of our products. If there is suspicion of misuse, we investigate it and take the appropriate actions, including suspending or terminating a contract,” the NSO statement said.

NSO has been under the spotlight for months as dissidents, journalists and other opposition figures have claimed the company’s technology has been used by repressive governments to spy on them. These include Mexican and Qatari journalists who have already filed lawsuits against the company and an Amnesty International employee who was allegedly targeted by the software.

Any possible use of Israeli technology to police dissent in the Arab world could raise uncomfortable questions both for Israel, which still sees itself as a bastion of democracy in the region, and for countries with no formal diplomatic ties to the Jewish state.

Israeli Prime Minister Benjamin Netanyahu frequently boasts of warming ties with Arab states, in what is widely seen as a reference to Saudi Arabia. Last month, Netanyahu paid a landmark visit to the Gulf state of Oman. He has promised that there will soon be additional announcements.

Any Israeli connection to the Khashoggi killing – even indirect or unintentional – could complicate Netanyahu’s strategy. It also could draw scrutiny to the Israeli Defence Ministry’s opaque export policies.

Itay Mack, an Israeli human rights lawyer who is highly critical of Israeli weapons exports, said the Defence Ministry has notoriously lax policies for the lucrative industry, giving Israel an advantage over competitors.

“What Israel is offering is no limitations,” he said. He noted that when Philippine President Rodrigo Duterte visited in September, for example, he praised the ease of buying Israeli weapons. “It’s the same story with spyware,” Mack said.

Mack filed a petition with an Israeli court last year to halt NSO’s use of its technology in Mexico after reports that it was being used to target human rights activists, lawyers and journalists. The court ruling remains under a gag order. 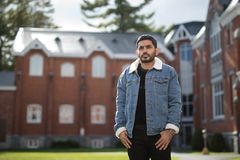 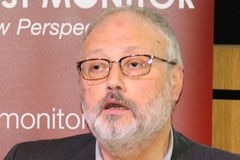 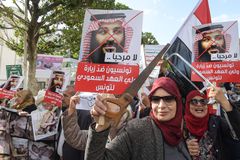