Saudi human-rights activist Loujain al-Hathloul, who began advocating for women in the kingdom whilst studying at the University of British Columbia, has been released from prison after serving 1,001 days on charges that sparked an international uproar over her country’s persecution of protesters.

Three of her siblings in Canada and Belgium took to Twitter on Wednesday to share news of the 31-year-old’s release. Ms. al-Hathloul is now living with family in Saudi Arabia under strict conditions that include three years of probation and a five-year ban on travelling outside the kingdom.

Ms. al-Hathloul and a number of other activists were rounded up in 2018. She was sentenced to almost six years in prison last December under a vague and broadly worded counterterrorism law. But she was released early after a judge suspended much of her sentence and gave her credit for time served.

“Loujain is at home, but she is not free. The fight is not over,” her sister Lina al-Hathloul wrote on Twitter. “I am not fully happy without the release of all political prisoners.”

Her brother Walid al-Hathloul, a real estate professional who is stranded in Toronto because he cannot leave Saudi Arabia if he returns, tweeted: “This global campaign wouldn’t have worked without the hard work of everyone... It’s been a crazy 3 years but the fight is not over yet.”

Mr. Biden has vowed to review the U.S.-Saudi relationship to take human rights and democratic principles into greater consideration.

“I have some welcome news that the Saudi government has released a prominent human-rights activist,” Mr. Biden said in a speech at the Pentagon. “She was a powerful activist for women’s rights and releasing her was the right thing to do.”

Global Affairs Canada referred The Globe to an official tweet welcoming the release of Ms. al-Hathloul and another activist, Noof Abdulaziz, when asked for comment. The Department triggered a furious backlash from Riyadh in 2018 when it supported Ms. al-Hathloul and other protesters by posting on Twitter in English and at least once in Arabic that Canada was “gravely concerned about … arrests of civil-society and women’s-rights activists.”

Uma Mishra-Newbery, an al-Hathloul family friend and organizer of the international Free Loujain campaign, told The Globe and Mail that she is unaware of whether Canadian diplomats helped secure Ms. al-Hathloul’s early release. But she noted Amnesty International’s Canadian chapter has done lots of work fighting for her freedom and helping her brother in Toronto.

Ms. al-Hathloul had launched hunger strikes to protest her imprisonment and joined other female activists in telling Saudi judges that she was tortured and sexually assaulted by masked men during interrogations. The women say they were caned, electrocuted and waterboarded, with some alleging they were groped and threatened with rape.

Ms. Mishra-Newbery said in a phone interview from her home in Geneva that Ms. al-Hathloul will continue her campaign to fight the oppressive system of Saudi male guardianship. She said activists are focused on getting women the right to run for office as well as creating shelters for women and girls fleeing domestic violence, noting the case of Rahaf Mohammed al-Qunun, who sought asylum in Canada as an 18-year-old to escape an abusive family.

“There are hundreds of other women and girls who are facing the same issue and the problem is that they are abused by the same guardians that they have to seek legal freedom from,” Ms. Mishra-Newbery said.

Ms. al-Hathloul came to Canada’s West Coast fresh out of high school in 2007 to improve her English before university, her brother Walid al-Hathloul has told The Globe.

By the end of her studies at UBC in 2013, his sister had developed a sizable following on the social-media platform Kik advocating for women’s rights in Saudi Arabia, Mr. al-Hathloul said. 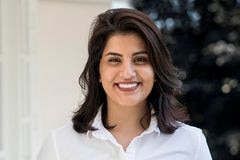 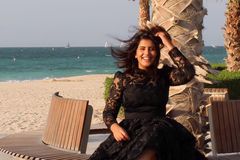