The United States imposed sanctions on Thursday against 17 Saudi officials believed to have been involved in the murder of journalist Jamal Khashoggi, and Canada signalled it may soon follow suit.

Mohammed al-Otaibi, the Saudi consul-general to Istanbul at the time of the killing, is also among the 17 Saudis targeted by the measures the U.S. Treasury Department announced. The sanctions were applied under the Global Magnitsky Act, which usually implies a ban on travel to the United States and a freeze on any U.S.-based financial assets.

Canada has its own Magnitsky Act, and indicated it is preparing similar censure.

Foreign Affairs Minister Chrystia Freeland said on Thursday that the Trudeau government is considering sanctions, but had no announcement to make.

“We have been in close contact with the U.S. about those Magnitsky sanctions. Canada welcomes the U.S. actions,” she said. “That is a tool which we have found very useful in our foreign policy. And that is certainly something which in the coming days Canada is actively considering.”

Separately, Prime Minister Justin Trudeau said during a visit to Singapore on Thursday that his government wanted answers from Saudi leaders about their “perspective and their participation, potentially,” in Mr. Khashoggi’s murder.

While Canada is continuing to honour a $15-billion deal to sell light-armoured vehicles and other weapons to the Saudi military, Mr. Trudeau said that future trade deals would be re-evaluated in light of the Khashoggi case.

The latest Saudi version of events absolves the kingdom’s leadership of any blame.

Shaalan al-Shaalan, a spokesman for the Saudi public prosecutor’s office, told reporters in Riyadh 11 people had been indicted over the killing of Mr. Khashoggi, a prominent critic of the Saudi regime. Ten others were under investigation, Mr. al-Shaalan said, while three more were being sought for questioning in connection with the case, which has badly damaged Saudi Arabia’s international reputation.

Many say the murder of a prominent journalist who wrote columns for The Washington Post could only have been carried out with the Crown Prince’s approval. Several members of a 15-man team – referred to as a “hit squad” in Turkish media – have been identified as part of the Crown Prince’s security entourage.

The Saudi prosecution, however, said the team was dispatched to Istanbul only to persuade Mr. Khashoggi, who had been living in the United States, to return to Riyadh with them. When Mr. Khashoggi resisted, the team’s leader – who was not named in Thursday’s media conference – allegedly decided to kill him with a lethal injection.

Asked by a reporter whether the Crown Prince had had any role in the assassination, Mr. al-Shalaan replied: “He did not have any knowledge.” Mr. al-Shalaan said the squad was acting on the orders of Ahmed al-Asiri, who was fired as deputy intelligence chief last month.

A travel ban has also been imposed on Saud al-Qahtani, a former top aide to the Crown Prince, amid an investigation into his role.

Noha Aboueldahab, a visiting fellow at the Brookings Doha Center who specializes in criminal justice in the Middle East, said the Saudi prosecutor’s allegations seemed designed to blame “lower-level rogue types to protect those with command responsibility.”

The Turkish government has called for an international investigation and a trial on Turkish soil. Foreign Minister Mevlut Cavusoglu said on Thursday that Ankara “did not find some of [the Saudi prosecutor’s] explanations to be satisfactory,” adding: “Those who gave the order, the real perpetrators, need to be revealed. This process cannot be closed down in this way.”

Turkey is also frustrated that Saudi Arabia has not revealed the location of Mr. Khashoggi’s body. On Thursday, the Saudi prosecution said the dismembered remains were passed to a “local co-operator” in Turkey who was not identified.

President Recep Tayyip Erdogan’s government, which sees Saudi Arabia as a rival for influence in the Sunni Muslim world, has kept Mr. Khashoggi’s case in the headlines for the past six weeks with sensational details. After hinting it had an audio recording of the murder, Turkey shared the evidence last week with Western intelligence officials, including Canada’s spy chief, David Vigneault.

International outrage over the assassination has also led to renewed criticism of other Saudi policies, including the country’s role in the war in Yemen – which has killed more than 10,000 people – and a Saudi-led boycott of Qatar that began in 2017.

“Saudi Arabia, in the last three or four years, has done a lot without being held accountable,” said Mahjoob Zweiri, head of the Gulf Studies Centre at Qatar University. “With the Khashoggi crisis, the Turkish side wanted to tell the Saudis: ‘This time you will be stopped.’ ”

On Thursday – in what was seen as a response to international pressure – Saudi Arabia and its allied militias halted their attack on the Yemeni port city of Hodeidah, which is controlled by Iranian-backed Houthi fighters. Saudi Foreign Minister Adel al-Jubeir said his government was ready to support United Nations-led efforts to end the conflict.

Aid agencies have warned that a siege of Hodeidah could trigger a famine in the impoverished country, since 80 per cent of all food and medicine supplies pass through the port. 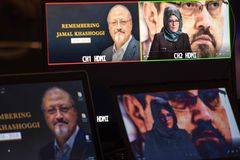