Silicon Valley, accustomed to coming under fire for its misdeeds, is contending with a new status: digital saviour. As the pandemic forces millions of people to stay home to slow the spread of the disease, technology companies are seeing a surge in popularity that has the potential to reshape public opinion about Big Tech.

With many offices and schools now closed, people are seeking out human connection using the same online tools that have been widely criticized for fostering digital addiction and loneliness. Employees have turned to video chats for workplace meetings and online happy hours. Parents who once fretted about how much time their children were spending on the internet are sourcing the best e-learning tools and organizing virtual play dates. Apple’s FaceTime and Facebook’s WhatsApp have suddenly become vital tools for families separated by travel restrictions and border closures. Amazon has become a go-to source for necessities such as groceries, toilet paper and diapers.

Tech companies have seized the moment to build goodwill, offering their vast computing resources and reams of data to hospitals, researchers and governments to help fight the pandemic. Earlier this week, Apple chief executive Tim Cook announced the company had used its global supply chain to source 10 million face masks to address shortages in the hardest-hit parts of the United States and Europe.

In an era of social distancing, tech platforms have suddenly become lifelines to the outside world in ways that are quickly recasting the debate about the perils posed by Big Tech. The shifting sentiment comes at an opportune time for major technology firms, which are facing a raft of regulatory investigations and have drawn bipartisan political scrutiny in the U.S. heading into a presidential election.

“It’s been really interesting to see the sea change in opinions and how people are saying: ‘We have to turn to all of these digital ways to communicate now to stay connected,’” said Jenna Clark, a senior behavioural researcher at Duke University’s Center for Advanced Hindsight. “What we should have been doing all along really is using these things properly.”

By forcing people to use social media and other online platforms to remain in constant contact with friends, family and coworkers, the pandemic is actually encouraging people to use the technology in ways that are most likely to make us feel better, Dr. Clark said. That could sway the opinion of some digital skeptics. “I do think we’re going to come out of this generally as a society with a more positive attitude toward these sorts of companies.”

Texas Christian University communications professor Andrew Ledbetter has spent a career studying how people use technology to maintain close relationships. But even he was shocked when a colleague he knew to be a tech skeptic signed up this week for a Facebook account. “I kind of felt like the world was ending when I saw his name pop up as somebody that had sent me a friend request on Facebook,” Prof. Ledbetter said. “In a world where the pandemic didn’t happen, that probably wouldn’t happen.”

The sudden rise in the number of people heading online has not erased all the problems of tech platforms, which have struggled to contain the spread of misleading posts about the novel coronavirus and ads pushing goods such as face masks and hand sanitizer at inflated prices. But with major tech firms facing multiple antitrust investigations in the U.S., the pandemic has given the industry a badly needed opportunity to build trust with lawmakers.

Changing public opinion about Big Tech could hold some sway with regulators, even if it’s unlikely to alter the outcome of antitrust investigations, said Stanford University law professor Douglas Melamed. “It would help their lawyers be trusted, their executives may be believed, but it’s not going to change the views of the government as to whether their conduct violated the law.”

At the same time, the growing centrality of tech companies as lifelines to people forced into physical isolation could end up working against the industry if companies fail to live up to their promises.

Already, tech firms are showing signs of faltering under the strain of increased demand. Amazon has said it would not accept new shipments of non-essential goods for several weeks as it struggles to meet a sharp rise in orders, drawing criticism from the third-party suppliers who rely on its distribution network.

“To the extent that people start having problems with the tech platforms – or if Amazon starts becoming more and more disabled in terms of becoming the supplier to all of us – then sentiment could turn against them,” Prof. Melamed said.

Thorny issues such as whether tech companies should have the power to ban people from their platforms take on added significance when social media becomes critical for work and daily life, said Dariusz Jemielniak, a professor of organization studies at Kozminski University in Poland and a visiting scholar at Harvard University’s Berkman Klein Center for Internet and Society. “It’s amazing that they’re supporting society at this time of need. But I think it is showing very clearly that they are so big that there’s no alternative.”

Still, Prof. Jemielniak and others say tech platforms can learn from how people use their technologies amid the pandemic to develop new tools that can help people stay connected in more positive ways.

For lawmakers, the lessons from the pandemic may clarify exactly which technologies and business practices are most harmful to society and must be regulated and which ones may actually be beneficial. “I think we can both appreciate Facebook or Instagram for how it connects us to other people while also questioning some of the privacy policies or surveillance policies or use of information that can occur through those technologies,” Prof. Ledbetter said.

The experience may also help clarify when we can use technology to foster real-life relationships and when it simply falls short, he said. “We still can’t give somebody a hug online. That’s still something you’ve got to be face to face to do.” 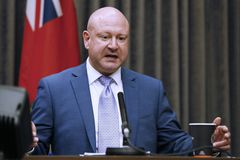