New York actress Allison Mack was arrested Friday on charges that she recruited women into a secret society led by self-help guru Keith Raniere in which they were forced to have sex with Raniere and were branded with his initials.

Mack, known for her role in the WB Television series Smallville, was charged with sex trafficking and conspiracy in an indictment unsealed on Friday. Mack, 35, pleaded not guilty at a brief hearing in federal court in Brooklyn before U.S. Magistrate Judge Cheryl Pollak.

Pollak declined to release Mack on bail, but said Mack might be released at a future hearing if she could offer “significant property” to secure her bail. A second hearing is scheduled for Monday.

Raniere, 57, was arrested last month and charged with sex trafficking. He is being held without bail.

“The allegations contained in the indictment are only that, allegations,” Sean Buckley, a lawyer for Mack’, said at Friday’s hearing. He declined to comment to reporters outside the courtroom.

U.S. authorities have accused Mack of recruiting women to join what purported to be a female mentorship group but was actually a secret society run by Raniere, the leader of a network of purported self-help groups based in Albany, New York, called Nxivm.

Prosecutors said women recruited into his secret society, who numbered as many as 50, were branded with Raniere’s initials, put on extremely restrictive diets to stay thin and forced to have sex with Raniere.

Upon joining, they were required to provide information about family and friends, nude photographs and rights to their assets - so-called collateral used to threaten them if they left, prosecutors said.

The women were taught that the society would empower and strengthen them, according to prosecutors.

Mack helped Ranier control the women in exchange for financial and other benefits from him, prosecutors said.

“Under the guise of female empowerment, she starved women until they fit her co-defendant’s sexual ideal, and she targeted vulnerable women,” Assistant U.S. Attorney Moira Kim Penza said at Friday’s hearing.

On its website, Nxivm calls itself “a community guided by humanitarian principles that seek to empower people and answer important questions about what it means to be human.”

In a letter on the site, Raniere said he was “deeply saddened” and denied “abusing, coercing or harming” anyone.

Marc Agnifilo, a lawyer for Raniere, said earlier this month that he was “confident these allegations will be soundly disproven.” 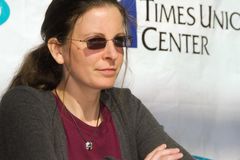 Authorities raid two homes linked to cultlike group Nxivm near Albany
March 27, 2018
Report an error
Due to technical reasons, we have temporarily removed commenting from our articles. We hope to have this fixed soon. Thank you for your patience. If you are looking to give feedback on our new site, please send it along to feedback@globeandmail.com. If you want to write a letter to the editor, please forward to letters@globeandmail.com.
Comments are closed