A rare inflammatory syndrome which researchers believe to be linked to COVID-19 is a concern although it has not led to any deaths of children in the United Kingdom so far, Britain’s health ministry said on Tuesday.

Italian and British medical experts are investigating a possible link between the coronavirus pandemic and clusters of severe inflammatory disease among infants who are arriving in hospital with high fevers and swollen arteries.

Doctors in northern Italy, one of the world’s hardest-hit areas during the pandemic, have reported extraordinarily large numbers of children under age 9 with severe cases of what appears to be Kawasaki disease, more common in parts of Asia.

Asked about the syndrome on LBC, Health Secretary Matt Hancock appeared to say that some children with no underlying health conditions had died from it. But the British health ministry later clarified that he had been speaking about COVID-19 more generally.

Hancock had said the condition was a new disease believed to have been caused by coronavirus and the COVID-19 virus.

“We’re not 100 per cent sure because some of the people who got it hadn’t tested positive, so we’re doing a lot of research now but it is something that we’re worried about,” Hancock said.

Children were until now thought to be much less susceptible than their parents or grandparents to the most deadly complications wrought by the novel coronavirus, though the mysterious inflammatory disease noticed in Britain, Spain and Italy may demand a reassessment.

“It is rare, although it is very significant for those children who do get it, the number of cases is small,” Hancock, one of the ministers leading Britain’s COVID-19 response, said.

Kawasaki disease, whose cause is unknown, is associated with fever, skin rashes, swelling of glands, and in severe cases, inflammation of arteries of the heart.

Britain’s National Health Service says the syndrome only affects about eight in every 100,000 children every year, with most aged under 5.

There is some evidence that individuals can inherit a predisposition to the disease, but the pattern is not clear.

Children either testing positive for COVID-19 or for its antibodies have presented gastrointestinal symptoms such as abdominal pain, vomiting and diarrhea in the last two weeks, the Spanish Pediatric Association said on Monday.

Though the children were otherwise in good health, their condition could evolve within hours into shock, featuring tachycardia and hypotension even without fever.

Most cases were detected in school-age or teenage minors, and sometimes overlapped with Kawasaki disease or toxic shock syndrome (TSS).

“It demonstrates just how fast moving this virus is and how unprecedented it is in its effect,” Atkins told Sky News.

Editor’s note: (April 28, 2020): This story has been corrected with a clarification from the British health ministry which said there are no confirmed cases of children who have died from the inflammatory syndrome. The ministry said Health Secretary Matt Hancock did not say that children have died. 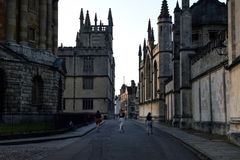 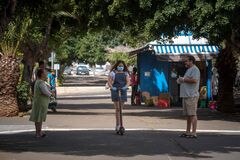 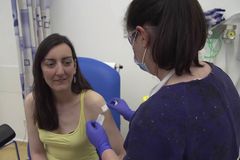