South African President Cyril Ramaphosa, desperate to revive a collapsing economy, has announced that his government will abandon most of its remaining COVID-19 lockdown restrictions, including a ban on alcohol and tobacco sales, despite evidence that the pandemic continues to spread across the country.

South Africa has the world’s fifth-largest number of confirmed cases of COVID-19 and remains in the top 10 in terms of new cases and new deaths per day. But in a country with soaring unemployment and rising poverty, Mr. Ramaphosa has faced enormous pressure to end the lockdown.

The easing of the rules will be “the greatest opportunity since the start of the pandemic to breathe life into our struggling economy,” he said in a televised speech to the country Saturday night.

For millions of South Africans, the pandemic and the government’s restrictions have meant “hardship and hunger,” he said. “It has caused pain, anxiety and despair that no person should have to endure.”

Even before the virus arrived, South Africa had fallen into a recession. Unemployment climbed to a record high of 30.1 per cent in the first quarter of the year. The economy is forecast to plummet more than 8 per cent this year – the worst slump in almost a century – while government revenue is falling and debt is escalating.

South Africa’s lockdown, which began in late March, has been one of the strictest in the world. To reduce hospital admissions and safeguard the health care system, the government banned the sale of alcohol. It has been effective in reducing trauma admissions by 35 per cent to 40 per cent in many hospitals but has provoked a huge backlash from the alcohol industry and the restaurant sector, both of which were heavily damaged by the ban.

It was lifted in early June, but hospitals soon reported a surge of coronavirus cases, compounded by a wave of alcohol-related violence and accidents, and the ban was reinstated in mid-July.

The government faced intensifying pressure from business groups as the lockdown continued. Key sectors such as the tourism industry, restaurants and wine producers have been severely hit by the restrictions, with millions of jobs affected.

After weeks of lobbying, Mr. Ramaphosa announced this weekend that the lockdown will be largely ended Tuesday. To rescue tourism, interprovincial travel will be allowed and leisure accommodations will be reopened. To boost restaurants and taverns, alcohol sales will be permitted for limited hours.

Mr. Ramaphosa said the easing of restrictions was justified by a reduction in daily coronavirus cases and a decline in hospital admissions. “All indications are that South Africa has reached the peak and moved beyond the inflection point of the curve,” he told the country.

But South Africa continues to report some of the world’s highest numbers of new cases and new deaths per day – even though its population is smaller than those of most other countries in the top 10. The country had recorded 587,345 cases and 11,839 deaths as of Sunday night.

Another major concern in South Africa is the lack of adequate testing and the continuing high rate of positive test results. The number of daily tests has dropped sharply over the past few weeks, so the decline in reported cases could be deceptive.

In recent weeks, the daily positive-test percentage has fallen from a peak of 28 per cent to about 16 per cent, but that still means that one-sixth of the country’s tests are positive – far above the rate in most other countries and the World Health Organization’s recommended maximum of 5 per cent.

Due to a shortage of testing capacity, South Africa has focused its testing on hospital patients and health workers. It has largely abandoned a community screening program, which means it lacks a strong sense of whether the virus is spreading widely in neighbourhoods and towns. 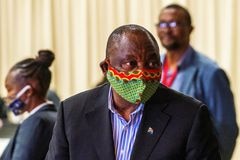 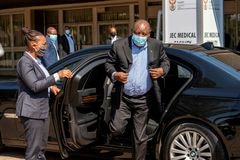