Coronavirus information
The Zero Canada Project provides resources to help you make the most of staying home.
Visit the hub
Sangmi Cha and Josh Smith
SEOUL
Reuters
Published May 8, 2020 Updated May 8, 2020
Comments
Please log in to listen to this story. Also available in French and Mandarin. Log In Create Free Account

South Korean health authorities are investigating a small but growing cluster of coronavirus cases linked to a handful of Seoul nightclubs, at a time when the country is moving to less restrictive social distancing measures.

At least 15 cases have been identified with connections to clubs in Itaewon, a neighbourhood popular with Koreans and foreigners in the capital, the Korea Centers for Disease Control and Prevention (KCDC) said on Friday.

South Korea has reported only a handful of cases in recent days, the majority of them in people arriving from overseas. But, the nightclub infections, while still limited, are expected to increase.

“These venues have all the dangerous conditions that we were the most concerned about,” KCDC director Jeong Eun-kyeong said on Friday, referring to crowding and ventilation issues.

Because of the new cluster, the government plans to issue an administrative order asking entertainment venues such as nightclubs and bars to voluntarily suspend operations for at least one more month, Yoon Tae-ho, director-general for public health policy, announced on Friday.

If these businesses opt to stay open, they should more closely comply with prevention and infection guidelines, Mr. Yoon added.

All entertainment facilities currently have to conform to rules such as mandatory wearing of masks by all customers, maintaining at least one metre distance between people, and registering the names of everyone who visits.

Seoul city officials say they have a list of about 1,500 people who have visited the clubs, and more cases have been confirmed in other cities where the patients lived or travelled. Authorities have asked anyone who visited the clubs over the weekend to self isolate for 14 days and be tested.

The cluster of infections also raised controversy over the possible unintended side effects of South Korea’s invasive tracing and wide public disclosure of some patient information.

When several local media outlets identified the nightclubs as “gay clubs,” it sparked criticism the disclosures and media coverage could out lesbian, gay, bisexual, transgender and queer(LGBTQ) individuals against their will or lead to discrimination.

“Gay” and “Itaewon corona” were among the top trending terms on South Korea’s Naver web search portal following the reports.

Some social media users worried that fear of public disclosure could deter some club goers from being tested, and compared the cluster to the country’s largest outbreak, which infected thousands of members of a secretive religious sect.

The reports included the age, gender, location and movements of the first individual who was tested positive after visiting those clubs, as well as the type of job he worked in, according to Solidarity for LGBT Human Rights in Korea, the nation’s largest rights group.

“It is not just unhelpful to disclose information of an individual’s movement for prevention efforts, but also a serious human rights violation that invades the individual’s privacy and has him outed to society,” the group said.

Some local media later amended headlines, removing references to “gay bars” but did not make any official apologies.

Homosexuality is not illegal in South Korea, and there is growing public acceptance of LGBTQ relations. Yet discrimination remains widespread and some gay people suffer hate crimes, rights advocates say.

To battle the coronavirus outbreak, South Korea has embraced a high-tech approach to contact tracing, which can include accessing a patient’s cellphone location data, CCTV footage, credit card statements, and other information.

Automated cellphone alerts are then sent to anyone suspected of having been in the same area as the confirmed case, with health authorities often disclosing details on the patient’s gender, age, whereabouts and sometimes workplace in an effort to track new cases.

South Korea reports its lowest daily increase in coronavirus cases since Feb. 18 as sports resume
May 5, 2020 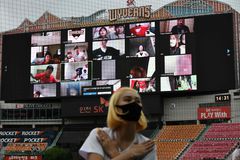 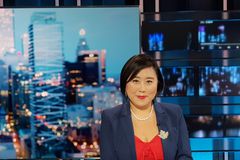 How South Korea trounced the U.S. in race to test for coronavirus
March 19, 2020 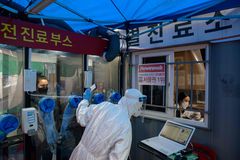