Nine Catalan separatist leaders jailed for sedition were eyeing freedom, after Spain’s Cabinet pardoned them Tuesday in the hope of starting what Prime Minister Pedro Sanchez called a much-needed reconciliation in the country’s restive northeast.

Former Catalan vice president Oriol Junqueras, who in 2019 got the heaviest sentence of 13 years in prison for sedition and misuse of public funds, will go free along with his associates after spending three-and-a-half years behind bars.

The other eight included the former Cabinet members of the Catalan government, the former Speaker of the Catalan Parliament, and two leaders of separatist civil society groups who had all received sentences ranging from nine to 12 years.

The pardons lifted the remaining years of their prison terms, while keeping intact their status as being unfit to hold public office.

A top Spanish government official said the separatists would likely be released on Wednesday, after the government’s pardons are signed by King Felipe VI and published in the government’s official gazette. The official wasn’t authorized to be named in media reports.

The government said the pardons could be revoked if their beneficiaries try to lead another breakaway bid or commit a serious crime.

“These pardons do not depend on their recipients renouncing their ideas, and nor do we expect them to do so,” Sanchez said. “But these people were never put in prison for the ideas they hold, but rather for having violated the laws of our democracy.”

The pardons do not cover former Catalonia president Carles Puigdemont and the other high-profile separatists who fled Spain following the unsuccessful breakaway attempt.

The Catalan regional chief, Pere Aragones, said that by issuing the pardons the government was acknowledging that the separatists’ prosecution was unjust but that its move left out many other Catalans prosecuted, including Puigdemont and others who fled abroad.

Spain’s government has refused to consider an independence referendum. Instead, it hopes to find a new formula on self-rule for the affluent region that already enjoys wide-ranging powers.

The pardons have been opposed by Spain’s right wing – as well as by many on the left – becoming a risky political gamble for Sanchez, the Socialist leader.

But the prime minister has insisted that a hard line approach by previous conservative administrations have worsened the conflict.

Europe’s leading human rights body, the Council of Europe, backed the pardons in a resolution passed by its assembly late on Monday. But the non-binding recommendations also chided Spain for curtailing the free speech of the Catalan politicians. Spain’s Foreign Ministry responded by saying that the separatists were convicted by independent courts for breaking laws.

Tensions over a desire for secession in the Catalan-speaking region of 7.5 million grew in earnest a decade ago amid recession-driven economic hardship and discontent with a conservative administration opposed to greater autonomy.

Matters came to a head in October 2017, when separatists passed a unilateral independence declaration based on the results of a referendum deemed illegal by Spain’s top courts. The vote was boycotted by the unionist side and was held amid a police crackdown to stop it.

Now, Sanchez is banking that their release can restore the confidence of some disaffected Catalans driven into the separatist camp over the past decade. Roughly half of Catalonia’s voters back pro-secession parties, while the other half votes for parties who want union.

“With this action, we materially get nine people out of prison, but we symbolically add millions and millions of people to co-existence,” the prime minister said on Monday in Barcelona, the Catalan regional capital, during a speech announcing the pardons. 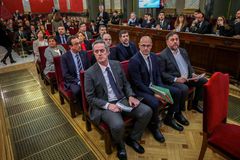 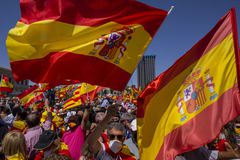 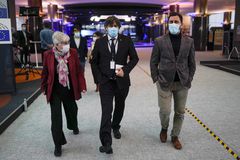