Political tensions in Spain threatened to reach new heights on Monday, after the Spanish Supreme Court convicted nine Catalonian leaders of sedition for their roles in organizing an illegal 2017 referendum on separation. The leaders were sentenced to lengthy prison terms, provoking outrage from the separatist Catalonian government led by President Quim Torra.

Thousands of people, many of them with Catalonian independence flags draped over their backs, protested in the streets of Barcelona against the court decision, which Mr. Torra rejected as “unjust and undemocratic.” He had called for massive civil disobedience in the case of a guilty verdict, leading authorities in Madrid to send hundreds of national police officers to back up the Catalonian regional police. Protesters also attempted to shut down Barcelona’s airport, causing long delays and flight cancellations.

“Our worst fears have been realized. It’s a shame,” Catalonian foreign minister Alfred Bosch said in an interview in his office adjacent to the regional Parliament, known as the Generalitat, in Barcelona’s medieval Gothic quarter. “We hoped we would see an acquittal. That is the only thing we believe could fix the situation we are in.”

Spain has been no stranger to political turmoil in the past few years. The country was recently plunged into its fourth national election campaign in as many years owing to the inability of the main parties in Congress to form a stable governing coalition. The dysfunction in Madrid has been compounded by a rising independence movement in Catalonia that has pitted the region’s politicians against an intransigent central government and left the entire country on edge.

The Supreme Court did not convict any of the defendants of rebellion, a more serious charge that would have carried a prison term of up to 25 years. It nevertheless ruled that nine former independence leaders, who had been held in pretrial detention since the charges were laid almost two years ago, committed acts of sedition, or crimes against the public order. They were sentenced to prison terms of between nine and 13 years, the longest sentence being reserved for former Catalonian vice-president Oriol Junqueras. Another three leaders were cleared of sedition charges, but convicted of misappropriating public funds.

Mr. Bosch accused successive governments in Madrid of escalating the crisis by refusing to allow Catalonia to hold a legal referendum on its political future similar to the plebiscites held in Quebec in 1995 and Scotland in 2014. The hard line taken by the central government has driven support for independence above 40 per cent in recent years, up from barely 10 per cent a decade ago.

While support for outright independence remains below the 50 per cent threshold, an overwhelming majority of Catalonians favour a referendum as a way to settle the question. However, most voters outside Catalonia, a prosperous region of 7.5 million people with a language and culture distinct from the rest of Spain, are equally opposed to any constitutional reform that would allow Catalonia to decide its own political future.

That has left acting Prime Minister Pedro Sanchez, whose centre-left Socialist Party has advocated dialogue with Catalonian leaders but refused to cede ground on a referendum, in a nearly impossible political situation. Except for the far-left Podemos party, all of Mr. Sanchez’s national rivals on the right consider the issue of Catalonia’s status within Spain non-negotiable.

That will make it extremely difficult for Mr. Sanchez – whose party won a plurality of seats in Congress in an April election but failed to reach a coalition deal with Podemos that would have allowed it to govern – to diffuse the political crisis even if his party wins the largest number of seats in the Nov. 10 national election. Mr. Sanchez’s other potential coalition partner, the centre-right Ciudadanos (Citizens), refuses to extend a hand to Catalonia.

Mr. Sanchez will be under pressure after Monday’s verdict to reinitiate extradition proceedings against former Catalonian president Carles Puigdemont, who remains in self-imposed exile in Belgium to avoid prosecution in Spain. At the same time, Mr. Sanchez will have to weigh calls to pardon those sentenced to long prison terms that civil-rights activists consider unduly harsh.

In a televised address to Spaniards on Monday, Mr. Sanchez sought to cast the Supreme Court decision as a victory for the rule of law. “In a democracy, nobody is judged for his ideas or for defending a political project,” he said, “but for crimes inscribed in our legal framework.”

Indeed, Madrid has been engaged in a propaganda war with the Catalonian government, as each side tries to boost its cause in the international court of public opinion. So far, most foreign governments, including Canada’s, have refrained from either criticizing Madrid for heavy-handedness or calling for Spanish unity.

Still, the central government’s handing of the Catalonian crisis, both under Mr. Sanchez and former People’s Party prime minister Mariano Rajoy, have left it with a black eye in diplomatic circles – one that Catalonian independence leaders hope will help them win allies abroad.

“The pro-independence movement was originally a cultural movement,” Mr. Bosch said. But Madrid’s refusal to recognize Catalonia’s right to self-determination “has converted it into a civil rights movement. This is one of the greatest historical mistakes Spanish unionism has made.”

Opinion
Think politics in Canada are messed up? Try Spain
Subscriber content
May 1, 2019 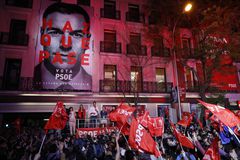 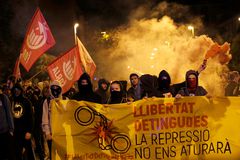 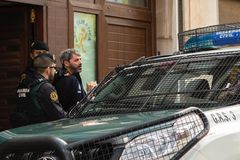