Pakistan announced on Wednesday that it would halt trade with India and expel the country’s top diplomat in Islamabad in retaliation for India’s decision to unilaterally eliminate the autonomy of Kashmir.

The Pakistani government, which also claims the restive region of Kashmir, said it would recall its own chief diplomat based in New Delhi.

A statement from a National Security Committee headed by the Pakistani Prime Minister, Imran Khan, said the changes would be put in place because of “illegal actions” by the Indian government regarding Kashmir, which has a Muslim majority.

Khan denounced Prime Minister Narendra Modi of India, accusing his government of promoting “an ideology that puts Hindus above all other religions and seeks to establish a state that represses all other religious groups.”

The statement on Wednesday from the committee headed by Mr. Khan said that India’s stripping of Kashmiri autonomy would also be raised by Pakistan with the United Nations Security Council, which recognizes the region as disputed.

In addition to ending bilateral trade, which has been valued at several billion dollars annually, and downgrading diplomatic ties, Pakistani officials threatened to close the country’s airspace to Indian aircraft. The statement said all bilateral agreements would also be reviewed.

It remained unclear Wednesday when Pakistan would begin enforcing the promised retaliatory measures.

Alyssa Ayres, a senior fellow for South Asia at the Council on Foreign Relations in Washington, said that suspending trade was an unusual, perhaps unprecedented, move by Pakistan, even though its effect would most likely be muted.

“This will not frankly have any economic impact on either country,” she said, saying that trade volume was still relatively low between India and Pakistan. “But under any circumstances, I’d rather see diplomatic and symbolic steps like these than terrorism.”

In a speech in the Pakistani Parliament before the measures were announced, Fawad Chaudhry, the Science and Technology Minister, called India a “fascist regime” and said another war over Kashmir, where decades of fighting has killed tens of thousands of people, was not off the table.

“Pakistan should not let Kashmir become another Palestine,” Mr. Chaudhry said. “We have to choose between dishonour and war.”

The call for action comes after Amit Shah, the Indian Home Minister, announced on Monday that the Indian government was revoking Kashmir’s special status, which served as a foundation for most of the contested region’s joining India as an autonomous area more than 70 years ago.

The Indian Parliament overwhelmingly approved a bill this week that split the Indian state of Jammu and Kashmir into two federal territories. The move puts Kashmir under tighter control of the central government.

India and Pakistan, both of which have nuclear arms, have fought several bitter wars over Kashmir, a mountainous, predominantly Muslim territory claimed by both countries.

Low-intensity conflict has become a fact of life in the region, stunting development, leaving its people deeply alienated and providing the backdrop to a stubborn battle for independence by a few hundred militants against tens of thousands of Indian troops.

But for decades, Hindu nationalists from the Bharatiya Janata Party, now led by Mr. Modi, have vowed to curtail special freedoms enjoyed by Kashmir under Article 370 of the Indian Constitution. Defanging the provision was central to their broader agenda of moving India closer to a Hindu nation.

Many analysts said Pakistan cannot afford to go to war and has limited latitude on Kashmir. The country has a history of providing support to militant groups in the region, despite repeated calls from allies to stop such assistance.

Indian lawyers were split about the constitutionality of diluting Article 370, and many said the government’s plan was likely to face court challenges. On Tuesday, a veteran public interest lawyer filed the first legal challenge to the government’s actions in the Supreme Court.

Over the past few days, stunned opposition members argued in India’s Parliament that change was needed in Kashmir, but that the government’s move was undemocratic and a disturbing attempt to undermine India’s secular identity. Some likened it to a coup.

Before the government announced the end of the special status, Kashmiri voices were almost completely silenced. Internet connections, mobile service and land lines were cut. Thousands of additional Indian troops were deployed in the region, and tourists were evacuated.

Many top Indian politicians, including Mr. Modi and Mr. Shah, were focused on attending funeral ceremonies on Wednesday for a former foreign minister.

But in Srinagar, Kashmir’s biggest city, the few people who were able to transmit messages said that they were still terrified and that stores were closed and streets empty. Indian soldiers were patrolling barricaded intersections, and curfew passes were required. One Kashmiri resident said that there had been sporadic incidents of stone pelting in south Kashmir, though there were no confirmed reports of serious injuries.

Iltija Javed, the daughter of a prominent Kashmiri politician and one of the few people who has managed to send updates, said the city was under a “complete information blackout” and expressed concern that the situation would only get worse.

“The way we are being treated is absolutely appalling,” she said in a voice-mail message on Wednesday. “We don’t even know if everyone has enough food supplies, enough medicinal supplies to last them for this indefinite curfew.” 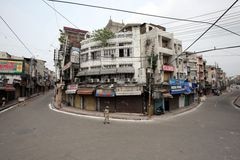 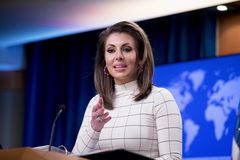