The opioid crisis has hit virtually every pocket of the U.S., from rural towns in deeply conservative states to big cities in liberal-leaning ones. But a curious divide has opened up.

The nation’s Republican state attorneys general have, for the most part, lined up in support of a tentative multibillion-dollar settlement with OxyContin maker Purdue Pharma, while their Democratic counterparts have mostly come out against it, decrying it as woefully inadequate.

Exactly why this is so is unclear, and some of those involved suggested it can’t necessarily be explained by the fact that the Republican Party is considered more friendly to big business.

Some of the attention has focused on the role played by Luther Strange, a Republican former Alabama attorney general who has been working for members of the Sackler family, which owns Purdue Pharma.

People familiar with the negotiations say he was at a meeting of the Republican Attorneys General Association over the summer, sounding out members about a settlement months before a tentative deal was struck this week.

Purdue has been generous in recent years to RAGA, contributing more than $680,000 to its campaign operation from 2014 through 2018. The company also gave to the organization’s Democratic counterpart, the Democratic Attorneys General Association, over the same five-year period, but far less: about $210,000.

The proposed settlement with the Stamford, Connecticut-based drugmaker could ultimately be worth up to $12 billion, though critics doubt it will be close to that much.

Nearly half the states and lawyers representing some 2,000 local governments have tentatively accepted the settlement deal, according to people familiar with the talks. Under the deal, the company would declare bankruptcy and remake itself as “public benefit trust,” with its profits going toward the settlement. An Associated Press survey of attorney general offices shows 25 states and the District of Columbia have rejected the current offer.

Purdue is perhaps the highest-profile opioid maker, but governments are also suing other drugmakers, distributors and pharmacies to try to hold them accountable for a crisis that has claimed more than 400,000 lives in the U.S. since 2000, including deaths linked to illicit drugs such as heroin and fentanyl.

The first federal trial over the toll exacted by opioids is scheduled to start next month in Cleveland.

The only states with Democratic attorneys general to sign on are Mississippi and Michigan, which is one of the few states that haven’t actually sued Purdue.

“While I have tremendous respect for my Democratic colleagues who have elected to opt out of settlement discussions,” she said, “ultimately each attorney general is obligated to pursue the course of action which is most beneficial to our respective states.”

The Republican-led attorney general offices in Idaho and New Hampshire have publicly rejected the settlement. Several GOP-led states have not said where they stand, but people with knowledge of the negotiations say they are accepting the settlement.

The GOP attorneys general have generally contended that getting a settlement now is better than uncertainty and years of litigation, while the Democrats have mostly argued that the deal does not provide enough money and does not hold adequately accountable members of the Sackler family.

“The Sacklers have blood on their hands,” said Delaware Attorney General Kathy Jennings, a Democrat.

The states that have refused to sign on are expected to object in bankruptcy court and to seek to continue lawsuits in state courts against Sackler family members, who have denied wrongdoing.

“I don’t think you should read a whole lot into it,” Iowa Attorney General Tom Miller, a Democrat, said of the partisan divide. “My view is it’s a pretty close call to join or not. There are good arguments on both sides. All my colleagues who have made their decisions have made them in good faith.”

Miller said he expects a bipartisan group of states to keep working together on possible settlements with other defendants in the opioid cases.

While Strange was part of negotiations with a bipartisan group of attorneys general, Minnesota Attorney General Keith Ellison, a Democrat, said he never spotted Strange at a gathering of the Democratic Attorneys General Association.

North Carolina Attorney General Josh Stein, a Democrat, was one of the lead negotiators on the settlement and said that Strange played a big role.

“He was lawyer to the family, and so we had multiple discussions with the family in which I indicated that a supermajority of states could agree to a deal if the Sacklers would simply provide more certainty as to the payment,” Stein said in an interview. “Almost all states would agree to the deal if the Sackler family would guarantee it 100%. Just make a payment. Those were discussions we had. The Sacklers rejected those offers and said it was take it or leave it, and I’m leaving it.”

Paul Nolette, a Marquette University political scientist, said in an e-mail that the GOP attorneys general and local governments “don’t see this as a bad deal under the circumstances.” But he said Democrats have been stung by a backlash over settlements over foreclosures years ago, and they “see political risks for not pushing for more.” 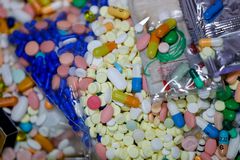