In the almost 30 years since he seized power in a military coup, Sudan’s autocratic President Omar al-Bashir has survived wars, rebellions, U.S. sanctions, economic chaos, an arrest warrant on genocide charges and the secession of the oil-rich southern half of the country.

The latest crisis, however, may be the one that finally topples him. With his political allies defecting, economic turmoil worsening and street protests erupting across the country almost every day, Mr. al-Bashir is seeing his power slowly ebb away.

He has mobilized convoys of military vehicles and soldiers in the streets, and his security forces have tried to crush the protests, using tear gas and live ammunition. At least 17 protesters have died, according to the government. Opposition groups estimate that at least 40 have been killed and hundreds have been injured or arrested.

Despite the overwhelming military force the government has at its disposal, opposition groups announced Thursday that they are planning another wave of protests and strikes, beginning Friday, to turn up the pressure on the President.

Hundreds marched in the city of Port Sudan on Thursday in the latest sign of how the demonstrations have spread across the country. Protests have reportedly taken place in more than 25 towns and cities since mid-December. The demonstrations were sparked by frustration over severe cash shortages and the soaring cost of food and fuel after Sudan’s currency plummeted in value, but they have expanded into a broader anti-government movement, stoked by widespread anger at corruption and mismanagement.

Mr. al-Bashir, a 75-year-old former army officer, had planned to seek a seventh term next year in elections that his ruling party normally controls. But his position weakened this week when 22 political groups defected from his governing coalition, calling for his resignation and a transitional government. Although most of the groups were marginal in the coalition, it was a signal to the protesters that their tactics were working, analysts said.

Sudan has seen protests against Mr. al-Bashir in the past – most recently in 2013, when almost 200 demonstrators were killed by security forces. But the demonstrations this time are different: Doctors, engineers, journalists and other professionals have gone on strike, and protests have occurred in normally pro-government cities. Even an association of police officers has criticized Mr. al-Bashir for allowing the use of live ammunition against marchers.

In response, the government has imposed curfews and emergency laws, closed schools and universities, shut down newspapers, arrested journalists and blocked access to social-media sites. It has offered concessions such as promising an inquiry into the causes of the unrest. To assuage the anger over the economic crisis, it has pledged to increase wages and bring in foreign investment.

None of the tactics has succeeded so far. Protest organizers have dodged the social-media ban by using virtual private networks (VPNs). Activists have posted a steady stream of videos on social media to document their daily demonstrations. Even the use of live ammunition, which has caused horrific injuries and deaths, has failed to dissuade the protesters.

Western governments, including Canada’s, have demanded that Sudan investigate the “credible reports” of the use of live ammunition by security forces. In a joint statement last week, Canada, Britain, Norway and the United States said the demonstrators had a right to protest peacefully for their “legitimate” demands.

Mr. al-Bashir remained defiant Thursday. In a speech to leaders of pro-government unions in the capital, Khartoum, he portrayed Sudan as a victim of foreign forces and U.S. sanctions, and described himself as someone who knew the hardships the protesters have suffered. “Let no one talk to me about poverty and suffering, because I lived them,” he said. “Together, we will come out stronger from this crisis.”

He attacked the political groups that defected from his coalition, saying “We only want men who stand with us in our time of hardship.”

In his early days in power, Mr. al-Bashir was an Islamist who gained notoriety for sheltering Osama bin Laden, the leader of al-Qaeda. The United States placed Sudan on its list of countries sponsoring terrorism, leading to sanctions that remained in effect until 2017.

Mr. al-Bashir used the Sudanese military and Islamist militia groups in a brutal campaign against rebels in Darfur. This led to criminal charges, including genocide and war crimes, from the International Criminal Court in The Hague. He also used the military in a lengthy war against separatists until he finally accepted the independence of South Sudan after a referendum in 2011. The separation of the South was a severe economic blow to Khartoum, costing it the majority of its oil revenue.

But while he survived those threats to his power, Mr. al-Bashir could find it difficult to mobilize the security forces for a bloodier crackdown this time. Last week, he quoted the Koran in an attempt to justify the killing of protesters, telling police commanders that they must “safeguard the security and stability of citizens.” 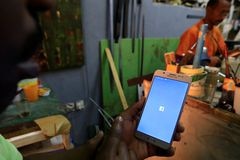 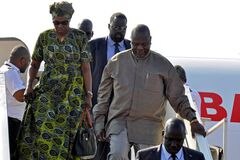