Sudan’s ruling military acknowledged that security forces committed violations when they moved in to disperse protesters at a sit-in camp outside military headquarters in Khartoum last week, and a major human-rights organization said Friday the need for an outside investigation was more urgent than ever in light of the admission.

The spokesman for the ruling military council, Gen. Shams Eddin Kabashi, told reporters at a news conference late Thursday that an investigation was underway and that several military officers were already in custody for alleged “deviation” from the action plan set by military leaders.

“We feel sorry for what happened,” Gen. Kabashi said. “We will show no leniency and we will hold accountable anyone, regardless of their rank, if proven to have committed violations.”

Gen. Kabashi did not elaborate on the violations beyond describing them as “painful and outrageous.” Over 100 people were killed in the capital and across Sudan in a sweeping crackdown last week, according to protest organizers. Protesters also said more than 40 bodies were pulled from the Nile River in Khartoum and taken away by security forces.

“Following this admission, it is now more urgent than ever, in the interest of accountability and transparency, that the military authorities allow international scrutiny and investigations by the UN and African Union into the escalating human-rights violations under their watch,” said Sarah Jackson, Amnesty’s deputy regional director for East Africa, the Horn and the Great Lakes.

The dispersal of the sit-in was a violent turn in the standoff between the protesters and the military, which removed President Omar al-Bashir from power in April after a months-long popular uprising against his 30-year rule. Gen. Kabashi admitted that the members of the transitional military council had convened the night before the sit-in was dispersed and agreed to drive protesters away.

Forces for the Declaration of Freedom and Change, a coalition of political groups representing the protesters, also insisted on an international investigation – a demand Gen. Kabashi strongly rejected.

On Thursday, UN Special Representative of the Secretary-General on Sexual Violence in Conflict Pramila Patten expressed “grave concern” over reports of mass rapes of protesters and female medical personnel by security forces and militias.

Human Rights Watch urged the Sudanese military to restore access to the internet, which has been blocked since the start of the clampdown. Gen. Kabashi ruled that out, alleging the use of social media has posed a threat to national security. Sudanese protesters have relied heavily on social media to post video depicting violence perpetrated by security forces, mobilize rallies and co-ordinate dissent.

Separately, Gen. Kabashi dismissed the death toll announced by the Sudanese Doctors Central Committee, a group associated with the protesters, as misleading. The group has said 108 people were killed and more than 500 wounded. The military-controlled Health Ministry later put the death toll at 61.

Gen. Kabashi said Ethiopian mediators did not put forward any proposal that could ease disagreements but have only sought to encourage both parties to resume direct talks.

In the wake of the military crackdown, talks between the military and protesters were suspended and the FDFC held a three-day general strike and a campaign of civil disobedience. Leaders of the protest movement said earlier they would not sit down with the generals until they acknowledged last week’s “massacre,” allowed the formation of an international commission to investigate the killings of protesters, restored internet services, adhered to previous deals struck before the breakdown in talks and send paramilitary troops back to their barracks.

While admitting the military’s responsibility for the killings, Gen. Kabashi insisted the question of deploying troops is a military affair that no one should tamper with. 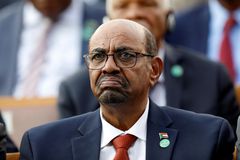 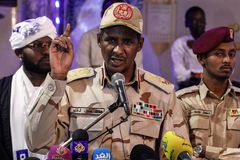 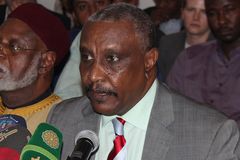