Surveillance video released Thursday showed that the only armed sheriff’s deputy at Marjory Stoneman Douglas High School in Parkland, Florida, remained outside during the Feb. 14 massacre at the school, taking cover behind a wall.

The deputy failed to confront the gunman during the six-minute rampage, the video’s time stamps show, confirming the account of other law enforcement officers who raised questions about the response by the sheriff’s office almost immediately after the shooting.

The 30-minute video shows former Deputy Scot Peterson flagging down another male staff member from the school at the main administration building and hopping on a golf cart to race toward the freshman building. Peterson takes cover outside the corner of an adjacent building, and the footage appears to show a few students rushing outside.

More than 10 minutes later, other officers appear to reach Peterson’s position. The video has no sound.

While outside, Peterson provided frequent updates on police radio, according to a timeline provided by the sheriff’s office, including directing other officers to the building on the large campus and asking for nearby streets to be shut down.

Inside the building, wounded victims lay bleeding in hallways and classrooms, according to 911 calls from students and teachers that were released Wednesday by the Coral Springs Police Department. Those calls were the second batch of recordings made public from the shooting.

“They’re all bleeding,” a sobbing girl whispered to an emergency operator. “They’re going to die.”

News organizations including The New York Times had petitioned for the release of the surveillance video footage, and Judge Jeffrey R. Levenson of Broward County Circuit Court ordered that it be made public by noon Thursday.

Sheriff Scott Israel said that the video showed the deputy doing “nothing” as the gunman killed 14 students and three educators, and wounded 17 more people. One wounded student remains in the hospital.

“He never went in,” the sheriff said of Peterson in a news conference on Feb. 22. “There are no words,” said Israel, who described himself as “devastated, sick to my stomach” after watching the video. Office policy requires deputies to try to confront a gunman as quickly as possible, without waiting for backup.

Israel later defended his “amazing leadership,” despite Peterson’s inaction and other questionable decisions by his command staff, which set up a perimeter around the school before it was clear that the shooting was over, instead of moving in on the gunman.

Peterson was suspended and then resigned his post. In a statement released by his lawyer, he said that he thought the gunfire originated from outside the building, and reacted accordingly by waiting for the suspect there. But a detailed timeline based on radio dispatches and surveillance footage, released last week by the sheriff’s office, suggested that he came to believe the shots might be coming from inside.

Peterson also told other law enforcement officers who raced to the school to stay outside. Coral Springs officers, the first to arrive on the scene, pushed into the building anyway. By then, the gunman had already fled.

Peterson’s lawyer, Joseph A. DiRuzzo III, did not respond Thursday to requests for comment on the video.

Nikolas Cruz, 19, a former Stoneman Douglas High student, was later arrested about 2 miles from the school. He has been charged with 17 counts of murder and 17 counts of attempted murder in the shooting.

The law enforcement response to the shooting was also hampered by the failure of Broward County’s police radio system. The sheriff’s office was unable to connect its radio transmissions with those of Coral Springs police, who operate on a separate system.

Coral Springs police radio recordings released Wednesday suggest that Peterson failed to give clear information to the first arriving officers about where the shooting had taken place. Officer Tim Burton is heard to say that he had his rifle and was standing outside the building with Peterson, “getting info.” But what was relayed on the radio was that the gunman might have been spotted outside in a parking lot.

“We don’t know where he’s at,” an exasperated officer said on radio.

The radio dispatches show that police knew quickly that they were looking for a white male wearing a burgundy Junior ROTC shirt. Officers described coming across bodies, bleeding students and bullet-pocked windows.

Coral Springs officers tried to find the gunman using the video surveillance system at the school. But they later realized they were watching the video on a 20-minute delay, according to the department. The delay had led them to believe mistakenly that the shooting was still happening. Why they were not watching live video images, when that feature was available, remains unclear.

Eventually, officers spotted Cruz on the recorded video, running out of the west side of the freshman building with other students. A Coconut Creek police officer saw him about an hour after the shooting, walking down a residential street.

“I have the suspect, Nikolas Cruz,” Officer Michael Leonard said on radio. Then he yelled to Cruz, “Stand by right there. Do not move!” 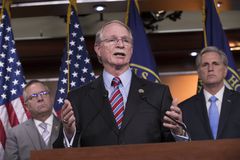 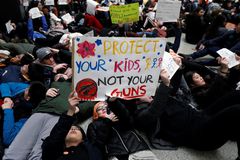 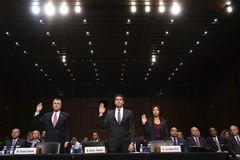