Sweden’s top epidemiologist and architect of the hands-off approach to tackling COVID-19 says his strategy resulted in too many deaths – an admission that comes after strong criticism of the country’s lack of testing and a soaring number of deaths in care homes.

“Yes, I think we could have done better in what we did in Sweden, clearly,” Anders Tegnell told Swedish radio. “If we were to run into the same disease, knowing exactly what we know about it today, I think we would end up doing something in between what Sweden did and what the rest of the world has done.”

When asked whether too many people had died too soon, Dr. Tegnell said, “Yes, absolutely.”

What lessons can Canadian educators learn from Swedish schools?

The comments marked a sharp reversal from his earlier defence of Sweden’s strategy, which has been far less stringent than many other countries. The government has not imposed a strict lockdown and most schools, pubs, restaurants and stores have remained open. The measures that have been introduced – physical distancing in eateries, no gatherings of more than 50 people and a request that everyone work from home – have been mostly voluntarily.

The strategy has set Sweden apart from much of Europe and in particular its neighbours – Denmark, Norway and Finland – which introduced lockdowns weeks ago. Now, as those countries begin to ease restrictions in response to fewer infections and fatalities, Sweden’s death toll remains persistently high.

Just more than 4,500 Swedes have died from the virus to date, which equates to about 44 deaths for every 100,000 people, according to the European Centre for Disease Prevention and Control. That’s one of the highest per capita death rates in the world. It’s also more than four times higher than Denmark’s rate and nearly 10 times greater than Norway’s and Finland’s. The tables have turned so much that last week Denmark and Norway agreed to ease mutual border controls but excluded Sweden from a Nordic “travel bubble,” citing its inability to control the pandemic. Finland, too, has shied away from welcoming Swedish tourists. 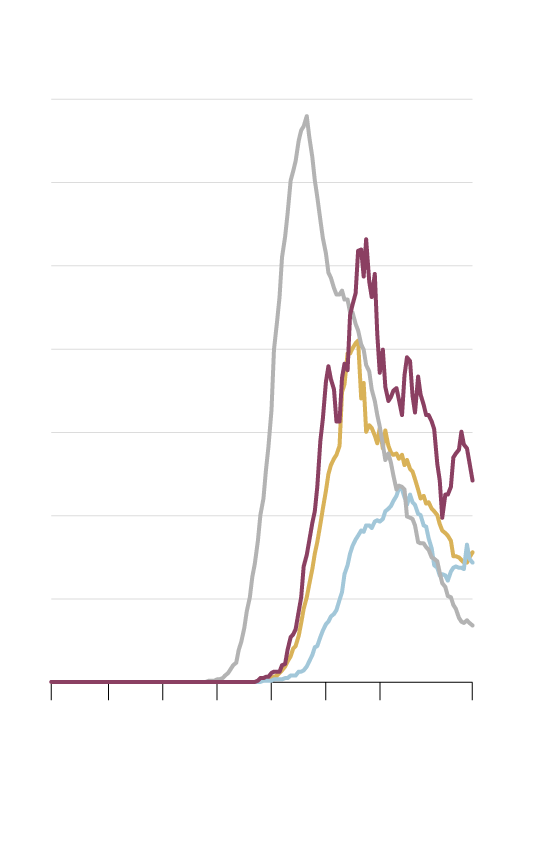 the globe and mail, Source: ourworldindata. 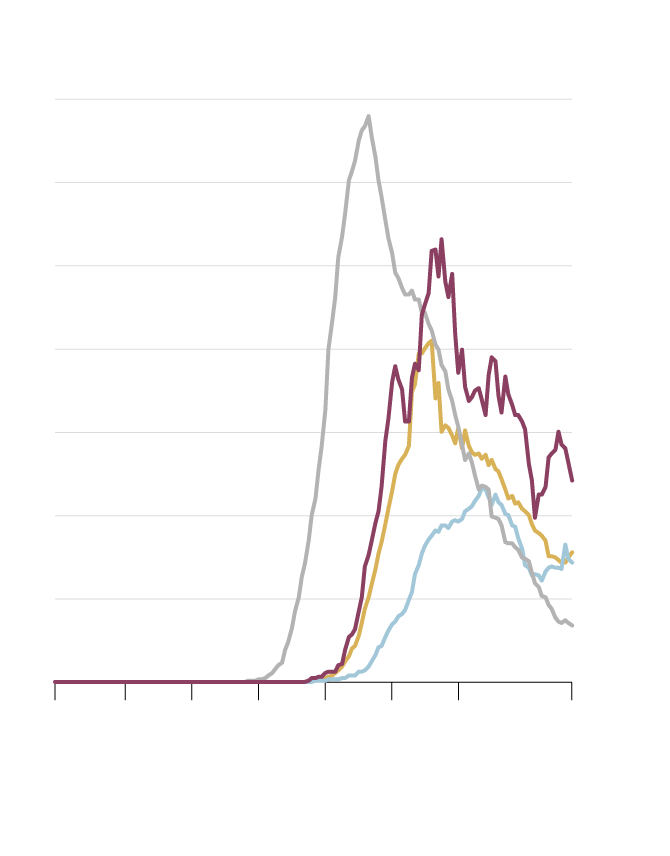 the globe and mail, Source: ourworldindata.org 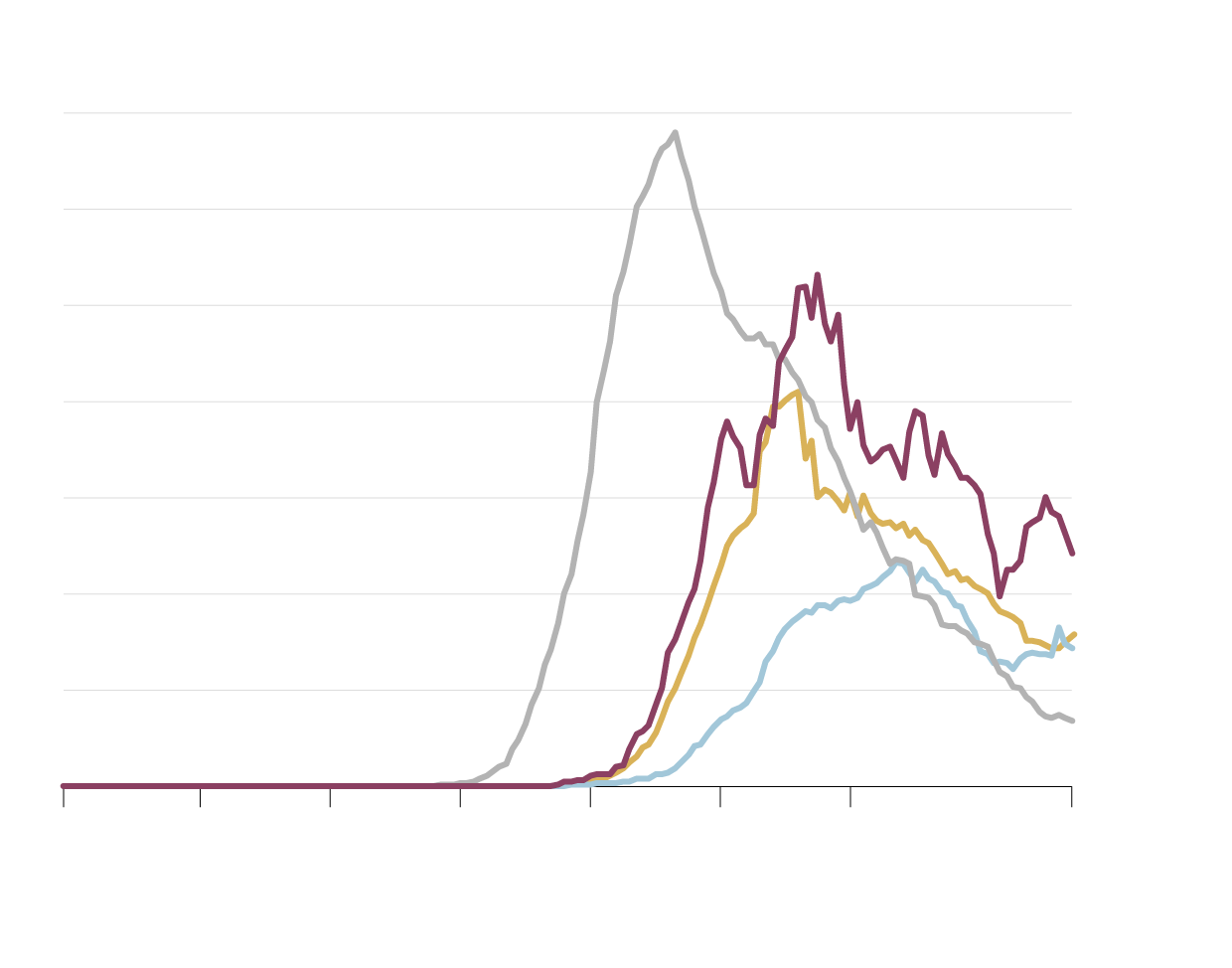 Debate is now intensifying within Sweden about whether the country got things right. This week, Prime Minister Stefan Lofven bowed to increasing criticism from opposition parties and agreed to appoint a commission to review the virus strategy. “We need to take an overall approach to see how it has worked at national, regional and local levels,” Mr. Lofven told reporters.

There’s also a growing outcry over how quickly the virus spread through care homes. Roughly half of Sweden’s deaths from COVID-19 have occurred in nursing homes and news reports indicate the actual figure could be much higher. Dr. Tegnell admitted that the strategy failed elderly people and that the country needed to examine the management of long-term care facilities.

Sweden does not have a tradition of multigenerational households and seniors typically live in care homes that are subsidized by the state. Years of budget cuts and privatization have raised questions about the standard of care.

"I think there is clearly room for improvement for what we have done in Sweden,” Dr. Tegnell told the radio station on Wednesday. “It would be good to know exactly what to shut down to curb the spread of infection better.”

There has also been criticism over the country’s testing program, which has failed to meet a 100,000 weekly target set by public-health officials last month. The number of tests carried out last week was around 36,000. During a news conference on Wednesday, Dr. Tegnell said testing had been slowed by a lack of laboratories and insufficient resources in the health care system.

He has also come under fire for suggesting that Stockholm was approaching something close to herd immunity. That occurs when a sufficient number of people have been infected with a virus and become resistant, thereby slowing the spread of the disease.

Dr. Tegnell told The Globe and Mail last month that while he didn’t set out with a herd-immunity strategy, the number of people infected by COVID-19 in Stockholm was approaching levels that would have the same effect. However, a recent study showed that just 7.3 per cent of the city’s population had been infected by the coronavirus, a figure far lower than public-health officials expected.

Paul Franks, an epidemiologist at Lund University in Malmo, Sweden, said Wednesday that Dr. Tegnell’s strategy made sense at first, but has become too rigid given how much more is known about the virus. “There hasn’t been a willingness to change direction based on credible data,” Dr. Franks said.

Dr. Tegnell insisted on Wednesday that he stood by his overall approach and that strict lockdowns were not sustainable. “We basically still think that this is the right strategy for Sweden,” he said. “This is a bit like having an ocean liner and trying to steer it with a lag of three or four weeks. I think we are too early to both say that Sweden was right or anybody else was right.”

Scott Gottlieb says we will be better prepared for a second wave of COVID-19 in the fall, but a spike in new cases may also arrive at a time when other seasonal illness circulate. The head of the U.S. Food and Drug Administration between 2017 and 2019 adds that Sweden leads Europe in coronavirus deaths despite attempts at herd immunity.

What lessons can Canadian educators learn from Swedish schools?
May 29, 2020
Why is Sweden staying open amid the coronavirus pandemic?
April 2, 2020
opinion
Former FDA boss on a second wave of COVID-19 and Sweden’s attempt at herd immunity
Video
May 22, 2020