Syrian authorities opened Thursday a “humanitarian corridor” so civilians from a besieged, rebel-held area in the north of Hama province can leave and move to parts of the country controlled by the government, the Foreign Ministry said.

Government warplanes, meanwhile, carried out an air strike close to a Turkish military post in northwestern Syria, raising tensions between the two neighbours. Turkey is a strong backer of the Syrian opposition and rebels fighting President Bashar Assad’s forces.

There was no immediate word of any casualties in the strike.

The ministry said the corridor was opened in the village of Soran, on the southern edge of the rebel-held area that has been under siege by Syrian troops since Wednesday.

Insurgents in Syria have suffered a series of setbacks over the past three weeks in the face of a stepped-up government offensive in the country’s northwest – the last rebel-held territory in Syria.

On Wednesday, government forces fully took control of the town of Khan Sheikhoun in Idlib province after an al-Qaida-linked group pulled out and launched a siege on rebel-held towns and villages in the northern province of adjoining Hama province.

The besieged area in Hama is home to tens of thousands of civilians, as well as insurgents and Turkish troops, based in an observation post in the village of Morek. Since a deal with Russia last year, Turkey has maintained 12 such posts in and around Idlib province.

Turkey’s state-run news agency said a Turkish observation post, north of Khan Sheikhoun, came under “harassing fire” by Syrian government jets Thursday. The Anadolu Agency reported no damage or injury in the incident, which involved a different Turkish post than that in Morek.

On Thursday, Turkey sent a convoy of reinforcements consisting of armoured vehicles, personnel, personnel carriers and ammunition to its observation posts in Idlib, Anadolu Agency reported, without providing further details.

Syrian Foreign Minister Walid al-Moallem vowed that Damascus will not stop combatting insurgents until all of Syria comes under government control.

Al-Moallem, who made his comments while receiving China’s special envoy to Syria, Xie Xiaoyan, said the fighting would continue “despite the Turkish intervention, which tries to help these terrorist groups and provides them with unlimited support.”

On Thursday, Syrian warplanes carried out air strikes on towns and villages north of Khan Sheikhoun, including the town of Maaret al-Numan, according to opposition activists. Maaret al-Numan, like Khan Sheikhoun sits on the highway linking Damascus with the northern city of Aleppo, Syria’s largest. Government forces are trying to eventually open that highway.

The opposition’s Syrian Civil Defence, also known as White Helmets, reported air strikes on several villages and towns. They included the village of Bashiriyeh, where a house was hit killing a man and wounding his wife, two sons and daughter.

The recent rapid advance by the Syrian army in the country’s northwestern region marks a major blow for insurgents in their last remaining stronghold in Idlib that is home to 3 million people, many of them displaced by fighting in other parts of the country.

Syrian troops have been on the offensive in Idlib and nearby areas since April 30, forcing more than half a million people to flee their homes and leaving more than 2,000 people dead, including hundreds of civilians. 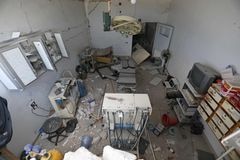 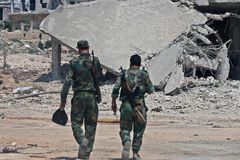 Islamic State is regaining strength in Iraq and Syria
August 20, 2019 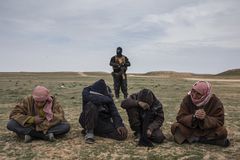