Taiwan’s foreign minister has criticized China’s suspension of trips by individual Chinese citizens to the island, saying Beijing appeared to be afraid of allowing its people to experience “a country where freedom, openness (and) tolerance are the order of the day.”

China announced the ban Wednesday in an apparent move ahead of Taiwan’s elections in January to intensify its pressure on Taiwanese President Tsai Ing-wen to endorse Beijing’s position that Taiwan is Chinese territory.

The one-sentence notice from the Ministry of Culture and Tourism said such trips would be suspended from Thursday “in light of the current relations between the two sides.” It did not mention tour groups, which were already declining after previous restrictions.

“They should be allowed to join more & more travellers from around the world in experiencing a country where freedom, openness & tolerance are the order of the day,” Wu wrote. “What’s to fear?”

Taiwan’s Presidential Office also criticized China’s move, with spokeswoman Kolas Yotaka saying it will “not only restrict mutual understanding between the people of China and Taiwan but also deprive Chinse of the opportunity to know Taiwan.”

Both the ruling independence-leaning Democratic Progressive Party and the China-friendly opposition Nationalist Party issued statements critical of the ban.

A spokesman for the Chinese Cabinet’s Taiwan Affairs Office, Ma Xiaoguang, said in a written statement that moves by the DPP to promote Taiwan’s formal legal independence and stir enmity toward China had “seriously destroyed the basis and conditions for individual travel to Taiwan.”

The official newspaper China Daily made it clear the move aimed to damage Taiwan’s economy and steer voters away from electing Tsai to a second term.

The decline in tourism revenues “in turn will send ripples across the island’s ‘presidential election’ that is scheduled for January, as it may prompt the Taiwan people to think about whether it is worthwhile to continue to be bound with a secessionist ’leader’ on the same ghost ship for another four years,” the paper said.

In a related development, Taipei Mayor Ko Wen-je is setting up a new political party ahead of January’s elections, making him a potential contender with Tsai and her biggest challenger, Han Kuo-yu of the Nationalist Party.

Ko, who is serving his second term as mayor of the capital, may also seek to partner with former Foxconn Technology Chairman Terry Gou, who sought the Nationalist nomination but lost to Han, the mayor of the southern city of Kaohsiung.

Citing official statistics, China Daily said the suspension of individual visits would cut the number of Chinese tourist trips to the island by about 700,000 within six months, adding that “may be just the first of a series of moves.”

Overall Chinese tourists visiting Taiwan annually have from fallen from 4.18 million in 2015, the year before Tsai’s election, to about 2.69 million last year, the paper said.

However, Taiwan’s Tourism Bureau reported that more than 1.677 million Chinese visited Taiwan in the first half of the year, an increase of 30% over the same period last year. They were divided roughly evenly between individuals and those in tour groups.

Tsai’s government has “trampled on cross-strait relations for a considerable time, constantly strengthened their opposition stance against the mainland, and actively acted as a bargaining chip for the United States to suppress mainland China,” Xijin wrote on his official microblog.

China cut off all contact with Tsai’s government shortly after her 2016 election and has discouraged tourism while working to poach away Taiwan’s handful of remaining diplomatic allies and block its participation at international gatherings.

China has also ratcheted up its threat to annex Taiwan by military force, most recently holding war games this week on the mainland coast facing the island. Taiwan responded with two days of drills earlier this week.

Taiwan’s Coast Guard reported a Taiwanese-flagged cargo ship was involved in a minor collision with a Chinese navy ship Wednesday night near the Taiwanese-controlled island of Kinmen, also known as Quemoy.

It said no one was injured and both ships returned to port under their own power. Taiwan’s China Times newspaper identified the Chinese ship as a Type 071 new-generation amphibious transport dock. 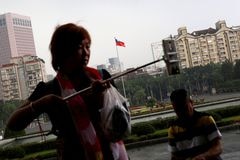 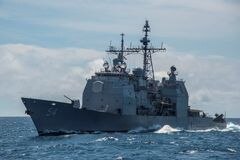 China warns of war if there was any move toward Taiwan independence
July 24, 2019 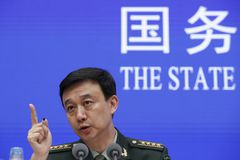