China must “sincerely repent” for the bloody crackdown on pro-democracy demonstrators in and around Tiananmen Square three decades ago, Taiwan said on Monday, as a Chinese newspaper said nobody in China was interested in dragging up the past.

Tuesday marks 30 years since Chinese troops opened fire to end the student-led unrest. Chinese authorities ban any public commemoration of the event on the mainland and have never released a full death toll. Estimates from human rights groups and witnesses range from several hundred to several thousand.

“China has to sincerely repent for the June 4 incident and pro-actively push for democratic reforms,” Taiwan’s Mainland Affairs Council said in a statement likely to infuriate China.

“We earnestly admonish the Chinese authorities to face up to the historical mistake, and sincerely apologize as soon as possible.”

The council said Beijing had been telling lies to cover up the events of 1989 and distorting the truth.

Chinese Foreign Ministry spokesman Geng Shuang, asked about Taiwan’s statement, said the great achievements since the People’s Republic of China was founded 70 years ago “fully prove that the development path we have chosen is completely correct”.

China’s widely read tabloid the Global Times said in a Monday editorial on the website of its English-language edition that June 4 had “immunized China against turmoil”.

“Merely afflicting China once, the incident has not become a long-term nightmare for the country,” the paper, published by the ruling Communist Party’s official People’s Daily, said.

“It has become a faded historical event, rather than an actual entanglement,” it added, blasting dissidents and those outside the country who keep talking about it.

“However, all these noises will have no real impact on Chinese society. The actions of the external forces are completely in vain.”

The far more well-read Chinese-language version of the paper did not carry the editorial. The newspaper has previously written about Tiananmen – in English – so the editorial is not unprecedented, but still rare as public discussion of the event is taboo in China.

Beijing has increased government suppression of rights activism, pushing the demonstrators’ original goals further away than ever.

Democratic Taiwan tends to use the Tiananmen Square anniversary to criticize China and call for it to face up to what it did. China claims self-ruled Taiwan as its sacred territory, to be taken back by force if necessary.

Taiwan President Tsai Ing-wen said June 4, 1989, was a “historic turning point” for China, which had since taken a different path for democratic development.

“Very unfortunately, although China had made progress in economic development in recent years, its human rights and freedom were still greatly oppressed,” she said in a meeting with overseas rights activists.

“We also care a lot about the development of democracy and human rights in mainland China, and hope China could walk toward that path,” she was cited as saying in a statement from the Presidential Office.

Chinese Defence Minister Wei Fenghe on Sunday defended Beijing’s handling of Tiananmen, saying the government “was decisive in stopping the turbulence,” a rare official acknowledgment of the events of June 4.

Taiwan’s Mainland Affairs Council said such remarks in defence of the Chinese military’s handling of the protests were “incredible”.

China has been ramping up the pressure on Taiwan, which holds presidential elections in January, whittling away at its few remaining diplomatic allies and regularly sending air force jets close to the island.

Beijing suspects Tsai and her ruling Democratic Progressive Party of pushing formal independence for Taiwan, a red line for China. Tsai repeatedly says she wants to maintain the status quo but vows to defend the island’s democracy.

China’s defence minister, also speaking on Sunday, said the military would fight “if anyone dares to split Taiwan from China”.

In 1989, China extinguished Tiananmen’s protests – but lit the spark for a religious revival Subscriber content
June 2, 2019 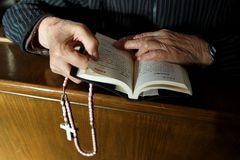 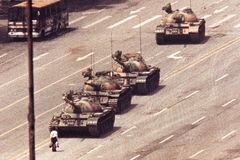