A negotiating team from the Taliban arrived Friday in Russia, a representative told The Associated Press, just days after U.S. President Donald Trump declared dead a deal with the insurgent group in Afghanistan.

Russian state news agency Tass cited the Taliban’s Qatar-based spokesman Suhail Shaheen as saying the delegation had held consultations with Zamir Kabulov, President Vladimir Putin’s envoy for Afghanistan. The visit was confirmed to the AP by a Taliban official who spoke on condition of anonymity because he was not authorized to talk to reporters.

The Interfax news agency cited an unidentified Russian Foreign Ministry spokesman as saying the meeting in Russia underlined the necessity of renewing talks between the U.S. and the Taliban, and that the Taliban confirmed their readiness to continuing dialogue with Washington.

It was the Taliban’s first international visit following the collapse of talks with Washington. The team was being led by Mullah Sher Mohammad Stanikzai.

“This is a notable development, as it suggests the Taliban wants to underscore its continued interest in dialogue, even after President Trump pulled the plug on the US-Taliban talks,” said Michael Kugelman, deputy director of the Asia Program at the Washington-based Wilson Center. “And how striking that the insurgents have chosen to telegraph a message of conciliation by engaging with Moscow, a key U.S. rival that has made great efforts to deepen ties with the Taliban in recent months.”

In a weekend tweet, Trump had called off negotiations and cancelled a meeting he said he wanted to have with Afghan government leaders and the Taliban at the Camp David presidential retreat.

Shaheen told the Taliban’s official website on Tuesday that the group was still communicating with U.S. negotiators, at least to find out what to do next.

The Taliban shura, or leadership council, opposed its negotiators going to Camp David and admonished those who had accepted U.S. peace envoy Zalmay Khalilzad’s invitation that was extended at the end of August.

Shaheen was quoted on the website as saying the Camp David visit was delayed, saying the Taliban wanted the agreement signed and witnessed by foreign ministers of several countries, including Russia. He said Taliban also wanted Qatar to announce the agreement before any Camp David meeting.

Moscow has been accused of aiding the Taliban as a safeguard against a burgeoning Islamic State affiliate that has close ties to the Islamic Movement of Afghanistan, a militant group in Central Asia. Russia has stepped up its defences in Central Asia and has claimed thousands of IS fighters were in northern Afghanistan

Moscow has twice this year hosted meetings between the Taliban and prominent Afghan personalities.

While Washington has been seeking an exit to its longest war, the Taliban are at their strongest since their ouster in 2001 and hold sway over more than half the country, staging near-daily, deadly attacks across Afghanistan.

Khalilzad’s year-long peace mission has been Washington’s most dedicated push for peace, focusing not just on the Taliban, Afghanistan’s government and prominent Afghan power brokers but also on Pakistan and Russia, as well as Iran, which has trained Afghan fighters known as the Fatimayoun Brigade that fought alongside Iran’s Revolutionary Guard in Syria.

Khalilzad has focused his efforts on regional players almost as much as on the Taliban and Afghan government interlocutors. Earlier this year, the U.S. released a statement signed by the U.S., China and Russia supporting Khalilzad’s peace efforts that called not just for an agreement on U.S. and NATO troop withdrawal and Taliban anti-terrorism guarantees but also a promise for intra-Afghan talks in which Afghans would decide the fate of their country as well as the terms of a cease-fire. 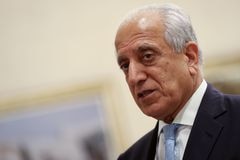 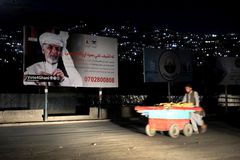 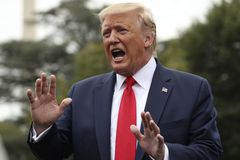