Tanzanian President John Magufuli, who gained fame as one of the world’s most vehement deniers of the COVID-19 threat, has died at the age of 61 after disappearing from public view more than two weeks ago.

His death was announced just before midnight on Wednesday night by Vice-President Samia Suluhu Hassan.

In a brief statement on Tanzanian television, she said Mr. Magufuli died on Wednesday evening from a long-standing heart condition in a hospital in Dar es Salaam. But many reports, circulating for the past week, have claimed that he was seriously ill with the coronavirus.

The government, repeatedly denying that Mr. Magufuli was ill, had arrested four Tanzanians in recent days for reporting that the president was sick.

Mr. Magufuli, nicknamed “The Bulldozer,” rose to power in 2015 and was re-elected last year in a disputed vote in which many opposition activists were arrested or forced into exile. He gained early popularity for his anti-corruption campaigns and his battles with multinational mining companies, including Canada’s Barrick Gold Corp., but later pushed the country in an authoritarian direction.

Nearly a year ago, the Tanzanian government stopped disclosing any data on COVID-19 cases, while Mr. Magufuli mocked the virus tests, criticized face masks and urged Tanzanians instead to rely on prayer, herbal remedies and steam inhalation.

Mr. Magufuli denounced vaccines as a Western conspiracy and refused to allow his government to order any COVID-19 vaccines, provoking the World Health Organization to issue an unusual statement of concern in which it criticized his government’s secrecy and urged it to accept vaccines.

In early January, during a meeting with Chinese Foreign Affairs Minister Wang Yi, he insisted there was no COVID-19 in Tanzania. He shook hands with the diplomat and thanked him for refraining from wearing a mask.

Despite his denials, there was mounting evidence that COVID-19 was inflicting heavy damage on Tanzania in recent months, especially with the arrival of new variants. Several top leaders and senior officials died of COVID-19 or from unexplained illnesses. Hospitals were reported to be full, and the WHO warned that travellers from Tanzania were exporting the virus to other countries.

Mr. Magufuli was last seen in public on Feb. 27 and failed to appear at his regular Sunday church appearances this month. As rumours of his illness began to spread widely, the government insisted he was fine.

“I want to assure Tanzanians that your president is strong and working hard as usual,” Prime Minister Kassim Majaliwa said on Friday. “You should not worry. … To spread rumours that he is sick is just an outcome of hate.”

Two newspapers in Kenya, with close government connections, reported last week that an unnamed “African leader” had been admitted to a top hospital in Nairobi for treatment for a serious illness. Their reports made it clear that they were referring to Mr. Magufuli.

In response, Tanzanian Information Minister Innocent Lugha Bashungwa warned the media that anyone who reported rumours would be violating the law. Another minister, Mwigulu Lameck Nchemba, responded to the rumours by saying that Mr. Magufuli was not a “jogging club leader” who would be seen on the streets every day.

On Monday, Ms. Hassan added to the growing questions about the president by suggesting obliquely that it was normal for a person to “contract the flu or develop a fever” and to become “indisposed.”

The secrecy about Mr. Magufuli’s health and the arrest of those who reported his illness were seen as further signs of Tanzania’s increasingly authoritarian rule. A prominent opposition leader, Zitto Kabwe, said on Tuesday that the government must address the growing mystery around Mr. Magufuli’s protracted absence and the mounting concern over who was running the country.

The president’s disappearance had “raised palpable public anxiety and tension,” Mr. Kabwe said in a statement. “The government should inform the public about the actual status of the president’s health and whether he is still able to carry out his duties.”

Many African governments have tried to conceal the illnesses or even deaths of their leaders in recent years. Zimbabwe’s long-ruling President Robert Mugabe was often in hospital in Singapore for weeks or months at a time, but his health was a tightly guarded secret.

In one of the most famous cases, the corpse of Malawian President Bingu wa Mutharika was reportedly flown to South Africa for “hospital treatment” in 2012 because the government did not want to admit his death.

The widespread rumours about Mr. Magufuli’s illness this month demonstrated “how dangerous it is when authoritarian governments censor news and fail to put out credible statements, creating a news vacuum,” said Nic Cheeseman, professor of democracy at the University of Birmingham, in a commentary this week in Africa Report magazine.

WHO urges Tanzania to abandon its secrecy and denials over COVID-19 as cases surge
February 21, 2021 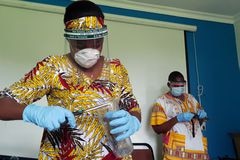 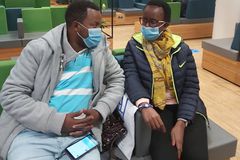 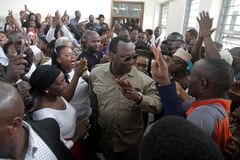