Before health care worker Vaishali Sanjay Mokashi, 30, sets out at 9 a.m. every workday to provide doorstep prenatal and infancy care, she does a quick check of her roomy shoulder bag: fully charged tablet, apparatus to perform basic diagnostic tests to screen for high-risk parameters, gloves, sanitizer and masks.

By 6 p.m., she will have visited almost a dozen pregnant women and new mothers in a six-kilometre radius around her village, Nyhale Budruk, in the western Indian state of Maharashtra.

Most days, she wades through knee-deep rivers and crosses hilly terrain on foot to reach mothers in remote areas at least two hours from the nearest hospital.

Ms. Mokashi is an Arogya Sakhi (Friend of Good Health), one of more than 250 women trained to monitor hemoglobin, blood sugar, urine, blood pressure, fetal heartbeat and anthropometric measurements via a mobile app.

When Ms. Mokashi enters a mother’s parameters on her tablet, it raises a red flag at the first sign of risk, such as low hemoglobin or high blood pressure, then sends alerts to medical officers in the area.

“Last week, I made a timely intervention while monitoring a young pregnant woman whose hemoglobin count was low. I took her to the hospital for treatment, and now she is doing much better,” said Ms. Mokashi, who is the main breadwinner in her family of six.

Three hours away in Sion, a neighbourhood of Mumbai, Rahima Riyaj Ansari, 21, receives another kind of tech-supported maternal care. She is enrolled in the mMitra (Mobile Friend) program, which sends free weekly voice messages on preventive care at different stages of pregnancy and infancy.

“In the absence of my extended family, listening to mMitra calls has been a constant guide on what I should eat and what kind of care I should take. I started including greens, eggs, milk, iron supplements in my diet. After I gave birth to my daughter in November, the calls guided me through breastfeeding and monitoring her weight and infections to be cautious about,” she said.

Kilkari, a similar voice message service, reaches more than 20 million women and their children in 13 states and is available in five official languages. The calls are made over a period of 72 weeks, from the second trimester until the child turns one.

“Mothers tell us that the calls help them understand issues they do not feel comfortable discussing with their family,” said Swati Bakshi, the manager of the Kilkari service and Mobile Academy. The latter is an audio course on best practices in maternal health and early infancy that primary health care workers can access with a few clicks on their phones. So far, 130,000 have enrolled.

India accounts for one-fifth of the global burden of maternal deaths and infant mortality. Access to health care is particularly poor in rural areas. Concerted efforts appear to have made a positive impact; according to UNICEF, annual maternal deaths in India fell from 33,800 in 2016 to 26,437 in 2018. But the latest National Family Health Survey shows a rise in anemia – it now afflicts 57 per cent of women. And pandemic restrictions have only compounded the difficulty of accessing care: one study found a drop of 45 per cent in institutional deliveries, a third of women had inadequate prenatal visits, and 44.7 per cent of pregnancies resulted in complications.

A number of non-profits working with government agencies have stepped up efforts to equip front-line health care workers with digital devices, connecting vulnerable mothers, community workers and medical professionals in a seamless way.

“Technology has enabled us to create scalable solutions that are cost-effective without dilution of impact,” said urogynecologist Aparna Hegde, the Mumbai-based founder of the non-profit ARMMAN, which runs the Kilkari, mMitra, Arogya Sakhi and Mobile Academy programs and also sets up virtual medical consultations for pregnant women and new mothers.

The key is to marry low-cost digital platforms with effective communication, as has been done in a project that targets moderately underweight children through telephonic counselling. Trained nutrition counsellors such as Mumbai-based Noor Bano Sheikh provide support to mothers through 12 weekly calls in an effort to bring their children within a reasonable weight range and monitor their growth via a portal. “At first, I wondered whether a phone call could make a difference to the health of a child. But during the pandemic, we had many mothers calling us in distress, when they had little physical access to doctors, and I was able to guide them and connect them to the right medical professionals when required,” she said.

While rapid mobile penetration in rural India has made these interventions possible on a massive scale, poor connectivity remains a major challenge. “Sometimes it’s hard to reach beneficiaries, given issues of access to devices for women or getting accurate numbers to ring them,” said Ms. Bakshi.

The founders of SaveMom, Senthil Kumar Murugesan and Dhinesh Pandian, appear to have found a solution to the connectivity problem. An engineer-turned-social entrepreneur, Mr. Murugesan, based in Madurai, developed a wearable device that is connected to an app and stores critical data offline.

“Our maternal care product, which is basically a beaded bracelet fitted with a chip that mothers can wear on their wrist, has a sync button that pushes data to the cloud whenever internet connectivity becomes available,” he said. SaveMom works across tribal villages in the southern states and is now scaling up operations in other remote regions. “When we did an impact study, the average baby weight improved from 2.1 to 2.8 kilograms,” Mr. Murugesan said.

SaveMom also equips health care workers with a portable device the size of a smartphone to conduct diagnostic tests, so they don’t have to lug around heavy medical kits.

Another challenge is breaking through the initial hesitancy in rural communities, said Gajanan Shewale, the head of marketing at CareMother, which runs a remote pregnancy care program called AnandiMaa in 12 states. It covers about 100,000 mothers and 300 health care workers equipped with a prenatal care kit connected to an app and a web portal. “When they experience how efficient and convenient the home-based tech-supported service is, there is quick acceptance,” Mr. Shewale said.

Ms. Mokashi, proudly sporting an Arogya Sakhi badge around her neck, agrees. “Instead of resorting to black magic or quackery, now women and their families give me a chance to monitor their health. They look forward to my visits.” 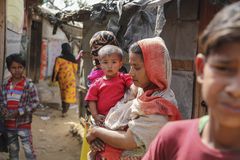 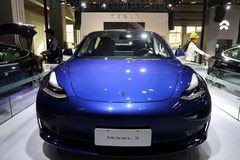 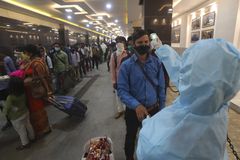