Kimberlee Kruesi And Jonathan Mattise
NASHVILLE
The Associated Press
Published May 18, 2021 Updated May 18, 2021
Comments
Text Size
Please log in to listen to this story. Also available in French and Mandarin. Log In Create Free Account

Tennessee will become the first state in the United States to require businesses and government facilities open to the public to post a sign if they let transgender people use multiperson bathrooms, locker rooms or changing rooms associated with their gender identity.

Republican Gov. Bill Lee signed a bill Monday that represents a first-of-its-kind law, according to the Human Rights Campaign, an LGBTQ advocacy group that decried the bill as discriminatory and said the required signs are “offensive and humiliating.” The law will go into effect July 1.

Lee, who is up for reelection next year, had previously been mum on whether he would sign the bill. Instead, he told reporters earlier this month that he always had “concerns about business mandates” but was still reviewing the bill.

Lee’s approval came just a few days after he signed legislation that puts public schools and their districts at risk of losing civil lawsuits if they let transgender students or employees use multiperson bathrooms or locker rooms that do not reflect their sex at birth. It was the first bill restricting bathroom use by transgender people signed in any state in about five years, according to the Human Rights Campaign.

Republican statehouses have been awash in culture war legislation across the country this year, particularly focusing on the LGBT community. Tennessee has been the front lines on that fight, with civil rights advocates pointing out that only Texas has filed more anti-LGBT bills in the country.

Yet, to date, there has been no big, tangible repercussion where bills have passed targeting transgender people, unlike the swift backlash from the business community to North Carolina’s 2016 “bathroom bill.” In Tennessee, the bills are becoming law despite letters of opposition from prominent business interests.

According to the bill signed Monday, the required sign outside the public bathroom or other facility would say: “This facility maintains a policy of allowing the use of restrooms by either biological sex, regardless of the designation on the restroom.”

However, questions remain about how the law will be enforced and what, if any, consequences will stem from ignoring it. The law doesn’t spell out fines, penalties or any other mechanism to ensure the signs are put up when required.

Republican Rep. Tim Rudd, the bill’s sponsor, said no state department will oversee compliance with the law. Instead, Rudd said, local district attorneys could seek a court order to require a facility to post the sign. If an entity refused to comply, “it would open the door for whatever judicial remedies the court deems appropriate,” Rudd said.

“Whether you’re a man or woman, don’t you want to know who might be waiting on the other side of a bathroom door when you go in?” Rudd said in a statement. “Everyone has a reasonable expectation to the right of privacy and dignity when using the restroom.”

The American Civil Liberties Union of Tennessee has said the legislation is “impermissible compelled speech, in violation of the First Amendment, and raises substantial due process and equal protection concerns.”

While the measure is likely to face constitutional challenges, no lawsuit had been filed as of Tuesday morning.

Additionally this year, Lee has signed legislation to require school districts to alert parents 30 days in advance before students are taught about sexual orientation or gender identity. Parents could also opt their student out of the lesson. The requirement would not apply when a teacher is responding to a student’s question or referring to a historic figure or group.

He has one more bill awaiting his action that LGBTQ advocates have opposed – a ban on gender-affirming medical treatment for transgender minors, including the use of puberty blockers and hormone therapy. Arkansas approved a similar version earlier this year over a veto from Republican Gov. Asa Hutchinson.

Transgender women allowed to play women’s rugby as of next season in France, federation says
Subscriber content
May 17, 2021 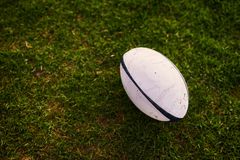