Saudi Arabia said Monday that Iranian weapons had been used in the aerial strikes over the weekend that interrupted much of the kingdom’s oil production. It also said the attacks had not been launched from Yemen, home of the Houthi rebel faction that has claimed responsibility.

The Saudi assertions, made without offering supporting evidence, appeared to move the kingdom closer to blaming Iran, a chief ally of the Houthis.

Iran-U.S.-Saudi tensions: The story so far, from the oil-field attacks to the nuclear deal

The attacks Saturday were the most audacious and damaging blow to Saudi Arabia in the 4½ years of civil war in Yemen and helped drive world oil prices up by about 10 per cent.

But the Saudis did not directly accuse Iran of launching the strikes and refrained from calling for retaliation amid escalating tensions between Iran and the United States, which have raised fears of a wider armed conflict. 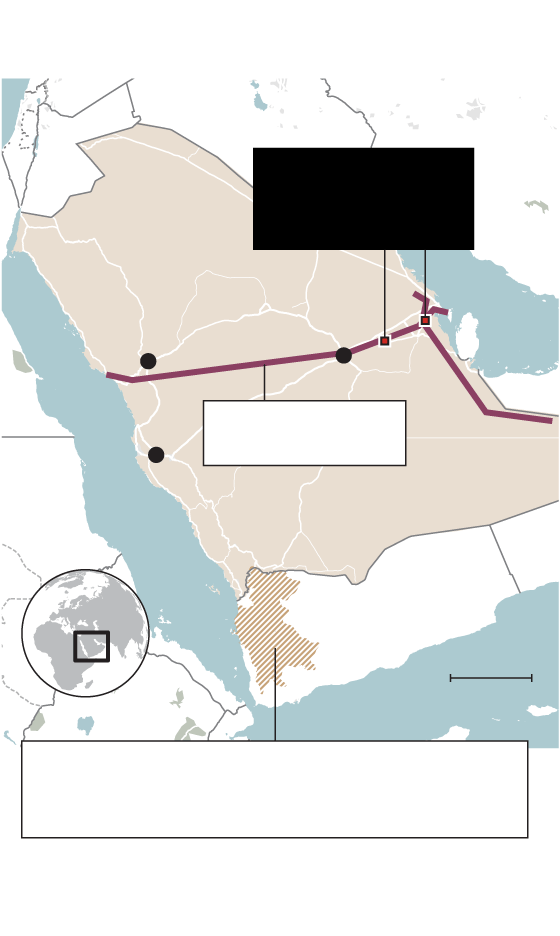 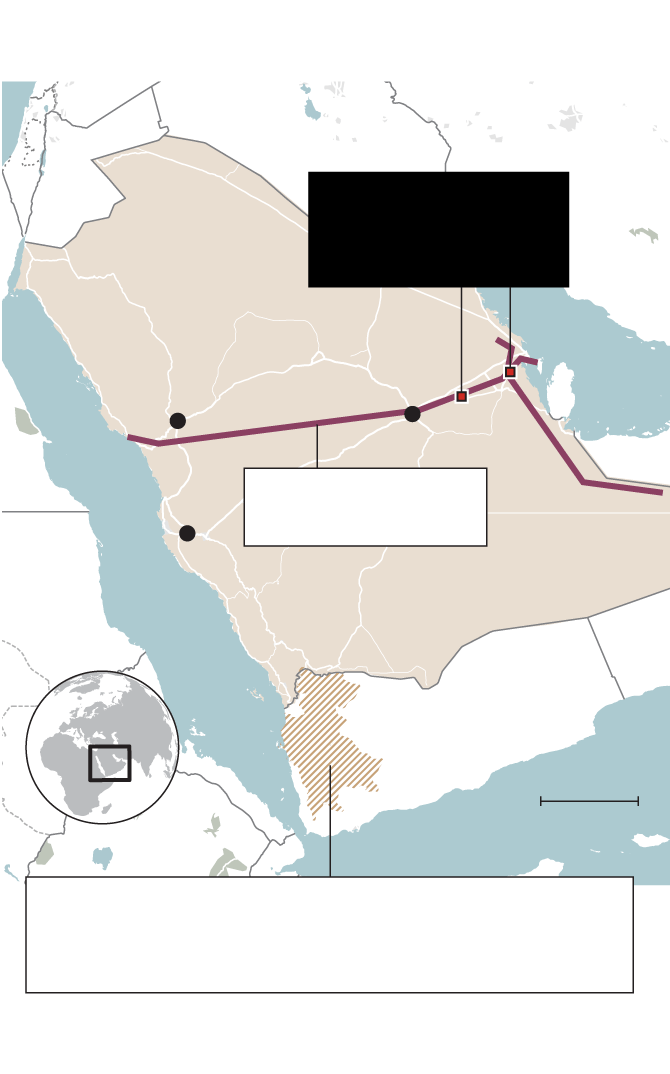 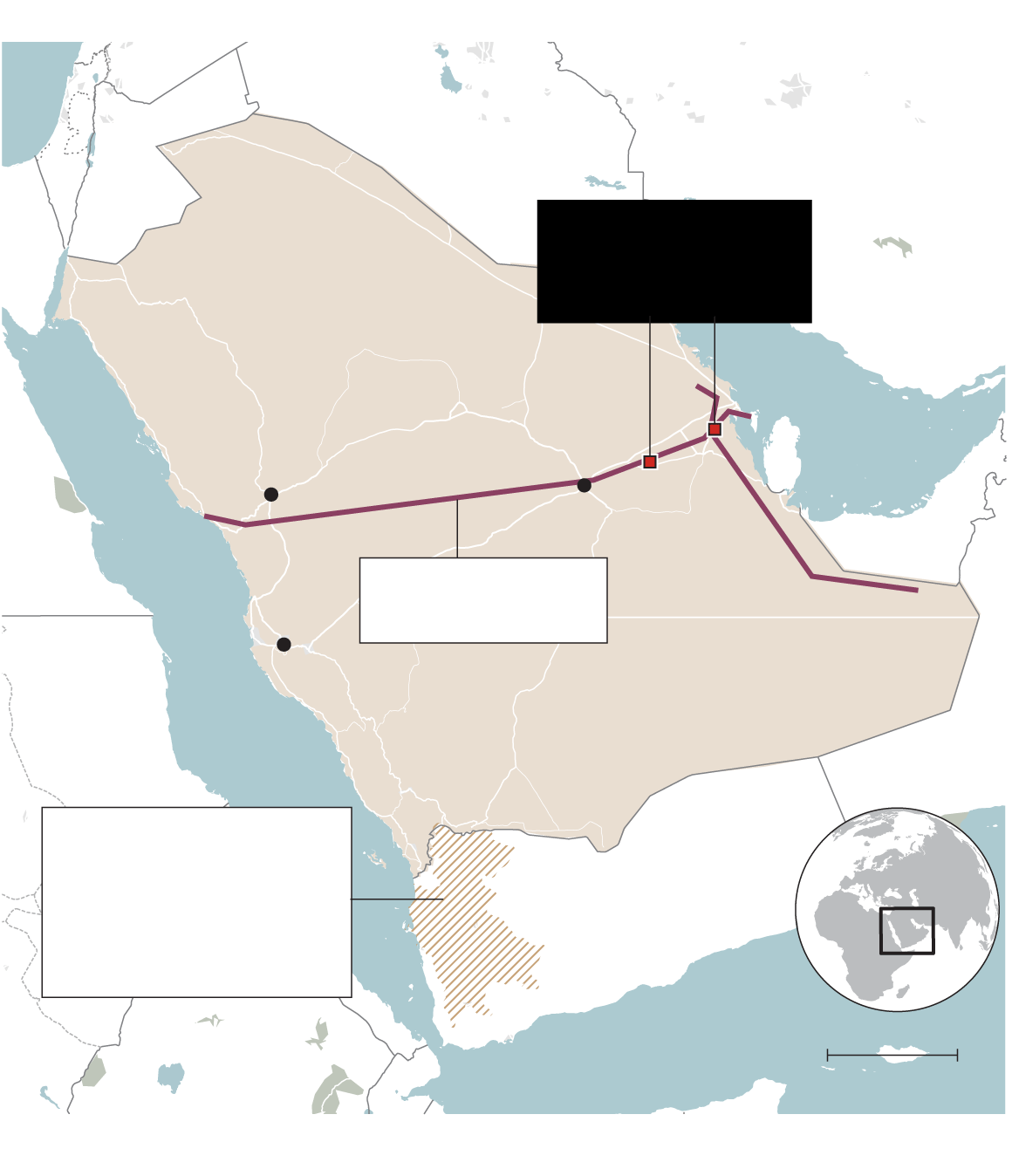 The Houthis have claimed that they carried out the attacks and Iran has denied any involvement. But Trump administration officials have previously said that the Iranians should be held responsible for the actions of forces in the region that they support, including the Yemeni rebels.

An investigation into the strikes is still under way, but “the initial results show that they are Iranian weapons,” Colonel Turki al-Maliki, spokesman for the Saudi-led coalition fighting the Houthis in Yemen, said at a news conference in Riyadh.

“The terrorist attack was not from Yemeni territory, as the Houthi militias claimed,” he said, adding that the Saudis were still “working to determine the launch point.”

U.S. officials have said that Tehran was responsible and have suggested that a military response may come. But they have not said whether that meant Iran actually had a hand in directing or mounting the offensive and offered no evidence for an Iranian role beyond satellite photos of the damage whose meaning was unclear.

The Americans, too, have cast doubt on whether the attacks were launched from Houthi territory in Yemen, far south of the targets, suggesting that they originated from the north – the direction of Iran – or northwest.

United Nations experts say that Iran has supplied the Houthis with drones and missiles that have greatly expanded their offensive capacity.

U.S. President Donald Trump on Monday took to Twitter to suggest that Tehran could not be believed, reminding his followers of Iran’s downing of a U.S. surveillance drone in June. Iran’s version of events “was a very big lie,” he wrote. “Now they say that they had nothing to do with the attack on Saudi Arabia. We’ll see?”

Mr. Trump, who has made U.S. policy toward Iran markedly more hostile, tweeted Sunday night that Washington was seeking Saudi input before a potential military response.

“There is reason to believe that we know the culprit,” he wrote, saying that the military was “locked and loaded depending on verification.”

But no clear public message has emerged yet about what response the Saudis prefer.

Prominent supporters of the monarchy have portrayed the strikes as an assault on the world and its energy markets, not just Saudi Arabia, and some have talked of retaliation.

“What is required is nothing more than the destruction of Iran’s oil installations, and if there is a capacity, nuclear facilities and military bases as well,” argued Turki al-Hamad, a prominent Saudi political analyst and novelist.

But other social-media accounts known for pro-government propaganda argued for patience, saying that wisdom favours choosing the right time and means to respond.

Mohammed Alyahya, editor-in-chief of the English website of the Saudi-owned Al-Arabiya news channel, emphasized that the rulers of the kingdom were deliberating carefully. The attacks show that Iranians are feeling the pain of the Trump administration’s sweeping sanctions, he said, and “they are more likely to take risks like the one they took recently.”

“A conventional military response must only be embarked upon with the utmost care in terms of the legality and consequences, after looking at all the other alternatives,” Mr. Alyahya said. “If there is a military conflict, Iran will inevitably be the biggest loser, but the reality is that everybody will lose. A conventional war will take its toll on everyone.”

The Houthis insisted Monday that they had carried out the strikes using drones and threatened more. They made no reference to whether Iranian equipment or training had played a role.

A spokesman for the Houthi military, Brigadier-General Yahya Sare’e, “warned companies and foreigners not to be present in the factories that were hit by our strikes because we may target them again at any moment,” Almasirah, the Houthi news organization, reported Monday.

The Houthis can strike at will anywhere in Saudi Arabia, he said, and their actions against the kingdom “will expand and be more painful.”

While doubts persist that the Houthis could have executed such a strike on their own, it is possible they did so with Iran’s help. Iran’s Revolutionary Guard has worked extensively with other allied groups in the region, including Hezbollah in Lebanon and Syria, Hamas in the Gaza Strip, and Shia militias in Iraq.

Saudi Arabia is leading the coalition that is fighting the Houthis in Yemen, waging a bombing campaign that has killed thousands, many of them civilians. The war there is considered the world’s greatest humanitarian crisis of recent years, displacing millions of people and leaving millions more at risk of starvation.

The Houthis claimed to have used 10 drones in the Saturday attack; U.S. officials said that there were 17 points of impact. The rebel group has launched missile and drone attacks into Saudi territory before, but never anything on that scale, or against such vital targets, or so deep into the kingdom, some 500 miles from Yemeni territory.

The attacks Saturday forced the shutdown of facilities at Abqaiq and Khurais, which ordinarily process most of the crude oil produced by Saudi Arabia, which supplies about a tenth of the worldwide total. A Saudi official said Monday that the kingdom had shut down about half of its production because of the attacks but expected its output to return to normal soon.

Saudi Arabia and other exporters keep large oil stockpiles. Experts say it is unclear whether the Saudi equipment will be out of commission long enough to affect global oil supplies, but prices rose sharply in the immediate aftermath of the attacks.

The Iraqi government said Monday that Secretary of State Mike Pompeo had told Prime Minister Adel Abdul Mahdi on Sunday night that the information reviewed by the United States showed that the attacks had not come from Iraqi territory.

That would mean the U.S. does not suspect that Shia militias in Iraq with ties to Iran are responsible for the attacks. Some of those militias are under the umbrella of Iraq’s Popular Mobilization Forces, which fought against the Islamic State group and whose salaries are paid by Baghdad.

“The Prime Minister stressed that Iraq’s task is to maintain its own security and stability and avoid any step of escalation and to prevent the use of its territory against any neighbouring or brotherly or friendly country,” the Iraqi statement said.

The State Department declined to comment on Mr. Pompeo’s call or the official Iraqi statement. The department did not provide its own summary of the call.

Tensions between the United States and Iran have increased sharply since last year, when Mr. Trump withdrew from the 2015 deal limiting Iran’s nuclear program and reimposed economic sanctions against Iran. This spring, he imposed new sanctions, and Iran, which had continued to abide by the 2015 accord after the U.S. withdrawal, began stepping back from some of their obligations.

In May and June, several tankers were damaged in or near the Strait of Hormuz, in what U.S. officials said were Iranian attacks. Iran has also seized several foreign ships.

On Monday, the Iranian Foreign Ministry said that a British-flagged tanker, Stena Impero, which Iran impounded while it sailed near its coast in July, will be released within days. Iran took the ship after British and Gibraltar forces seized an Iranian tanker, which was released last month after more than six weeks’ detention.