With new coronavirus cases surging in Texas and Florida, officials on Friday ordered bars to close again and imposed tighter restrictions on restaurants, setting back efforts to reopen their economies.

Governor Greg Abbott gave bars in Texas until midday Friday to shut and ordered restaurants to reduce capacity, while Florida’s Department of Business and Professional Regulation told bars to immediately stop serving alcohol on their premises.

The announcements marked a major step back by both states -two of the early drivers in attempts to reopen the economy – and an acknowledgment that infection figures had grown too worrisome to stand pat.

Florida on Friday announced a startling 8,942 new COVID-19 cases. That number was a leap from the state’s previous record of 5,511 new daily cases, reached on June 24. Total U.S. cases rose 40,751 on Thursday, a record daily increase.

Abbott, a Republican, also told restaurants to limit indoor capacity to 50%, from a previous 75%.

Tish Keller owns the Triple J chophouse in downtown Lubbock. As she welcomed late lunch diners, she said Abbott’s order was a brutal blow for her business.

“We were just getting to where we could pay the bills,” she said. “Taking us back down to 50% capacity means we won’t have enough business to pay staff, let alone the bills.”

Keller said she had no idea how long she could keep her doors open under the renewed restrictions, and dreaded the thought of having to once again try to come back from operating at half occupancy.

The attempts by Texas, Florida, South Carolina and other states at a more complete economic reopening have boomeranged in a resurgence of cases that is changing the nature of the pandemic and likely to test the strength of any broader economic rebound in the United States.

Texas had been at the forefront of states peeling away restrictions designed to control the pandemic. It allowed bars to reopen in May, when revelers flouting social distancing rules celebrated Memorial Day weekend.

It has since witnessed some of the biggest increases in new cases in the United States, reporting 5,996 on Thursday. The state has seen record numbers of hospitalizations in the last two weeks.

“At this time, it is clear that the rise in cases is largely driven by certain types of activities, including Texans congregating in bars,” Abbott said in a statement.

Almost 125,000 Americans have died of COVID-19, the highest death toll from the highly infections disease in the world.

Despite the grim news from Texas, Florida and elsewhere, President Donald Trump said the United states was coming back from the coronavirus crisis, which has halted large parts of the economy and left millions jobless.

“We have a little work to do, and we’ll get it done. We’re having some very good numbers coming out in terms of the comeback, the comeback of our nation, and I think it’s going very rapidly and it’s going to be very good,” he said at an event in the White House.

Vice President Mike Pence said that in Texas and Florida “we’re seeing more and more young people, under the age of 35, who are testing positive. In many cases they have no symptoms.”

New York Governor Andrew Cuomo on Friday criticized states that reopened their economies before getting the coronavirus spread under control, saying there was “undeniable, irrefutable evidence” those states made a mistake.

Cuomo, a Democrat, told a briefing that states that followed guidance from the White House are now seeing a spike in cases, arguing that New York curbed the outbreak by taking what he called a scientific, rather than a political, approach.

“What’s going on in this country is now frightening and revealing at the same time,” Cuomo said. “I say it is time to wake up, America, and look at the undeniable facts.”

Initially the epicentre of the U.S. outbreak, New York now has the lowest positive test rate in the country.

Many of the states that were spared the brunt of the initial outbreak or moved early to lift restrictions on residents and businesses are seeing rising numbers of infections and hospitalizations.

Dallas County Judge Clay Jenkins, a powerful voice in the Texas Democratic Party, described Abbott’s handling of the pandemic as “a disaster.”

“At the beginning of May, the governor said, ‘Hold my beer and let me take over. No more requirements, everybody do what you want to do.’ It has been a disaster,” Jenkins told reporters on a call. 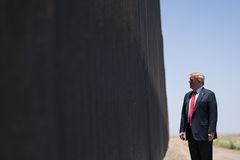 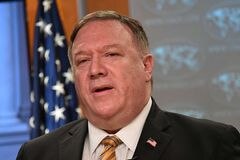 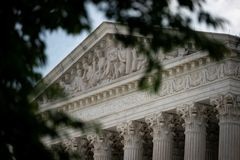