It’s racing day in Asmara, and the whole city has come out to watch: lining the streets, packing the grandstands, expertly studying the cyclists as they whoosh past, wildly cheering the front-running Eritreans and sportingly encouraging the lagging Nigerians.

This is the launch of the Africa Cup, a new cycling championship, but it’s nothing at all unusual here. Cycling races are held almost every weekend in Eritrea. Police block cars from the streets and whip any disorderly youths who cross the barriers, but for most people the excitement outweighs the inconvenience.

Cycling is the biggest sport in Eritrea, and its cyclists are the best in Africa – and increasingly among the best in the world. It’s an odd byproduct of Eritrea’s unique history, geography and culture. 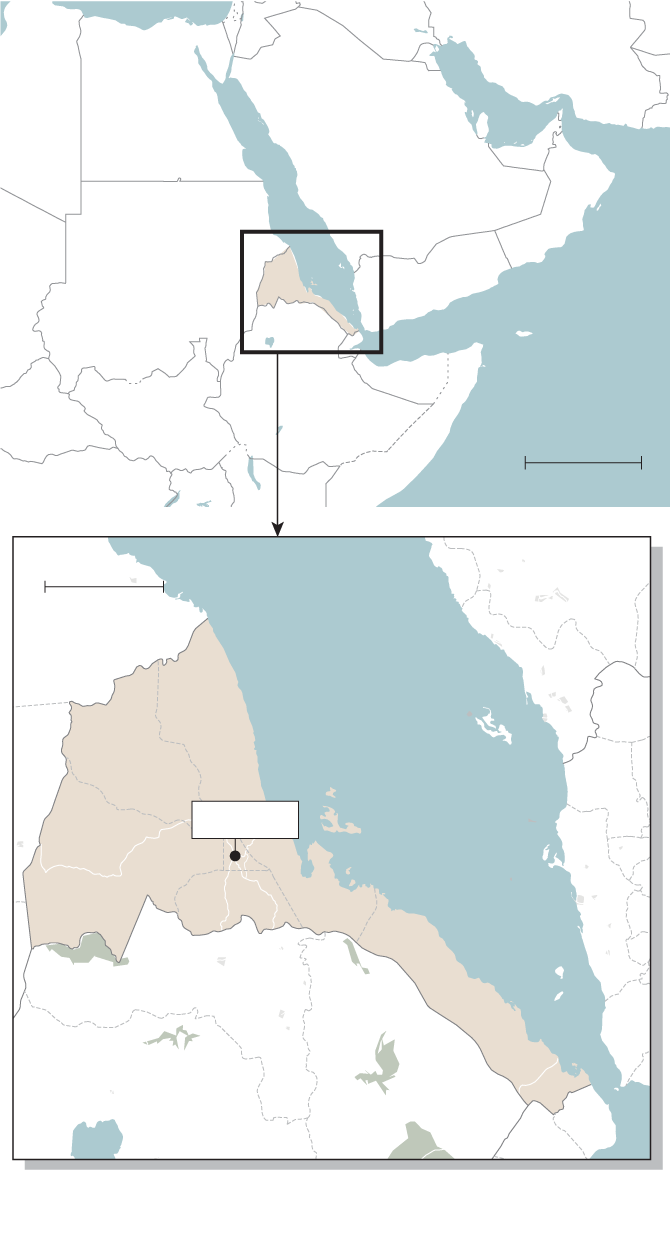 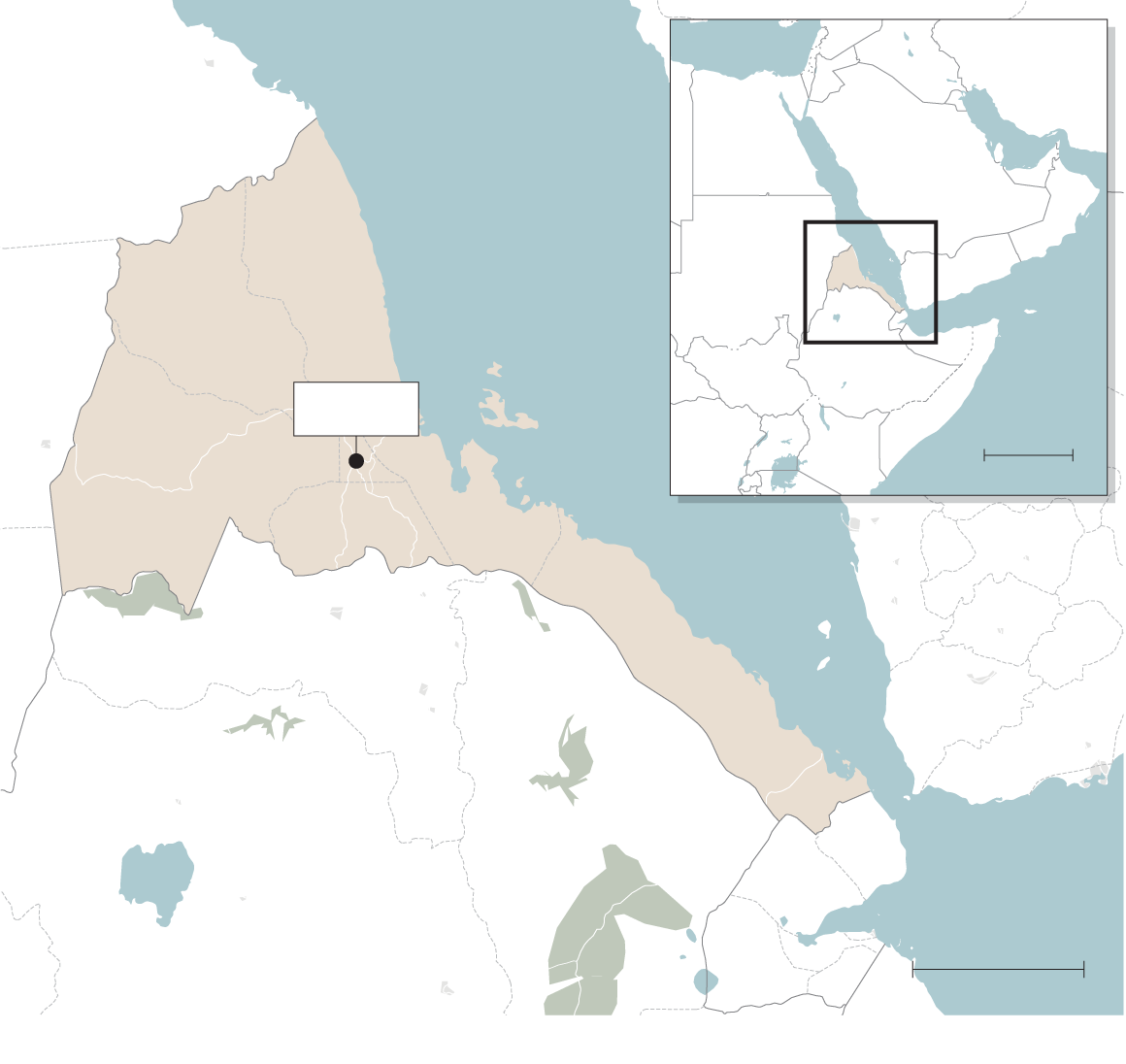 Eritreans became fascinated with the sport when they watched Italian cyclists racing in the streets in the 1930s when their country was an Italian colony. They soon discovered that Eritrea has some natural advantages. The capital, Asmara, is at high altitude – about 2,350 metres – and its mountainous circuits and dry climate have helped its cyclists to build their endurance. Eritreans also tend to have a lean physiology that lends itself to cycling.

By 1939, an Eritrean had won a much-watched cycling race against Italians, giving a further boost to the sport. By the 1960s, Eritreans were the only black Africans to compete in Olympic cycling events, although they wore Ethiopian uniforms because Ethiopia controlled their nation at the time.

Today, more than 75 years after the Italian colonialists were booted out, cycling has become a vital element in Eritrea’s national identity. At a time when this Horn of Africa country is suffering from deep poverty and political repression, cycling is a mass obsession that provides something for the whole population to celebrate. (Its only real rival in popularity here is soccer, but the entire national soccer team defected on a foreign tour a few years ago, putting a dent in official support for the sport.)

“No weekends pass without streets being blocked for a cycling event,” said Damr Gebretinsae, an official in Eritrea’s national cycling federation. “People are surprised if the streets aren’t blocked. Cycling has become a cultural space where people meet to talk. It has become a part of city life.”

To reach international greatness, Eritrean cyclists must overcome some daunting obstacles. Eritrea is a small and isolated country, with a population of only about four million, traditionally closed to many visitors. Getting bicycle parts into the country can be difficult and expensive. Getting visas to travel outside Eritrea is even more difficult.

Despite these challenges, Eritrea achieved a remarkable breakthrough in 2015 when two of its cyclists – Daniel Teklehaimanot and Merhawi Kudus – became the first black Africans to compete in the Tour de France. That same year, Mr. Teklehaimanot became the first African to wear the King of the Mountains jersey at the Tour de France, which he did for four days. The two cyclists were welcomed home as national heroes.

“Eritrea is the only African country that has such deep roots in cycling,” said Jock Boyer, an American cycling coach and former Tour de France racer who works with Eritreans and other African cyclists on his Africa Rising team. “It’s a deep-seated culture. Every young kid in the country has tried cycling to see if they can make it onto a team. They’re highly motivated and dedicated.”

And now Eritrea’s cycling prowess is getting another boost. A peace agreement with its old enemy Ethiopia this year has opened Eritrea’s borders with its neighbor, allowing greater connections and competition between two of the powerhouses of African cycling.

“It’s going to create a huge influx of riders and racers,” Mr. Boyer told The Globe and Mail in an interview. “It’s pretty amazing. It’s going to open doors and opportunities. You’re going to see a lot more cyclists from Eritrea and Ethiopia over the next few years.”

Since the 2015 breakthrough at the Tour de France, a growing number of Eritreans have been recruited to cycling teams in Europe, Asia and elsewhere. “It has made the riders much more motivated,” Mr. Boyer said. “It gives everyone the spark of knowing that it is possible.”

Douglas Ryder, manager of the Africa-based Dimension Data cycling team that has helped propel Africans into the top international races over the past five years, remembers the celebration in Eritrea when its cyclists returned home from the Tour de France. “The whole country stood on the side of the road to see them,” he told The Globe in an interview.

“These guys have become absolute heroes and rock stars. As a team, we’ve opened the door for the Eritreans and other African countries, and now other international teams are looking at how good they have become.”

Mr. Ryder’s team, the first African-registered team to compete at the Tour de France and other world tours, is aiming to produce the first ever African world champion in cycling. Almost half of its riders are African-born, and Eritreans have four riders on the team this year.

Mr. Ryder says the “massive fan base” for the cyclists in Eritrea and in the Eritrean diaspora is a huge advantage for them. But there are serious obstacles too. At a time when Eritrea has been one of the biggest sources of migrants to Europe, obtaining visas for the Eritrean cyclists to compete abroad is “an unbelievably tough job,” he said.