A lot of languages are being spoken in the aircraft-hangar-size factory in Tuscany that makes Marchesini Group vaccine-filling machines. One of them is Russian.

Several young Russian technicians are gathered at a table next to the gleaming machine that will soon be delivered to the Scientific Research Institute of Vaccines and Sera in St. Petersburg.

The entire unit is the length of a bus and is worth between €5-million and €10-million (Marchesini will not reveal the exact price), and the Russians are analyzing its performance data. They need to make sure the stainless-steel wonder works perfectly before it is disassembled and carted north by truck.

“This is the same kind of machine that is used to produce the Sputnik V vaccines in Russia,” said Massimo Pannini, the plant director for Marchesini’s Corima Division, the group’s vaccine-machine subsidiary.

For obvious reasons, it’s a hot seller, and Marchesini can’t keep up with demand. The company is one of the world’s top five makers of vaccine-packaging equipment – two of which are Italian, three German. It is but one example of Italy’s low-profile fleet of family-owned engineering companies, laden with patents, that have become pocket-sized global players in high-value industries. They are the equivalent of Germany’s private technology- and export-oriented mittelstand firms.

Another Italian company doing roaring business amid the pandemic is the 72-year-old Stevanato Group, which is pumping out tens of millions of the aseptic glass vials that will contain finished vaccines. Demand for its products is so high that it is considering an initial public offering, breaking a long-standing tradition among the Italian mittelstand of relying on private financing, generally bank loans, to fund their growth.

Stevanato declined to comment on rumours of an imminent IPO. Reuters recently reported that an IPO could value the company as high as US$5-billion and that Bank of America and Morgan Stanley would handle the listing. Stevanato last year signed an agreement with CEPI – the Gates Foundation-backed Coalition for Epidemic Preparedness Innovations – to make 100 million 20-dose glass vials.

Marchesini’s “machine” is somewhat of a misnomer. The completed product is a series of machines that form a self-contained, fully automated assembly line – a miniature factory, in effect – capable of spitting out 400 to 600 vaccine-filled vials or syringes per minute.

The vial machine, like the one going to St. Petersburg, is designed not just to ensure amazing speed but also extreme cleanliness – life-saving products such as vaccines can be rendered useless or dangerous by the slightest bit of contamination. The air that circulates in the line goes through HEPA filters, and the internal air pressure is slightly positive to prevent outside contaminates from blowing in.

The vials are washed with distilled water before flowing into a sterilizing tunnel, where they are roasted at 320 degrees for seven minutes to destroy any traces of bacteria. Cooling is the next stage, after which the vials are filled with the vaccine liquid, sealed with tamper-proof caps and labelled so they can be traced. “The goal along the whole process is to protect the product,” said Mr. Pannini, 56, a chemical engineer from nearby Siena.

The machines can take a year or more to make, though the factory has added about 30 workers, taking the total to 150, to try to compress the assembly time to eight months or so.

The company’s customers are some of the world’s top vaccine manufacturers, generally working as contractors to the big pharma firms. They make all sorts of vaccines, not necessarily the COVID-19 variety. One disclosed client is Russian biotech company Biocad, which is using a Marchesini line to produce the Sputnik V vaccine. Another is Montreal’s Omega Laboratories.

Marchesini’s main business is actually not vaccine machines, though that enterprise does not stray far from its industrial DNA. The company sells a vast array of packaging machines for the pharmaceutical and cosmetics industries, all of which are made in Italy. At last count, Marchesini had 2,000 employees and annual sales of €430-million ($650-million), up from €270-million ($407-million) in 2015. Almost 90 per cent of its products are exported with the help of 14 foreign subsidiaries.

Marchesini was founded in 1974 by the late Massimo Marchesini in Pianoro, near Bologna in north-central Italy. A mechanic, he created various machines – primitive by today’s standards – that filled vials, sachets and tubes. They were a hit in the rapidly industrializing country, and by 1980, he had invented a continuous-motion cartoning machine for the pharmaceutical industry; its design was inspired by the mechanics of motorcycle manufacturing.

The Marchesini Group was formally launched in 1989 and, through organic growth and acquisitions, greatly expanded its product line and geographic reach. Its cosmetics business fills and packages everything from lipstick to body cream. Its pharma machines can make everything from sterilized, pre-filled syringes to blister packs for oral medicines and vitamins.

While the company considers itself “a family of dedicated craftsmen” – as if its employees were still oil-stained garage mechanics – it is pursuing technologies that would have been alien to Mr. Marchesini in the 1970s and 1980s: robotics, artificial intelligence, 3-D printing and Amazon-style automated warehouses. Today, Mr. Marchesini’s son Maurizio, who is president, is the ranking family member. In 2016, the family chose an outsider – Pietro Cassani, a career manufacturing and engineering executive – as CEO.

Marchesini is riding high but faces one serious threat: China.

Mr. Pannini said that China, where Marchesini has sold a few machines, is now producing manufacturing lines that look suspiciously like Marchesini’s products. The Chinese versions are selling for as little as a third the price of the Italian ones, rattling Marchesini and its European rivals.

“We have to compete on quality, innovation and service,” he said. “They have to be our competitive advantages.” 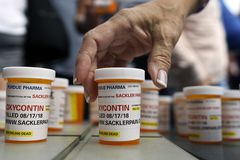 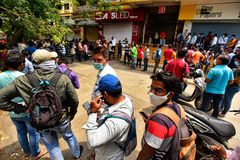 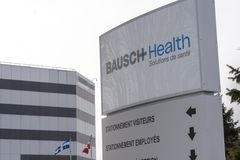