It’s been more than three years since Britain voted to leave the European Union, and feelings remain raw about whether the country should stay or go. If anything, the United Kingdom seems more divided than ever about Brexit. Families have feuded, friends have split up and there has even been talk of violence in the streets if Brexit goes badly. With no resolution in sight, and a possible election looming in December, the debate is far from over. We talked to regular Britons on both sides of the debate.

We joined the EU in 1973, when we were both 18. Our European-ness has always been taken for granted, just like our British nationality. We never thought either of our nationalities would be stripped away from us without our agreement, but as soon as David Cameron made the in-out referendum announcement, we realized it might happen. I worry every day about a no-deal Brexit, which is why we’re so politically engaged. I don’t think it’s likely, but it would be unwise to say it wouldn’t be a possibility.

For three years, I’ve been asking people who voted to leave, “Why?” and no one has given me a reason. There’s going to be no benefit – manufacturing will leave, people will be poorer, we’ll have fewer friends. I’m an elected councillor, so there’s going to be less money for government and less funding for public services. Councils have already been savagely cut – 40 to 50 per cent. This is why you see so many homeless people in the streets. It never used to be like this. But the big bit is the trade deal. It’s going to be an absolute disaster.

I believe we’re stronger in the EU, but it’s unsurprising so many people voted to leave, because this Tory government left a lot of people behind with austerity. If they were told the truth at the start, rather than the lies Boris Johnson and Dominic Cummings told them, perhaps they would realize we shouldn’t try to strike it out alone.

A lot of people assume Wales voted to leave, but many in West Wales, where more people talk the Welsh language and are more nationalist in their view towards Welsh independence, voted to remain. It’s very much an East-West split. I hope in my heart we’ll stay, but I don’t know how this country is going to come back together.

I was actually living in Canada with my wife during the referendum. We got postal votes and voted Remain. Breaking off ties with Europe, our closest trading partner and ally, is ridiculous. It’s going to harm our economy. Look how long it took to pass the free-trade deal between Europe and Canada – the best part of 10 years. These guys think it can be done in a year. I work as a freelance translator, translating from Swedish to English. Since the Brexit vote, I’ve noticed a downturn in business from Sweden and other countries. People in Europe see the U.K. as difficult to do business with. I hope we won’t leave without a deal.

I spent a lot of my career in Germany, selling and promoting British goods and services. I wasn’t allowed to vote in the referendum – if you’ve lived outside the U.K. for more than 15 years, you’re denied a vote. If Brexit happens, it takes away my European citizenship, with all the rights that confers. I’ve lived in Munich for 30 years, but I’m still British. If we’re going to leave the EU, it’s better to leave in a way that minimizes disruption. I’m retired, so it doesn’t affect me so much, but I feel very strongly for the young people who are being denied the right to free movement and working in Europe.

A Remain vote seems like a more progressive way into the future – not trying to divide, but to unite. I don’t know many people who voted to leave. A no-deal Brexit is undemocratic. No one who wanted to leave the EU wanted to leave without a deal.

“Made in Britain” Dog

Pet passports make it easy for owners who regularly travel in Europe to take along their furry friends. But those passports would become invalid if the U.K. crashes out of the EU.

Owners have been warned that it could take up to four months to get new paperwork and blood tests.

This country had an empire. Today, we have become a laughingstock. They want to take a no-deal Brexit off the table – it’s ludicrous. We have nothing to fear, because we only export 15 per cent to the European Union. They are the ones to lose. When this whole project started in 1973, it was going to be an economic trading bloc. Today, it has become a bureaucratic machine. We’ll have some free-trade agreements in due course. I don’t think there’s anything to worry about. The problem is that the “remoaners” are trying to find ways of keeping us from exiting the EU. They don’t want the European project to fail.

One of the things I don’t like about the EU is the racist immigration policy. If you come from Europe, which is 90 per cent white, it’s free movement. But if you’re coming from outside Europe, most of those countries are brown, and the policy excludes people of colour coming into the U.K. on equal footing with European, mainly white, countries. My parents wouldn’t have been able to come here from Africa if this policy were in place in the 1970s. So I’m quite keen to set our own immigration policies that are fair and equal to everyone. I come from a very Remain city. No one would possibly believe you could vote to leave – you could fall out with friends.

We voted to remain because we were concerned about the impact it would have on London, particularly in finance and banking. Now, we want to leave because we feel that the whole of the EU is corrupt. There are too many snouts in the trough. We’re paying so much more to the EU than we’re getting out of it ­– 30 pence to the pound. A lot of our industries are being killed off. We used to have a fantastic car industry and a lot of manufacturing. Now we seem to be a nation of call centres and financial services. We’re a sovereign nation – we don’t need to be told what we can and can’t do. I’m not worried about a no-deal Brexit. Let’s get on with it.

Runs the Leavers of Croydon Group, ran the Vote Leave campaign in Croydon and has run for council locally (Croydon, London)

The EU is a country, but I’m not a United States of European. I’m British. I want us to be a self-governing entity. There are a whole range of things that are controlled by the EU, from the level of VAT [value-added tax], to the customs we charge, to who you allow into your country, to the size and shape of your bananas. When you’re in the EU, you cede that democracy to a foreign power that you cannot vote on.

My missus was in hospital in King’s Lynn three years ago, and three people all had to have interpreters. Immediately, you put a lot more stress on everything. We’re too small. There’s not enough space, not enough hospital beds, not enough roads. People pay tax into the National Health System and someone strolls over here, has an operation after six months, and then they trot off home. Let’s just go. Britain, France and Germany – all we do is bail out Italy, Portugal and Greece. It’s like taking on someone with a load of debt and moving them into your house. It doesn’t work.

The majority of the voting public voted to leave the EU because of its democratic deficient and because it has failed as a trading bloc. The Remainers’ favourite excuse is “no deal.” The U.S., China and India, three of the world’s largest economies, trade with no deal. I’m proud that the majority of the British public were smart enough to see that the dots didn’t add up. The whole thing about no deal being a kind of Armageddon is complete fabrication. I work as a musician, so I’ll probably have to apply for a visa to go on tour in the EU. But that’s as bad as it’s going to get. 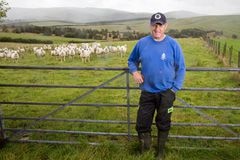 The lowly pallet could be highly problematic for Britain in a post-Brexit world
Subscriber content
September 15, 2019 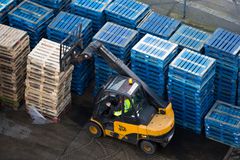 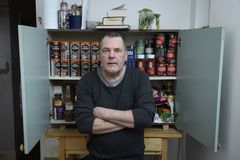