In Kuwait, troop movements made it hard to decipher whether Western countries are coming or going.

Roughly 4,000 additional U.S. troops rushed to this small Gulf nation, a staging ground for operations in Iraq, as tensions rose with Iran after the drone strike that killed Quds Force commander General Qassem Soleimani. Yet Canada, Germany and Croatia moved troops the other way, pulling army trainers out of Iraq to Kuwait.

Both were responses to the same unpredictability. And it is still not entirely clear U.S. troops will stay in Iraq. The country’s Shia politicians, many aligned with Iran, have called for them to go. Allies that train Iraqi army soldiers, such as Canada, paused that work to focus on security. Without the presence of the roughly 5,000 U.S. troops in Iraq, those allies would probably not go back to training.

For many Canadians, this crisis has been a surprising reminder that roughly 500 of their country’s troops were still in Iraq, still working in dangerous circumstances to try to help bolster the fragile Iraqi state’s ability to secure itself. Now that mission’s future is in question.

Many Kuwaitis, meanwhile, remained relatively calm on Wednesday, the day after Iran launched a missile attack on Iraqi bases that housed Americans. Iran warned that it would attack allies in the region that helped U.S. forces launch strikes against them. But many still saw Kuwait, which maintains extensive relations with Iran, as an unlikely target.

The military bases are about an hour away from Kuwait City, the main city of a well-heeled oil state where the skyline is dominated by bank towers. The foreign troop movements largely went unseen. In the city, there was little more than a ripple of tension.

“People in Kuwait have experience with this,” said Anwar Buqrais, a former air force pilot taken prisoner during the Iraqi occupation of Kuwait in 1990.

This small country was the centre of the first Persian Gulf war 29 years ago that still echoes in the region. Then Iraqi leader Saddam Hussein launched an invasion in 1990, occupying the country for seven months, until U.S. president George Bush launched the first Gulf war, attacking Iraq and liberating Kuwait. More than a decade later, in 2003, the second president Bush, George W., launched the second Gulf war, which ousted Mr. Hussein but left behind a weak and divided Iraq – Islamic State extremists overran much of the country in 2014 and Iran now exerts powerful influence.

“Saddam Hussein, at that time, he took our country for seven months," he said, comparing it to the current tensions. "We are not worried about this.”

“We, as Kuwaitis, we don’t know what’s behind the curtain with this situation,” Mr. Ahmed said. “Whatever is happening is up to God, and we don’t know.

“When the Iraqis came, it was overnight. We didn’t know from day to day if we’re going to be arrested. That was totally different from now.”

U.S. President Donald Trump’s press conference on Wednesday suggests that is proving true. The President made no reference to any further military retaliation, and said Iran appears to be “standing down.” Both sides appeared to be leaving the use of force – at least direct attacks – at that.

But that still did not lay to rest the question of whether the troops moving through Kuwait are coming or going.

Iran’s Supreme Leader Ayatollah Ali Khamenei on Wednesday called his country’s missile attack a “slap in the face” to the United States, but said the real goal is to oust the country from Iraq.

The resolution passed by Iraq’s parliament calling for U.S. forces to leave isn’t binding, but the question hasn’t been resolved, either.

Iraq’s Shia militias might still seek revenge for the death of Abu Mahdi al-Muhandis, the deputy commander of the Popular Mobilization Forces, the umbrella organization for the militias. The extra U.S. troops mobilized to go to Iraq might still be needed.

If U.S. troops do leave, the trainers from countries such as Canada, operating both under North Atlantic Treaty Organization and national operations, would presumably not be heading back in, or staying on.

Those are the missions attempting to bolster the Iraqi government’s own regular forces, trying to make it capable of ensuring security – and also attempting to put power in the hands of the government, rather than militias and factions.

Canadian and other Western governments are arguing that it is in Iraq’s interest to keep those missions going to help prevent a resurgence of Islamic State militants. But the future of that role, the job many Canadians had forgotten their troops were in Iraq doing, is still in question.

Canada moving some troops out of Iraq for security in wake of U.S. killing of Iranian general
January 7, 2020 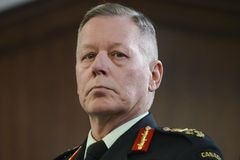 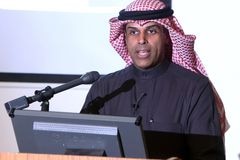 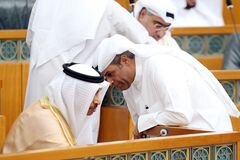