They are sitting in orderly rows, wearing neatly pressed uniforms. But in this class, as they debate the merits of democracy and civil rights, Hong Kong high school students are prompting Beijing to worry that they are increasingly out of control.

The mandatory civics course known here as liberal studies has been a hallmark of the curriculum in Hong Kong for years, and students and teachers say the point is to make better citizens who are more engaged with society.

But mainland Chinese officials and pro-Beijing supporters say the prominence of the city’s youth at recent mass protests is the clearest sign yet that this tradition of academic freedom has gone too far, giving rise to a generation of rebels.

“The liberal studies curriculum is a failure,” Tung Chee-hwa, a former leader of Hong Kong, said in July. “It is one of the reasons behind the youth’s problems today.”

As Hong Kong’s high school students head back to school this week after a summer of protests, there are concerns that the struggle that has taken place on the city’s streets will move into classrooms.

Already, students from universities and high schools across the city have planned class boycotts to ramp up pressure on the government to fulfill the protesters’ demands, which include universal suffrage and the full withdrawal of a contentious extradition bill.

In response, authorities have been taking steps to depoliticize campuses. In a notice issued last month, the city’s education bureau told teachers that if asked “difficult questions” about the current events, they could say, “I don’t know” or “I don’t understand it, either.”

China’s ruling Communist Party has long seen education as a crucial ideological tool for nurturing loyal citizens. Under Xi Jinping, the country’s authoritarian leader, the party has ramped up patriotic education on the mainland, helping shape one of the most nationalistic generations of youth that the country has seen in years.

The party’s past efforts to push through similar patriotic education programs in Hong Kong, a Chinese territory with more civil liberties than on the mainland, have failed. But there are concerns that Hong Kong’s long-cherished tradition of academic freedom may once again be in the party’s cross hairs.

In recent months, officials in Beijing have repeatedly stressed the need for stronger patriotic education in Hong Kong.

“There is indeed a problem with the national education of Hong Kong’s youth,” said Xu Luying, a spokeswoman for the Chinese government’s Hong Kong and Macau Affairs Office, at a news conference last month. “Passionately loving the country and passionately loving the motherland should be taught in the first class in school.”

To the party, what is at stake is no less than Beijing’s legitimacy in the eyes of Hong Kong’s next generation. It wants to draw Hong Kong closer to Beijing by fostering patriotism that plays up the party’s achievements and whitewashes its tumultuous history.

It’s a mission that Hong Kong’s chief executive, Carrie Lam, had pledged to work on even before she took office in 2017, saying then that she would emphasize the message “I am Chinese” in kindergartens and primary schools.

Now, the liberal studies curriculum appears to be moving to the front line of that struggle again. It is a high school course designed to instill critical thinking skills and covers topics ranging from Hong Kong identity to climate change. When it comes to the mainland, the official curriculum focuses on the party’s recent economic achievements. But teachers are given a wide berth to teach topics that Beijing sees as subversive.

That includes studying the crackdown on pro-democracy protesters in Tiananmen Square in 1989 or the life of Liu Xiaobo, the Nobel Peace Prize laureate who died in 2017 while in Chinese government custody for his involvement in a petition calling for democratic reform.

Many educators and democracy advocates in Hong Kong say the course teaches students to be analytical and objective, even when it comes to examining the party’s flaws. To present a distorted version of history, they argue, is to undermine the intellectual rigour of a system that has consistently ranked among the top in global education indexes.

“They want to make young people dumber and less aware,” said Hoi Wai-hang, 38, who has taught liberal studies for 10 years.

Some, like Tung, the former Hong Kong leader, blame the curriculum. Others, including the Hong Kong Island Chaoren Association, a community organization with pro-Beijing views, blame the teachers. The group said in July that students should not have to take liberal studies classes at school because they could be swayed by the political beliefs of their teachers.

“I don’t want the teachers to affect their attitudes on the situation of Hong Kong right now,” said Joseph Yu, the vice president of the association.

Similar criticisms of the curriculum were made in 2014, after the wave of youth-led pro-democracy protests known as the Umbrella Movement.

Though no changes were made to the course then, experts say the renewed focus on the subject this time reflects a hardening belief among leaders in Hong Kong and Beijing that change is needed. It has also brought to the fore the increasingly untenable contradiction between these two systems: one that holds academic freedom as a core value and another that emphasizes ideological control above all else.

“To some extent, liberal studies awakened these young minds to the view that by joining in protests you can achieve change,” said Willy Lam, a political analyst who teaches at the Chinese University of Hong Kong.

“That’s Beijing’s biggest nightmare,” Lam added. “They will pull out all the stops to remedy the situation.”

Liberal studies was first introduced by British colonial administrators in 1992 as an elective in part to ease concerns about the future in the years leading up to the return of Hong Kong to Chinese rule. In 2009, the course was made mandatory.

Nothing like it exists in schools on the mainland. There, Xi has presided over a vigorous campaign to recenter Chinese society around ideology, specifically “Xi Jinping Thought,” his self-branded philosophy, which was written into China’s Constitution. In classrooms, children as young as 7 are taught to love the Chinese Communist Party and recite party slogans. New guidelines on ideological education were released by party authorities as recently as last month.

Meanwhile, the Hong Kong Professional Teachers’ Union, the largest union for educators in the city, declared its support earlier this summer for students’ participating in the peaceful protests.

But education officials, teachers and students have strenuously rejected accusations that the liberal studies course encourages students to take part in violence.

“There is no proof that liberal studies causes students to take radical actions,” Wendy Au Wan-sze, principal assistant secretary for education, said at a news conference in July after Tung’s remarks.

Yet many students speak proudly about how liberal studies helped them understand the complex bill that set off the protests. The bill, which would have allowed extraditions to the mainland, has since been suspended but has not been formally withdrawn from legislative agendas.

Students like Jerming Zhang, 16, also said they became more engaged in current events as a result of liberal studies. Zhang said he learned about China’s mass detention of the mostly Muslim Uighurs in the far west region of Xinjiang by searching online.

“It shows what could be a possible reality for Hong Kong,” he said.

With the new school year starting, many said they are on alert for further attempts to erode academic freedom. And Hoi, the liberal studies teacher, said that if the day should come that the city introduces patriotic studies, he would be ready to push back.

“Even if Hong Kong implements national education, I will still teach what really ought to be discussed,” he said. “For example, what it means to be a civilian and what it really means to be patriotic.” 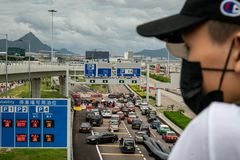 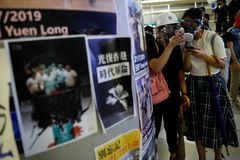 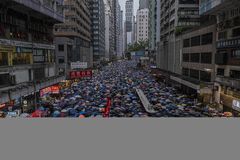