The key date in the Italian pandemic came on Feb. 21, when Adriano Trevisan, an elderly resident of Vo Euganeo, a town near Padua in northeast Italy’s Veneto region, tested positive for COVID-19 only hours before he died that day, officially becoming the first novel coronavirus death in Europe.

At the time, Andrea Crisanti, a University of Padua microbiologist, was in Australia at a malaria conference – sulking.

He had left Italy a few days earlier in a huff because the Veneto government had prevented him from using mass testing to support a theory that asymptomatic transmission of COVID-19 was a clear and present danger. “The Italian government had adopted the WHO guidelines that said the tests should only be offered to those who had symptoms and history of contact with an infected individual from China,” Prof. Crisanti says, referring to the World Health Organization.

But the first Italian pandemic death convinced him that Veneto might do a strategic U-turn – and he was right. He returned immediately to Italy and set to work analyzing the swab tests almost every resident of Vo had taken, turning the town into a living laboratory and building an enormous database on the disease and how it moves through communities.

The findings have shaped the Italian approach to suppressing the pandemic, saving lives and making Prof. Crisanti a star along the way even if his position back then put him at odds with WHO’s guidelines. “I think the WHO needs to be turned upside down,” he says.

The residents of Vo, a wealthy but bland town with a population of 3,200, could not imagine they would emerge on the front lines of a mysterious epidemic that had started a month or two earlier on the other side of the planet, in Wuhan, China. 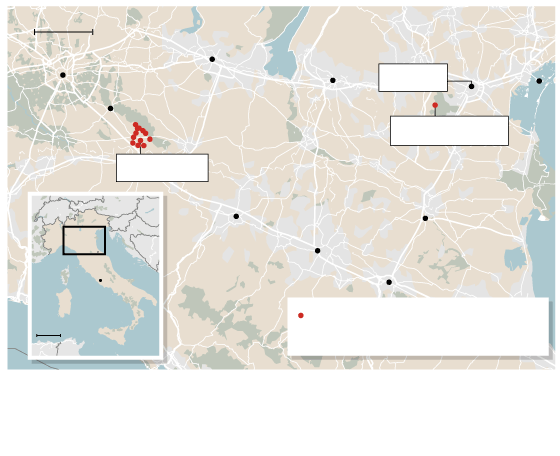 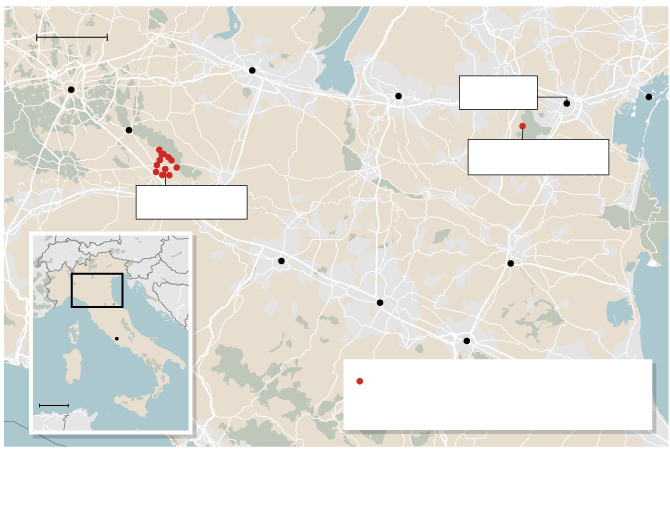 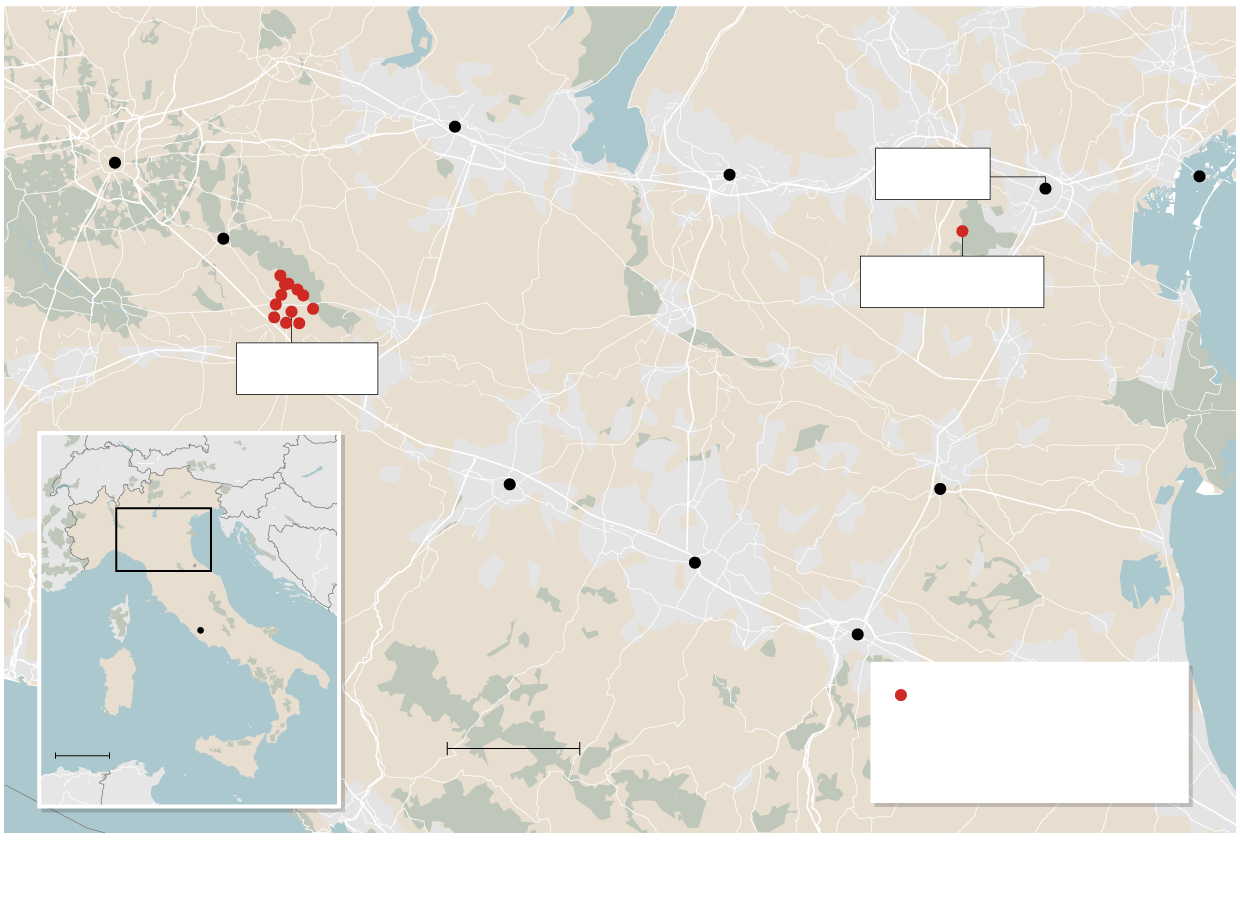 In late January and into February, Giuliano Martini, the pharmacist who is the mayor of Vo, noticed that more clients than usual were complaining about breathing difficulties. “We began to see respiratory problems,” he says. One who was not feeling well was Mr. Trevisan, 77, a quiet and well-liked pensioner who was the father of Vo‘s former mayor and who enjoyed playing cards at a bar in the centre of town.

In mid-February, Mr. Trevisan developed a fever and his breathing difficulties intensified. His lungs horribly inflamed, he was sent to the hospital in nearby Schiavonia, where he died 10 days later. News of his death triggered dread across the country: The deadly virus had finally made the leap from China.

Within three days, Vo was completely sealed off by the Italian military, as were 10 other towns in neighbouring Lombardy, a region whose main city is Milan, to the west. Mr. Martini, his wife Carla and their son, Luca, who are also pharmacists, locked down in their pharmacy and slept on the floor upstairs so they could keep their shop open during the crisis.

In spite of the intense fear that gripped Vo, the town did not turn into a wholesale killing zone, as some feared it would in the days after Mr. Trevisan’s death, in good part because of the tight lockdown and Prof. Crisanti’s fast work. “He’s our saviour,” says Debora Pala, a hotel manager in Padua.

Prof. Crisanti speaks to The Globe and Mail in a 16th-century courtyard at the University of Padua, one of the oldest institutions of higher learning in Europe. Founded in 1222, its most illustrious teacher was the astronomer Galileo, often called the father of modern science, who taught there until 1610.

He wants to do the interview outdoors and leans against one of the white Doric columns that lines the courtyard. He wears a cheap mask, white Polo shirt and blue jeans. He is 65 and soft-spoken. He was born in Rome and is married to Nicoletta, an anesthesiologist at Moorfields Eye Hospital in London. He is on leave from Imperial College in London, where he is professor of molecular parasitology and a leading authority on malaria and how to stop it, through gene-transfer technology to produce male-only progeny mosquitoes. At the University of Padua, he is head of the clinical microbiology department.

Prof. Crisanti first heard of the mysterious epidemic in China in early January and says he immediately believed the virus could be transmitted asymptomatically, as it is with a broad range of infectious diseases such as cholera, typhoid and influenza. In late January, he sprung into action and developed a swab test for COVID-19 in his laboratory. The test was ready by Jan. 25. “It was one of the first in the world,” he says.

That’s when his life got complicated.

On Feb. 3 – three weeks before Vo and the Lombardy towns went into lockdown – he offered to test all of the students returning from the Lunar New Year holidays in China, even those who were showing no symptoms. When he was turned down, he slouched off to Australia for the malaria conference.

By then, a few other scientists and doctors were raising the alarm about asymptomatic transmission, including Camilla Rothe, the infectious diseases doctor at Munich University Hospital who had detected Germany’s first positive case in late January. But most were not and the WHO was still hedging its bets.

In mid-January, the WHO, citing investigations by Chinese health teams, said it had found “no clear evidence of human-to-human transmission.” In early February, it admitted that asymptomatic transmission “is possible” but said more studies were needed to build the case. (As late as June 8, a senior WHO COVID-19 official, Maria Van Kerkhove, said asymptomatic transmission appears “very rare,” a statement she would backtrack on the next day. The WHO is now supporting an independent inquiry into its conduct in the early days of the epidemic.)

Just after Mr. Trevisan’s death, Veneto Governor Luca Zaia decided to ignore the Italian government and WHO recommendations. A testing centre was set up in a local school and 2,812 swabs were taken, equivalent to 86 per cent of the local population.

Two surveys were conducted on the residents

of Vo at the beginning and at the end of the

lockdown. 2,812 people were tested for the first 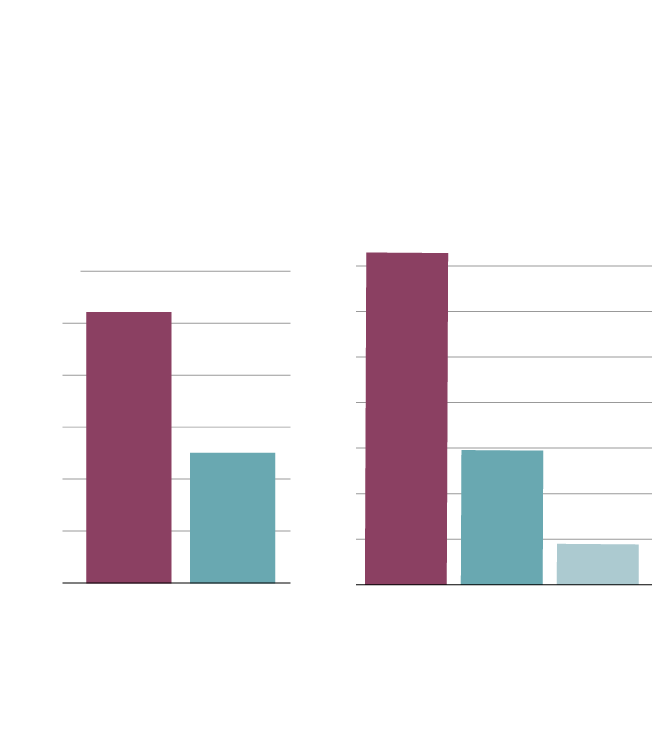 Two surveys were conducted on the residents of Vo at the

beginning and at the end of the lockdown. 2,812 people

were tested for the first survey and 2,343 for the second.

42.5% of all infections were asymptomatic. 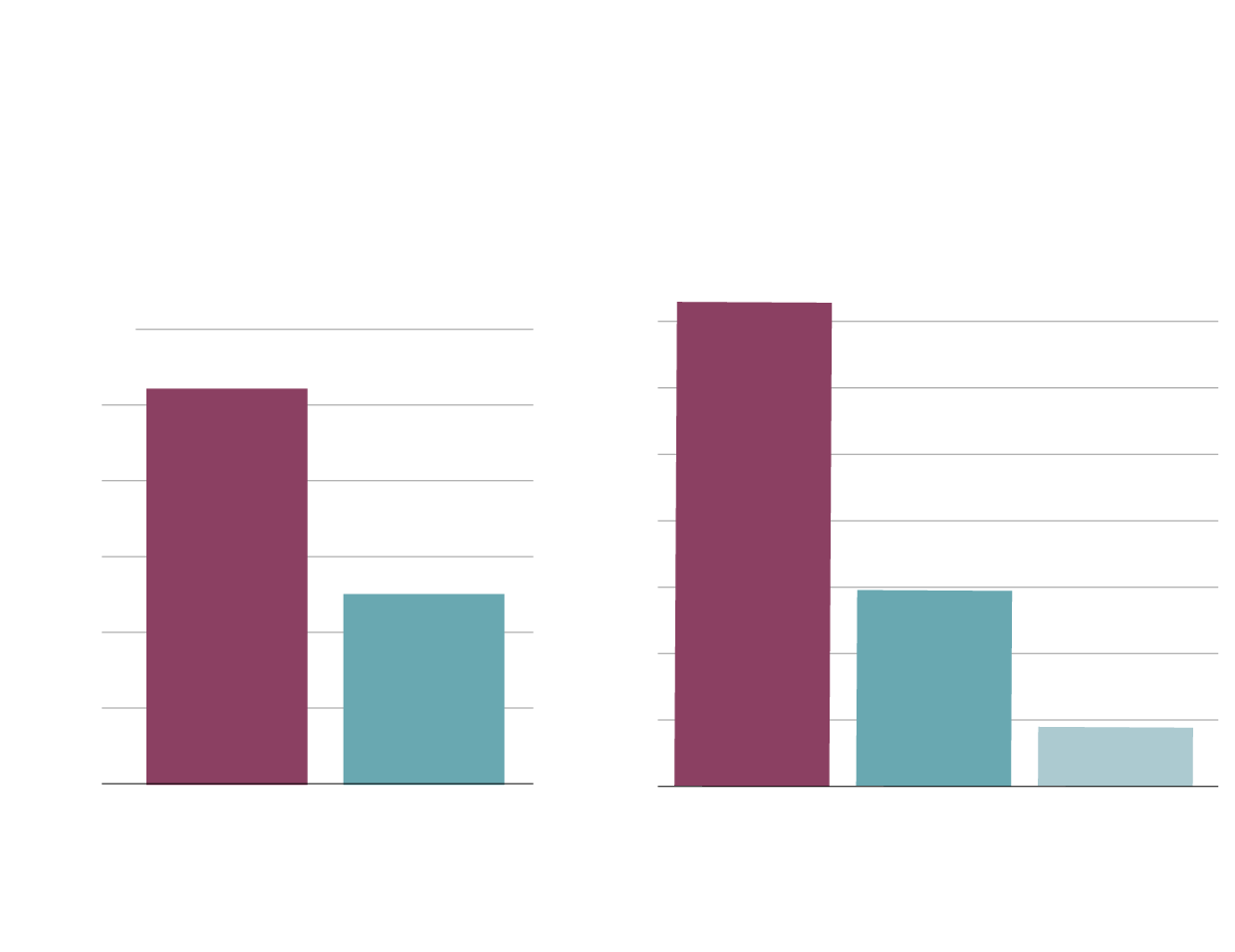 at the end of the lockdown. 2,812 people were tested for the first survey and

At that point, Vo became the showcase European example for the value of widespread testing, even for those who seemed perfectly normal. Less than two weeks later, near the end of the two-week Vo lockdown, Mr. Zaia authorized another mass test. The positives had dropped dramatically, to 1.2 per cent, with only eight new positives found. They were almost certainly infected by asymptomatic relatives. “It came out that isolation of all the positives and their close contacts reduced the transmission of the virus by 98 per cent,” Prof. Crisanti says.

The virus was soon eradicated from Vo and the town recorded only three COVID-19 fatalities. Some towns in Lombardy, where the outbreaks were more intense but the testing, relatively speaking, less expansive, recorded dozens or hundreds of fatalities. By the end of the week, Lombardy had reported 16,800 COVID-19 deaths – eight times Veneto’s tally. Italy, over all, has about 35,000 deaths, largely concentrated in the north, putting its toll second in Europe, after Britain.

An article in the scientific Journal Nature concluded that the Vo studies serve as a “model” to suppress transmission. “Enhanced community surveillance, the early detection of SARS-CoV-2 transmission and the timely implementation of interventions are key to control COVID-19 and reduce its substantial public-health, economic and societal burden worldwide,” it concluded.

Prof. Crisanti isn’t resting on his laurels. A third mass Vo test is under way, this one analyzing the DNA of the residents to try to determine why some of them are more resistant to the virus than others. The data on antibodies, or lack thereof, might be useful in developing an effective vaccine, he says, which he does not believe will come any time soon.

In spite of his successes since the start of the pandemic, Prof. Crisanti harbours a lot of anger.

He says he is angry that his offer in early February – three weeks before the first lockdowns in Veneto and Lombardy – to test the students returning from China and their circles of contacts was turned down.

He is also angry at the WHO for waiting for so long to admit that asymptomatic transmission was prevalent. “Their guidelines were completely wrong, an incredible example of incoherence,” he says. “Their bureaucrats were far away from the problem and far away from the science. I think what Donald Trump did [moving to pull United States out of WHO] is one of the few things he’s done that I can agree with.”

While Prof. Crisanti may be angry, the residents of the Veneto are anything but. Life is mostly back to normal in Veneto – its hospitals reported only two intensive care unit patients late this week – but with physical-distancing precautions, since new positives have not entirely disappeared.

“Without his research, without his perseverance, things would have gone differently here,” says Luca Martini, 30, the pharmacist son of the Vo pharmacy owner. “We’re all very grateful that we had him around.”