Seen as a pure real estate transaction, the kind Donald Trump has made throughout his career, the U.S. President’s snap decision to recognize Israel’s annexation of the Golan Heights must have seemed like a classic “win-win” deal.

By moving toward recognizing Israel’s claim to the strategic piece of land that it captured from Syria in a 1967 war, and annexed in 1982, Mr. Trump was ensuring that every mention of his name will draw wild applause at next week’s meeting of the powerful American Israel Public Affairs Committee, where Vice-President Mike Pence is the keynote speaker. The U.S. is now in full election mode, and showing love for Israel has for decades been the easiest way to lock up the right-wing evangelical Christian vote. 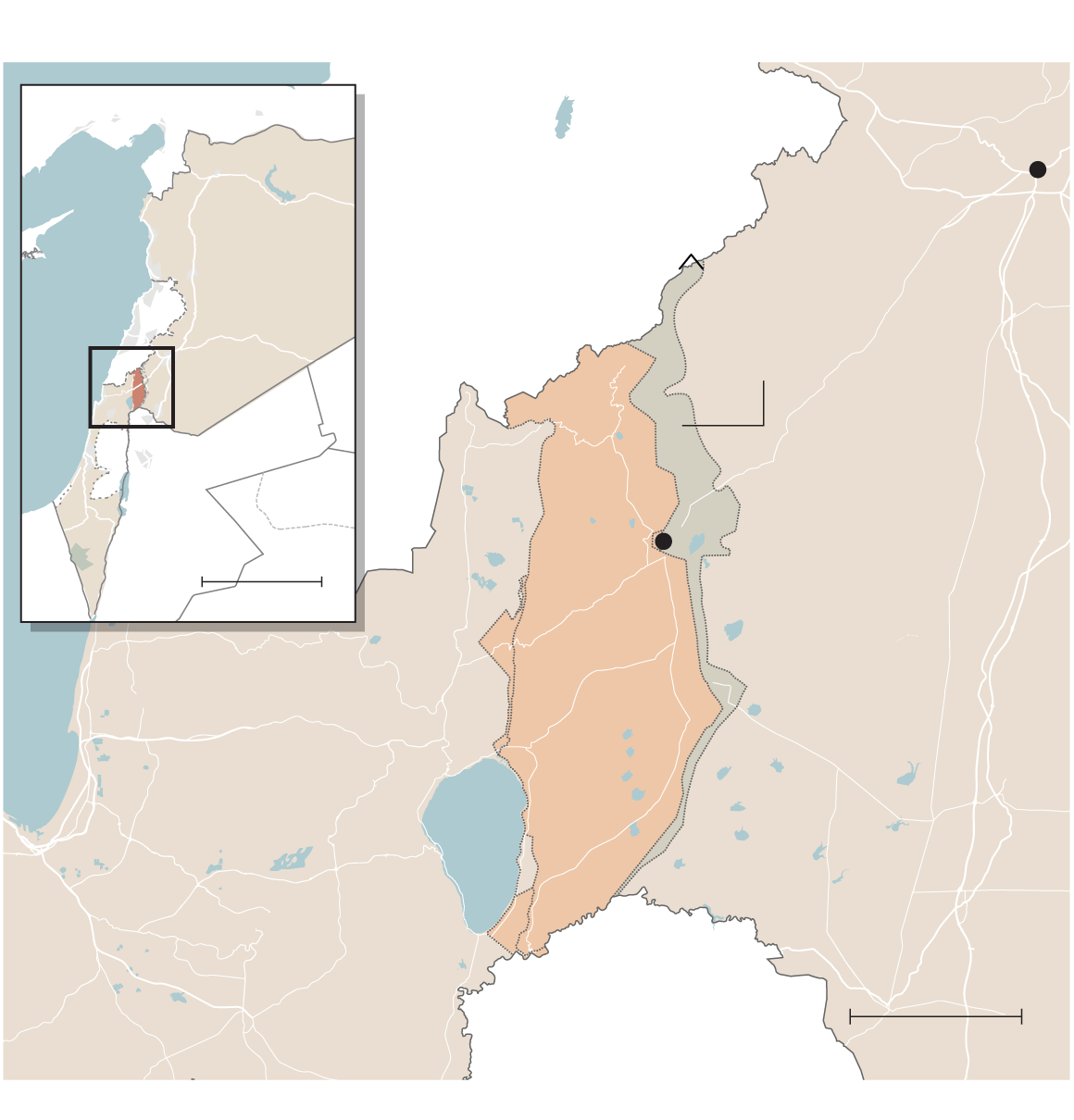 Mr. Trump also gave his ally Benjamin Netanyahu a key boost ahead of an April 9 election in his country. Polls had shown that the long-serving Israeli Prime Minister – who is facing formal indictments on charges of fraud, bribery and breach of trust – was in danger of losing his job. That was before Mr. Trump took to Twitter on Thursday to declare that “after 52 years it is time for the United States to fully recognize Israel’s Sovereignty over the Golan Heights.”

Now, Mr. Netanyahu can tell his electorate that his relationship with Mr. Trump – no one knows how to stroke the U.S. President’s ego quite like “Bibi” – has delivered two massive diplomatic victories in the past 12 months: U.S. recognition of Jerusalem as Israel’s capital city, and now the Golan Heights. Can his opponents offer the same?

Perhaps, in Mr. Trump’s calculations, the story stops there. Sure, the Syrians (including the many Golan residents who still consider themselves Syrian) will be mad, and the Palestinians – who must wonder what this portends for the West Bank, which has also been occupied since 1967 – will be worried, but Mr. Trump and Mr. Netanyahu have elections to win.

Except, this isn’t just about real estate. This is about international law, a concept Mr. Trump’s administration seems uninterested in, but one that, until recently, provided a guardrail to international relations. Now, the guardrail has been removed by the same power, the United States, that installed it after the Second World War.

“The jungle is back,” former Swedish prime minister Carl Bildt declared on his own Twitter account, shortly after Mr. Trump’s statement on Golan. “This is a catastrophic departure from the very basis of international law. Kremlin will applaud and apply the same principle to Crimea. Beijing will applaud and apply to South China Sea. And ... ”

Mr. Bildt’s expression of exasperation ended with a very deliberate set of ellipses. His point was clear: Anyone with the military strength to change borders can now do so, while pointing to Mr. Trump’s Golan declaration as proof that might once again makes right.

Golan Heights: A brief history of the disputed territory claimed by Israel and Syria

The strongmen of the world issued formal condemnations of Mr. Trump’s tweet on Friday, but their protests were half-hearted at best. Borders, in the Middle East and beyond, are back in play, and there are lines to be moved, consequences be damned.

Russia’s foreign ministry complained that formal U.S. recognition of Israel’s annexation of the Golan Heights would represent a violation of United Nations Security Council resolutions. But Vladimir Putin’s regime stopped worrying about UN resolutions some time ago. As soon as Mr. Trump’s tweet was posted, pro-Moscow Twitter accounts began promoting the idea that it cleared the way for eventual international recognition of Russia’s annexation of the Crimea Peninsula, which it seized from Ukraine five years ago this month.

Beijing, which asserts sovereignty over nearly the entire South China Sea, and which is rapidly building a navy capable of enforcing that claim, will now feel justified in ignoring a 2016 decision by the Permanent Court of Arbitration in the Hague, which found China’s claim to the resource-rich waters had no legal basis.

It is, of course, in the Middle East where Mr. Trump’s decision will have the most immediate repercussions.

Syria’s foreign ministry said in a statement that “the Golan was and will remain part of Arab Syria and that the Syrian people are more resolute and determined to liberate this precious patch of Syrian national territory by all available means.” Those are likely empty words – Syria has done little to “liberate” the Golan over the past five decades – but Mr. Trump’s move will make it easier for President Bashar al-Assad to consolidate his rule over the war-torn country by painting the remaining rebels who look to the West for help as traitors willing to sacrifice Syrian land to the “Zionist enemy.”

U.S. recognition of Israel’s claim to the Golan – watch for Mr. Trump’s statement to become formal policy during Mr. Netanyahu’s visit to Washington next week – also serves as a propaganda gift to hard-liners in Iran, with Mr. Trump’s actions easily painted as more proof of America’s malicious intentions toward the Muslim world. “All shocked by @realDonaldTrump continuing to try to give what is not his to racist Israel: first al-Quds [Jerusalem] & now Golan,” Iranian foreign minister Mohammad Javad Zarif tweeted from Istanbul, where he was attending a meeting of the Organization of Islamic Cooperation. Mr. Zarif, a lonely moderate in Iran’s power hierarchy, has lost the battle to persuade his country that the U.S.-led West can be a partner instead of an enemy.

Hezbollah, the Iranian-backed militia that controls Lebanon’s border with Israel, may have the next word. Hezbollah, which considers part of the Golan Heights to be Lebanese territory, has in the past launched rockets deep into Israel, drawing ferocious Israeli responses.

U.S. Secretary of State Mike Pompeo landed in Beirut on Friday, hoping to persuade the Lebanese government to sever its links with Hezbollah, the political wing of which has ministers in Prime Minister Saad Hariri’s cabinet. That mission, always a long-shot given Hezbollah’s position as the dominant military power in Lebanon, was effectively made impossible by Mr. Trump’s Golan statement.

Turkish President Recep Tayyip Erdogan, another strongman, also condemned Mr. Trump’s Twitter declaration on Friday. “US President Trump’s unfortunate statement about the Golan Heights brings the region to the edge of a new crisis,” he told the OIC gathering.

But like the other strongmen, Mr. Erdogan may see opportunity as well as risk as the law of the jungle returns to international affairs. The Turkish army is already deployed in northern Syria, occupying lands that were once part of the Ottoman Empire. Who will say, now, that the Turkish troops can’t just stay where they are?