Smriti* was 14 when she first hailed a customer to sleep with for money. She stood on the highway that connects Neemuch, Ratlam and Mandsaur – three large cities in India’s heartland state of Madhya Pradesh – and flagged down a truck like the “aunties” had instructed.

“I didn’t like my first time. He was not a nice man,” says Smriti, now 16. After that, she didn’t return to the roadway for two months as she recuperated at home. “I was traumatized, and I fell ill. When I realized I couldn’t put it off any longer, I went back.”

Smriti is one of numerous minor girls of the Bachhada community who practise sex work out of the compulsions of money and family lineage. Girls such as her are in high demand among the many million freight and cargo vehicle drivers in India who stay on the road for weeks on end. According to a 2017 petition calling for an end to prostitution in the community, about 1,500 female Bachhada children enter the profession annually.

Sex work means the girls can bring much needed money home to their families; what they earn is often the only source of income. In normal times, it is a sad, bleak reality. Now, COVID-19 lockdowns and safety concerns have turned already desperate circumstances into dire situations.

The Bachhadas (which translates to “people without roots”) are classified as Scheduled Caste in the central India states of Madhya Pradesh and Rajasthan. They are also broadly known as Dalits, who place bottom in the archaic four-tiered Hindu caste system.

Members of the community live in little deras, or villages, which have nothing to distinguish them from other villages except that the term dera is often used derogatorily to refer to places where Bachhada women practise sex work.

Dalit men face extreme prejudice when searching for educational and employment opportunities; many get only menial jobs, such as sweepers or cleaners. It’s considered “easier” to coerce the women to work. Families struggle to pay “bride money” – given to a woman’s family to marry off the sons – and become dependent on income from the highway. As a result, prostitution is viewed as “heredity” in the community, a profession to be passed down from mother to daughter. It has become a pratha – or tradition.

Many of the adult women claim they do it of their own accord, to give their families a good life. The reality is that they have never had much choice.

They are forced into a corner from both sides: Once they enter the practice, they are deemed unfit for marriage among the Bachhadas – and looked down upon by their customers, who father their children but would never liaise with them in daylight. The sordid caste-based patriarchy pins down children before they have any chance to escape or exercise their own agency.

“Nobody asks for women like me anymore,” says a 45-year-old sex worker in one of the villages. “Most customers say they want someone young. With each passing year, the preference is for girls younger and younger than before.”

At 16, Smriti is the sole earner of her three-member household, a diligent student and a diffident speaker. Things are hard right now, she says on a phone call from her home in Neemuch district. It is June, 2020, four months into a series of haphazard nationwide, then state-enforced lockdowns. “I call up customers, but they do not come. They’re scared of contracting the virus.” She is stuck at home, see-sawing between the needs of an ailing middle-aged mother and a 10-year-old brother (“I am all they have”). A sense of pride creeps into her voice as she speaks of the copybooks she has been filling with sums while school remains shut. She loves studying and hopes to one day earn enough money to pay for college.

By late July, Smriti has found a few takers. “I returned from a three-to-four day trip to Chittor [in Rajasthan] last week,” she says. “An old customer wanted to hire me, and he picked me up in his car on the highway.” He didn’t pay her well, giving her 2,000 rupees ($36) for the whole trip. Pre-COVID, she could earn that much in a single night. Regardless, she is glad to have made some money to pay the medical bills of her brother, who fell off a ladder and broke his leg.

Did her customer take precautions? “He wore both a condom and a mask,” she answers. “I know there’s a virus, but how can I help it? If I don’t go to work, my mother and brother will die of starvation.”

In mid-August, Smriti says she has been visiting the local government hospital (where treatment is provided at nominal rates) for excessive bleeding. “I have been on my period for the last three weeks. My stomach hurt in the beginning. The doctor gave me some medicines and said I should rest till I get better. But I can’t stop working. This lockdown has made it even harder for us to get food.” Weeks later, the bleeding has lessened, but she is still on medication.

Sheetal, another Bachhada girl, is also 16. But unlike Smriti, she dropped out of school after fifth grade. “I don’t have a father. I live with my mother and three siblings. I am the oldest. I had to enter the practice,” she says from her home in Mandsaur district. She has been receiving meagre sums of 150 or 200 rupees ($3.50) from customers since the pandemic started to rage in India mid-March. “On most days, we eat only one meal a day, usually at night. Sometimes, we’ll eat the leftovers for breakfast.”

An older female cousin explained to her how the practice worked, and now she has been a sex worker for four years. “It didn’t seem unnatural to me because I had grown up seeing women around me do it all my life. I knew it was only a matter of time before I joined.” For a long time, though, Sheetal says, she had to wrestle with the revulsion of feeling a stranger touch her. “I would feel sick.”

The problem of child sex workers in the Bachhada community is not easy to solve. Sex with a minor is a cognizable offence (meaning a police officer has the authority to make an arrest without a warrant) under the Indian Penal Code as well as the country’s Immoral Trafficking Prevention Act and the Protection of Children Against Sexual Offences Act.

But the strictest laws are rarely enforced in Madhya Pradesh cases. More frequently, “rescue operations” or raids are conducted by the local police in Bachhada villages. Women and girls are rounded up – the former on the charge of pimping out the minors – and put in jail until a court date or bail is paid. Those below the age of 18 are kept in shelter homes before being released to their families – assuming the latter can make convincing promises of keeping their daughter out of the practice.

“... Various unscrupulous agents charter deals between officials and desperate parents to get the girls out. Large sums are usually involved. This can lead to one of two things: Either the girls, who were never sex workers to begin with, psychologically break and enter the practice, unable to bear the rumours, or they continue in the practice, evading police eye, to pay off the loans their parents took.”

These combined pressures of hapless inevitability and misplaced responsibility are often apparent when the girls tell their stories. Sheetal, for instance, speaks of having quit at the age of 13, only to restart to pay her mother’s medical bills.

She is resigned to never meeting a “good” customer. “Sometimes, a customer on the phone says it’s just him, but when I show up, there are many. I can’t do anything about it.”

There are other risks, of course.

“Most customers we meet abuse us,” says 15-year-old Kriti, who works to bring in money for her six-member-strong household. And a recent report estimated that only 10 per cent of the truckers use condoms, leading to high HIV-infection rates among drivers and increased risk of it spreading to the rural communities they frequent.

Still, the money Kriti makes is needed desperately. She lives with her parents, her older sister and her sibling’s two children (the father was a customer who never returned) in a house with a broken roof. The rooms have large leaks, and the floor is damp from rain. The family uses one tiny corner to cook and store their belongings.

“I have never been to school. I wanted to, but I started working when I was 13,” Kriti says.

It was her sister who first told her about the practice. Most Bachhada mothers say they would never send their daughters into it, yet more often than not they are forced to break the promise, either because it’s convenient at difficult times (when the mother stops being able to make much income) or because the minors themselves drop out of school, convinced they must pay their brother’s massive bride price or cover liquor costs for the family’s men by making quick money at the highway. After all, it’s what they see so many other girls their age doing all around them.

In Mr. Chauhan’s opinion, the key to helping the girls is education. “They need to know they can do more with their lives,” he says. “Alternate employment also needs to be made available to them.”

Until that happens, Kriti will continue to work into adulthood – or as long as the demand for her services last.

When asked what she does in her free time with friends, she replies: “We just walk to the side of the main road and set up the charpoy. We’re always waiting for a customer.”

*Names of all underage girls have been changed to protect privacy.

Recent gains in fight against child labour at risk due to COVID-19 pandemic: UNICEF
October 20, 2020 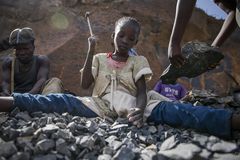 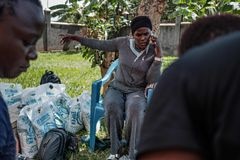