The sheen of opportunity and adventure that made Hong Kong into one of the world’s great gateways – the City of Life, as it calls itself – has dulled for some as the cost of living rises and the grip of China tightens.

According to a recent survey, nearly a third of the Hong Kong population is thinking about leaving the city of 7.4 million. Canada, as it has in the past, is playing an outsize role in their search for an alternative; Hong Kong has boasted an estimated 300,000 Canadian passport holders, enough to rank the Asian financial centre as the equivalent of one of Canada’s 20 most populous cities.

Many Hong Kong residents fled the island for Canada before it came under Chinese rule in 1997 – fearing Beijing’s power. They later returned for jobs. Now, the current of human movement has once again shifted, moving back toward Canada. It is for some a third cross-Pacific move. They call themselves the “re-returnees.”

“People are thinking twice about staying in Hong Kong,” said Eugene Ho, an entrepreneur who is president of the local University of British Columbia alumni chapter. It is holding a session on Tuesday to guide people through the process of moving back to Canada, from sorting through taxes to securing a mortgage and finding the right school for their kids.

A third of Hong Kong’s population wants to leave, says a survey released by the Chinese University of Hong Kong earlier this month. Their top reasons were “too much political dispute” and social rifts, overcrowding and dissatisfaction with local political institutions. Fifty-one per cent of those between the ages of 18 and 30 want out. They cited Canada as their most desired destination. Canadian immigration data show that the number of people from Hong Kong applying for permanent residency in Canada increased by 50 per cent in 2016, to 1,360, and has remained at that elevated level.

What those figures do not count, however, are the people who already hold Canadian passports, and who are slipping back across the Pacific.

They are people such as Harjeet Grewal, 39, a Cantonese speaker who was born in Hong Kong but is disturbed by its changing political environment and influence from Beijing. “You have to be careful what you are saying and I don’t want to live in that kind of climate for the long term," Ms. Grewal says.

John Luciw has his own reasons. Mr. Luciw, 51, a long-time Hong Kong resident who plays in a Tragically Hip cover band, runs a news site for expats and is now so done with the city’s brutal cost pressures that, “I don’t even know if I’m going to come back for a visit."

And 45-year-old Andrew Loo, a banker, decamped for Vancouver to escape a high-pressure education system in a city where he was once told his six-year-old daughter was “average at best” when she interviewed for a primary-school spot.

Mr. Loo embodies the shifting currents that have carried people to and from Hong Kong. Born in the city to a father in the shipping industry, his family moved to Vancouver when he was 10. They were, like many families, worried about what would happen to Hong Kong when it was returned to Chinese rule in 1997, an anxiety that prompted an extraordinary tide of emigration, particularly to Canada, which offered relative proximity and a welcoming environment. In 1994 alone, 48,000 people arrived from Hong Kong.

But when the worst fears about Beijing rule failed to materialize, the tide very quickly reversed course. Mr. Loo was among the droves who returned – a flock of 65,000 between 1996 and 2011, according to a South China Morning Post analysis.

In the summer of 2001, he and the woman who became his wife travelled to Hong Kong for the Dragon Boat Carnival. Canadian-educated and a Cantonese speaker, he found himself in demand. “I had two job offers in a very short span of time,” he said. Hong Kong, the land of opportunity, had hooked another young Canadian.

It’s “a very easy place to get used to,” he said. Taxes are low, jobs are relatively plenty, salaries can be high and domestic help inexpensive.

He married and had three children, building a comfortable career as a banker, with three nannies and a driver. But he began to think about Canada as his three children began to move through a fiercely competitive school system that, famously, interviews toddlers. “It’s just ridiculous,” Mr. Loo said, not to mention stressful – both for students and their parents living in the city.

He adds, “there’s no such thing as work-life balance." He wasn’t the only one raising questions. “Our friends are around the same age and their kids are the same. And they’re all thinking the same thing” – go to Canada. In 2017, Mr. Loo and his family moved back. His daughter was 10, the same age as Mr. Loo when he first moved to Canada.

There is “a bit of symmetry there,” he says.

Others are coming behind them. Take Mr. Luciw, who arrived in Hong Kong in 1999 and dove into the thrills of being young and “wild and crazy” in the city. He became the general manager of AsiaXPAT.com, a news and discussion site for expatriates. But he himself is now keen to exit expat life. “As I’ve gotten older, this place has lost its lustre for me,” he says. He has two children, and “when you have kids here, it sucks. It’s expensive. There’s a lack of things to do. You may think it’s a paradise, but it’s not.”

He’s already sold his apartment, booked his tickets to Canada – after one last show with Phantom Power, his Hip cover band – and picked the minivan he intends to buy. He wants his kids to live in a house with a backyard, not a cramped apartment an elevator ride from the outdoors. “I was watching them not have a childhood I think they deserved, that I can give them by being a Canadian citizen,” he said.

Ms. Grewal, meanwhile, cites the changes in a city that is increasingly being brought under the thumb of political masters in Beijing. Chinese security services have seized people from the city, while new bridge and rail links have more deeply enmeshed Hong Kong with mainland China. Activists for democracy and independence have been banned from political participation, and a proposed new rule outlaws insults to the Chinese national anthem.

When Keelan Chapman moved back to Hong Kong three years ago, he didn’t expect to find himself with a front-row seat to a Canadian exodus.

Mr. Chapman runs the Canadian Real Estate Investment Centre Hong Kong, a company he created three years ago to help people in Asia buy property in Canada. He figured his clients – who meet him in Hong Kong’s skyscraper forests of buzzy coffee shops and swish boardrooms – would be investors moving cash into Vancouver’s exuberant housing market.

What he has found instead is people looking to buy homes for themselves.

“My main clients in Hong Kong tend to be Canadians looking to return to Canada,” he says.

Hong Kong’s participation in China’s economic rise has helped make the city wealthy. But it has also made Mandarin an increasingly important language for those in business and banking, tilting advantage toward job seekers from mainland China. Indeed, that may be exactly how Beijing wants it, suggests David Zweig, a Canadian who is a scholar at the Hong Kong University of Science and Technology, where he has researched the movements of Chinese students.

China “may be very glad to have a new cohort of young college graduates come down here, graduate and then work here – and replace the Hong Kongers,” he said.

At the same time, at least some of those loading children and possessions on planes bound for Canada are being replaced by younger people winging their way into Hong Kong. Some of what drew Mr. Loo to Hong Kong two decades ago remains true today. Jobs are available, taxes are low and salaries can be high.

Kale Law, 26, was born in Hong Kong but moved to Canada with his mother in 1997. They came back to Hong Kong, where he attended high school, before he returned to Canada for university. Now, he’s back in Hong Kong again, working at a small content company with an office in a warehouse converted into a co-working space.

“Hong Kong seems to be the crown jewel for a lot of young professionals wanting to hustle,” he says. Even Ms. Grewal may come back. She has yet to find a job in Canada, while she has a half-dozen offers in Hong Kong. She also finds herself chafing at Vancouver’s slower pace. “It just doesn’t fulfill me the same way Hong Kong does,” she says.

Still, Mr. Law isn’t sure how long he can last. He figures he will stay until he is 30, at which point he, too, may join the march out of the city – alongside his mother and father.

“A lot of the older generation, which is my parents’ generation, they can’t wait to get out of Hong Kong,” he said. 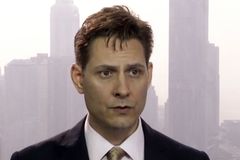 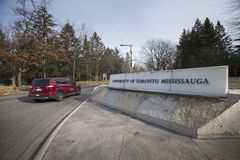