British Prime Minister Theresa May is seeking to delay Britain’s departure from the European Union until June 30 as she tries to find a way out of the Brexit deadlock.

“This impasse cannot be allowed to continue,” Ms. May said in a letter sent on Friday to Donald Tusk, the head of the European Council which represents EU leaders. “It is frustrating that we have not yet brought this process to a successful and orderly conclusion.”

The United Kingdom is supposed to leave the bloc on April 12, which is already an extension from the original departure date of March 29.

Doug Saunders: Brexit is a triumph of diplomacy and planning – just not for Britain

The EU must agree to any extension and EU leaders will meet in Brussels on Wednesday to consider Ms. May’s request. But her letter to Mr. Tusk has not gone down well and many EU leaders have become frustrated at the U.K.’s inability to approve a withdrawal agreement. The other 27 leaders unanimously rejected a similar request by Ms. May at a summit on March 21 when she also asked for a delay until the end of June. At that time, the leaders would only agree to the April 12 extension and they said any further delay would mean the U.K. would have to participate in elections to the European Parliament, which start May 23.

“If we are not able to understand the reason why the U.K. is asking for an extension, we cannot give a positive answer,” France’s Finance Minister Bruno Le Maire told reporters on Friday. Added Dutch Prime Minister Mark Rutte: "Theresa May’s letter raises many questions, which need to be discussed. We hope for more clarity from London before next Wednesday.”

Mr. Tusk is expected to propose a 12-month extension with an option for Britain to leave sooner if parliament approves the withdrawal agreement, according to media reports out of Brussels. However, that proposal will need unanimous support from all the leaders.

While many EU leaders have expressed exasperation with Ms. May and the British parliament, they are likely to agree to a delay and not allow the U.K to crash out on April 12. Several EU countries have a lot to lose if Britain leaves without a deal. For example, Britain accounts for 6.6 per cent of all French exports, more than China and almost as much as the United States. A disorderly Brexit could see those exports fall by as much as 20 per cent, according to a report from Julien Manceaux, senior economist at ING. That would hit the economy as hard as the yellow vest movement, which has cut economic growth by about 0.2 per cent this year, he added. “The risk cannot, therefore, be ignored,” he said.

Ms. May has made it clear she doesn’t want the country to participate in the European elections, mainly because it would send the wrong signal to the country three years after a majority of British voters chose to leave the EU. However, in her letter to Mr. Tusk, Ms. May acknowledged that Britain will have to prepare for the vote although she said that she hoped parliament would be able to approve the withdrawal agreement in time for the U.K. to cancel its participation.

The Prime Minister is also facing sharp criticism at home for seeking another delay and for reaching out to opposition leader Jeremy Corbyn to find a way to break the Brexit logjam. She approached Mr. Corbyn this week after her Brexit deal with the EU had been rejected by Members of Parliament for a third time. But many of her fellow Conservative party MPs are furious at the involvement of Mr. Corbyn, who leads the Labour Party and wants a much softer Brexit, which would keep the country closely tied to the EU. “No more delays. The government should just get on with leaving the EU on 12 April,” Tory MP John Redwood said on Twitter. “The talks with Mr Corbyn cannot result in an outcome that honours Brexit and pleases Leave voters."

The leader of Northern Ireland’s Democratic Unionist Party, whose 10 MPs prop up Ms. May’s minority government, also criticized the extension request. “The Prime Minister’s latest plea to Brussels for an extension to [the deadline] is unsurprising but unsatisfactory. It should not have been like this,” DUP Leader Arlene Foster said in a statement. “The United Kingdom fighting European elections almost three years after a clear majority voted to leave the EU sums up the disorganized and slapdash approach taken to negotiations by the Prime Minister.”

Ms. May and Mr. Corbyn met for the third day on Friday and more meetings are expected over the weekend. Mr. Corbyn expressed frustration that the Prime Minister had not offered any real compromises while Ms. May’s office said they were prepared to pursue changes. 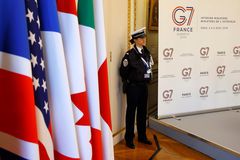 Opinion
Brexit is a triumph of diplomacy and planning – just not for Britain
Subscriber content
April 5, 2019 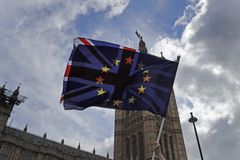