Prime Minister Theresa May will meet top EU official Jean-Claude Juncker in Brussels on Wednesday, pressing on with efforts to find a way to get their Brexit deal through Britain’s parliament.

A raft of meetings between EU and British officials in recent days has yet to produce a breakthrough after May’s parliament resoundingly defeated the divorce deal she had agreed with the bloc in November.

While May’s spokesman said the meeting was a “significant” part of a process of engagement with the EU, sources said it was far from certain that this week’s meetings would come up with a concrete way to break the impasse in the London parliament.

The main sticking point is the so-called backstop, an insurance policy to prevent the return of extensive checks on the sensitive border between EU member Ireland and the British province of Northern Ireland.

“The EU 27 will not reopen the withdrawal agreement, we cannot accept a time limit to the backstop or a unilateral exit clause,” said Margaritis Schinas, spokesman for the EU’s executive European Commission.

“Further talks will be held this week to see whether a way through can be found that would gain the broadest possible support in the U.K. parliament and respect the guidelines agreed by the European Council,” he told a regular news briefing.

“We are listening and working with the U.K. government … for an orderly withdrawal of the U.K. from the EU on March 29.”

May’s spokesman again said it was the prime minister’s intention to persuade the EU to reopen the divorce deal.

“There is a process of engagement going on. Tomorrow is obviously a significant meeting between the prime minister and President Juncker as part of that process,” the spokesman told reporters.

Britain’s Brexit Secretary Stephen Barclay and Attorney General Geoffrey Cox met the bloc’s chief negotiator Michel Barnier in Brussels on Monday evening and were due back in the EU’s political hub again mid-week.

The EU says the backstop is essential for peace on the island of Ireland. Should no better way be found, it would keep the U.K. in a basic customs union with the bloc to prevent Irish border checks on goods.

But Cox’s legal advice that Britain could find itself trapped in the backstop indefinitely fuelled fears among some eurosceptics as that would undercut a key Brexit promise of pursuing an independent global trade policy.

In her phone call last week with German Chancellor Angela Merkel, May stressed the central role of Cox in unlocking parliamentary ratification of the Brexit deal, EU sources said.

Barclay and Cox want to discuss “legal text” with Barnier later this week that would give Britain enough assurances over the backstop, according to British sources.

May has until Feb. 27 to secure EU concessions on the backstop or face another series of Brexit votes in the House of Commons where lawmakers want changes to the withdrawal deal.

The bloc refuses to reopen the already-negotiated legal withdrawal treaty for Britain. EU and U.K. sources said London could accept other guarantees on the backstop.

The EU has offered to change the accompanying political declaration on new EU-UK ties after Brexit or to produce separate legal assurances or clarifications over the backstop.

But it does not want another effort to sink in Britain’s lower house of parliament and so, 38 days to go, it is still not clear what shape Brexit would take, or whether it would be delayed.

Juncker on Monday gave the EU’s clearest signal yet that London could seek a long delay of its exit date of March 29.

But that would require Britain to organize European Parliament elections on its soil in May, a prospect ruled out on Tuesday by a junior Brexit minister.

The protracted Brexit uncertainty raises the risk of the most-damaging, abrupt split, triggering contingency plans increasingly from governments on both sides, as well as businesses. 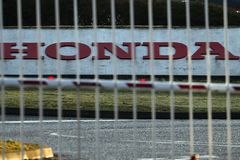 Honda to close its U.K. car plant in 2022; local MP says the decision is ‘not Brexit-related’
Subscriber content
February 18, 2019 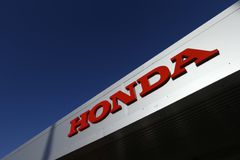 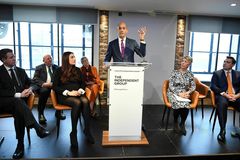