British Prime Minister Theresa May has won some last-minute revisions to her Brexit deal with the European Union, but it’s not clear if they’ll be enough to save the plan.

Members of Parliament are due to vote on the revised deal on Tuesday and it faces widespread opposition. The agreement was already overwhelmingly rejected by MPs in January and another no vote would throw the country into turmoil with less than three weeks to go before the United Kingdom is set to leave the EU. Many business leaders fear there will be chaos at the borders if there is no agreement and several experts have warned the economy could take a significant hit.

If the deal is defeated on Tuesday, MPs will vote on whether to leave the EU without an agreement or seek an extension to the March 29 deadline.

Ms. May has been scrambling for weeks to salvage the withdrawal agreement, but talks with the EU had gone nowhere and they broke down last weekend. On Monday, the Prime Minister made a final pitch and flew to Strasbourg, France, to meet EU officials directly and push for changes that would win over the deal’s many critics, most of whom are within her Conservative Party caucus.

The Prime Minister emerged Monday night with European Commission President Jean-Claude Juncker, who runs the EU’s administrative arm, and declared that she’d got the changes Tory rebels had demanded, particularly to the backstop provision, which guarantees no hard Irish border. Members of Parliament “were clear that legal changes were needed to the backstop,” Ms. May told reporters. “Today we have secured legal changes. Now is the time to come together to back this improved Brexit deal and to deliver on the instruction of the British people.”

But it’s not clear that Ms. May won enough concessions to appease the Tory rebels. She needs to convince 116 MPs, mostly Tories, to change their vote from January and back the new deal in order to get it through Parliament. But some Tory MPs said Monday that the revised agreement didn’t go far enough.

The government “has put a very good gloss on what falls short of what was expected,” said Tory MP Steve Baker, who leads a block of Conservative MPs who opposed the agreement in January.

The biggest problem for Ms. May is that nothing in the actual text of the withdrawal agreement has been changed, something she promised MPs after they voted down the agreement in January. The revisions are all contained in attachments to the deal that Ms. May described as legally binding, but that do not change the wording of the text. She has won some mild support from Tory MP Jacob Rees-Mogg, a leading critic of the backstop. On Monday, he told reporters that while he still needed to review the agreement, “it’s clearly a step in the right direction.”

The Democratic Unionist Party, a Northern Ireland-based party that props up Ms. May’s minority government, said it would carefully consider the changes before deciding whether to support the deal on Tuesday. Meanwhile, the Opposition Labour Party said Ms. May had added nothing new to the agreement. ”This evening’s agreement with the European Commission does not contain anything approaching the changes Theresa May promised Parliament,” Labour Leader Jeremy Corbyn said.

The backstop has been contentious because it would tie Northern Ireland to EU regulations in order to prevent a hard border with Ireland. Under the provision, Northern Ireland would remain largely bound to the EU while the rest of the U.K. fell into a customs arrangement with the EU to allow for the free movement of goods. The backstop would remain in place until the U.K. and EU signed a comprehensive trade deal.

Many Tory MPs believe those trade talks could take years and that the backstop would trap the U.K. within the EU indefinitely, defeating the spirit of Brexit. They have insisted that the backstop either have a time limit or an amendment that allowed the U.K. to unilaterally pull out of it. The EU has argued the backstop can’t be changed because it is an essential insurance policy that upholds the 1998 Good Friday Agreement, which ended decades of sectarian violence on the island and eliminated border controls.

Ms. May’s revised deal does put something of a time limit on the backstop by spelling out that both sides will seek to eliminate the need for the backstop by adopting high-technology controls along the Irish border by the end of 2020, similar to the technology that’s used on parts of the Canada-U.S. border. But there’s no guarantee those arrangements can be put in place that quickly or that they would work on such a complicated boundary that zigs and zag across farm fields and through houses.

The new deal also includes provisions that allow the U.K. to unilaterally pull out of the backstop if talks over a comprehensive trade deal break down. However, those negotiations could take years and it’s unclear how the U.K. would invoke that provision. The changed deal also allows the U.K. or the EU to seek arbitration if either side believes it is being trapped by the backstop. However, there are no details about how the arbitration would work. 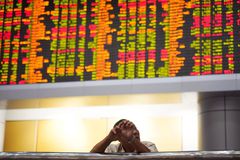 Brexit in peril as Theresa May faces another heavy defeat in Parliament
March 10, 2019 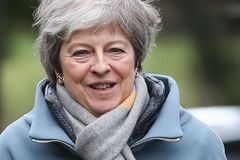