Authorities in China have halted public transport and imposed hardening states of urban lockdown on more than 25 million people in eight cities, in an attempt to limit the spread of the SARS-like Wuhan virus, which has now killed 26.

By Friday morning, China had confirmed 867 cases and counted another 1,072 people suspected of carrying the coronavirus, which has spread to every province and region of the country except Qinghai and Tibet. The first two deaths were reported outside Hubei, the epicentre of the outbreak — one in Hebei province, which rings Beijing and another in Heilongjiang, which borders Russia. In cities across greater China, authorities cancelled large gatherings over the Lunar New Year, including temple fairs in Beijing, and closed entertainment and cultural venues such as the Forbidden City. Gao Fu, a member of a Chinese experts group monitoring the virus, publicly urged the entire country not to gather on Friday, the Lunar New Year that is the most important date on the country’s calendar, drawing families together nation-wide.

Across the greater Wuhan region, the widening reach of lockdown measures shut down bus and subway services and barred residents from leaving on trains and planes, while Wuhan itself barred commercial traffic from entering the city, where the source of the virus is believed to be snakes at a wild-animal market. Neighbouring cities ordered the closing of all theatres, cafés and entertainment venues. Lockdown-style measures were being imposed in Huanggang, Xiantao, Ezhou, Qianjiang, Zhijiang Jingmen and Chibi.

“People are feeling a greater and greater sense of panic,” said Ms. Liu, a shopkeeper at the Wanfangtang Drug Store in Wuhan. She described six days of working 8 a.m. to midnight, in an attempt to serve a never-ending queue of customers buying masks, alcohol disinfectant and anti-viral medication.

The shop had run out of many products, and “even more people rushed to our store since the lockdown was announced this morning.”

In Vietnam and Singapore, authorities quarantined people suspected of carrying the Wuhan virus.

But the World Health Organization said the spread of 2019-nCoV – with a small number of cases already confirmed in Taiwan, Thailand, Japan, South Korea and the United States – does not yet constitute a global emergency.

“Make no mistake, this is an emergency in China,” said Tedros Adhanom Ghebreyesus, the organization’s director-general.

“But it has not yet become a global health emergency.”

China has been credited for its transparency in disclosing numbers on the spread of the virus. But as the country’s censors began to excise even local government updates acknowledging long queues for medical treatment and bed shortages in Wuhan, one prominent virologist who travelled to the city warned that the new virus shows signs of being far worse than SARS, the pandemic that killed hundreds of people 17 years ago.

“Conservative estimates suggest that the scale of infection may eventually be 10 times higher than SARS,” Yi Guan, who played an important role in tracing the development of SARS, told China’s Caixin media group Thursday, after he spent two days in Wuhan.

But the draconian measures, including urban lockdowns, may be too late, Dr. Guan said, pointing to the great numbers of people who had already left Wuhan to return to childhood homes across China before the lockdown was imposed.

Given the incubation period of the virus, Dr. Guan, who is director of the State Key Laboratory of Emerging Infectious Diseases at the University of Hong Kong, estimated that pneumonia-like symptoms may begin to appear more broadly across China beginning on Saturday. Using computer modelling, researchers at Imperial College London now estimate as many as 4,000 cases could exist in Wuhan alone.

Other experts disagreed that the Wuhan virus could be worse than SARS. “We have got the genetic sequence of the novel coronavirus and the ability to perform rapid diagnosis,” said Ivan Hung, chief of the infectious-diseases division at the University of Hong Kong. “During SARS, we were playing catch-up and had no knowledge of the SARS coronavirus until very late stage – likely five to six months after the outbreak.”

And, he added, “so far the virus is behaving in a less lethal manner than the SARS.”

But there were also signs that the virus, and the panic it has caused, were pushing the city to its limits. The Wuhan Municipal Health Commission wrote on the Twitter-like Weibo service to acknowledge “long queues and a shortage of beds in fever clinics.” The post was quickly deleted. But numerous people in Wuhan took to social media to say they were unable to get medical treatment – or had been refused diagnostic tests, casting doubt on the thoroughness of official statistics, even as the scale of the lockdown pointed to significant concern.

“The biggest concern to me is how long this sealing off will last,” said Li Mei, who operates a popular shop selling flat cakes in Wuhan. “We only know it started at 10 a.m. today, and the buses have stopped.” 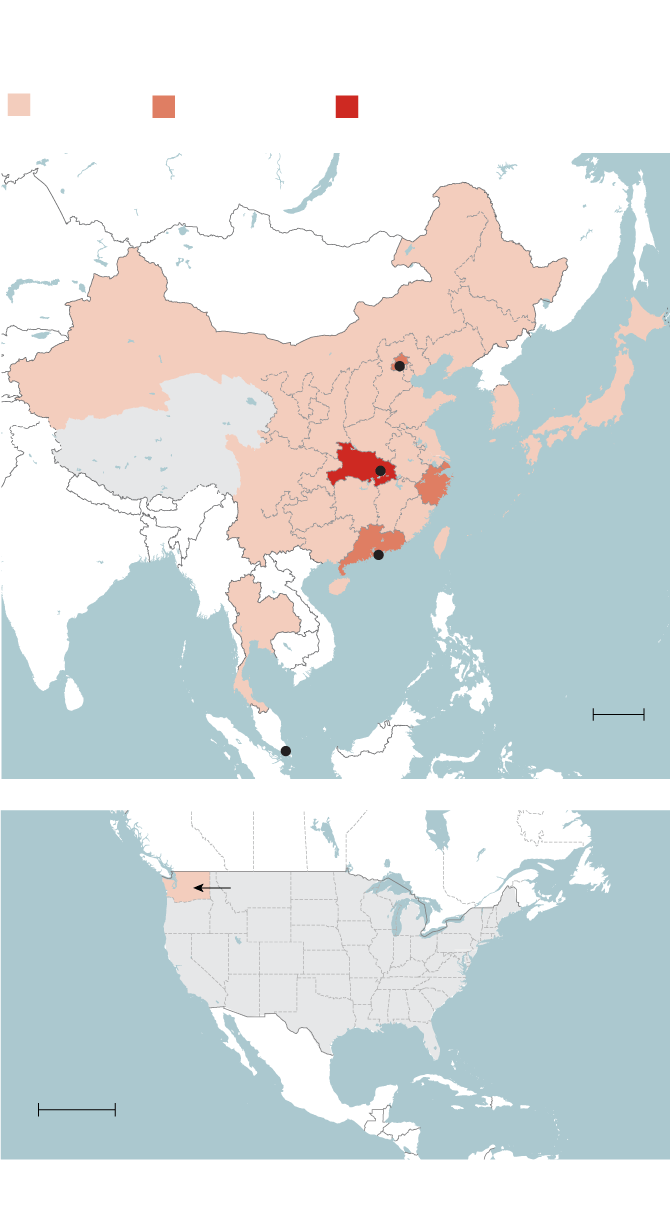 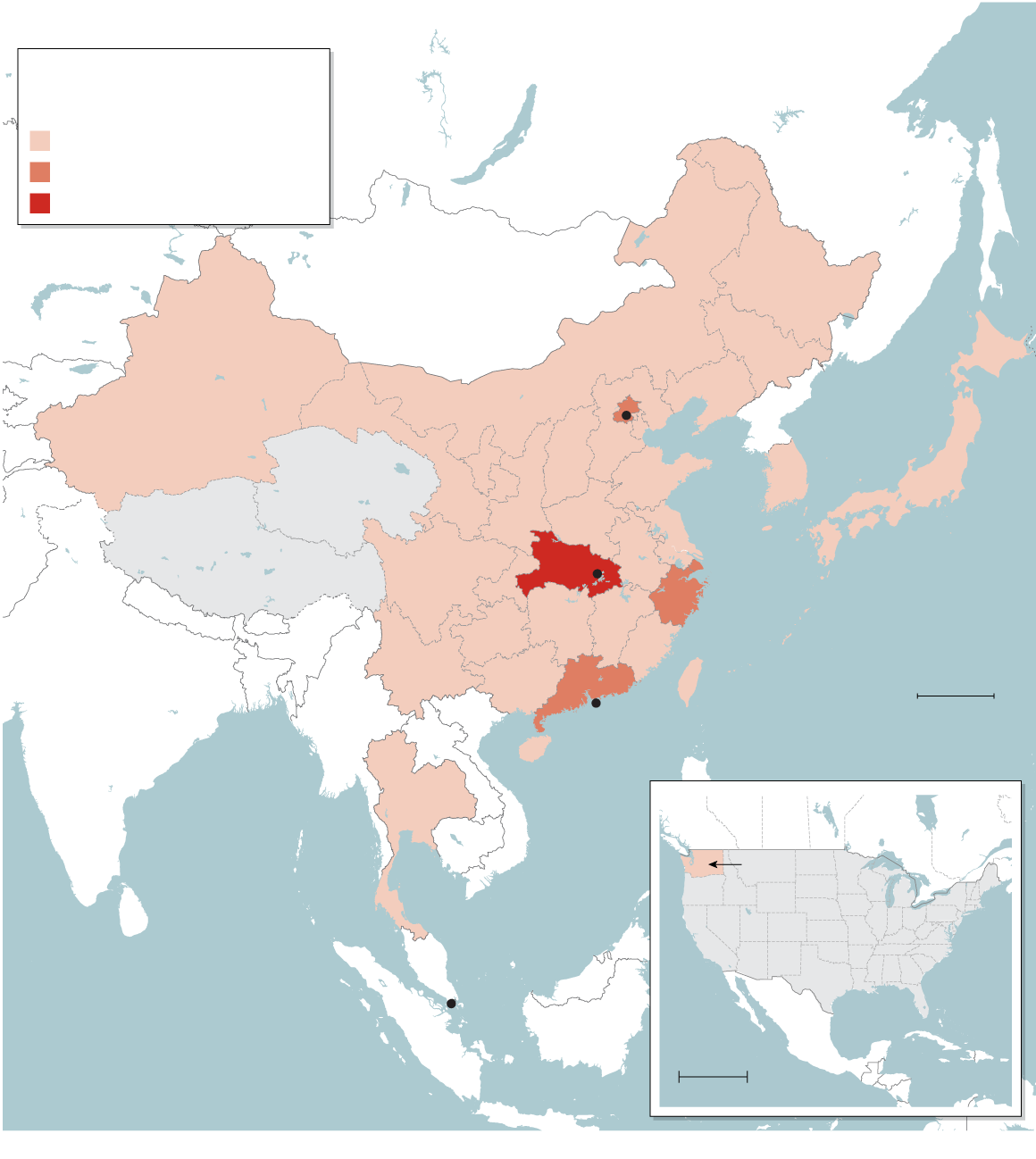 Despite public panic, “it remains under control – at least people are lining up to make purchases,” said Ms. Liu, the drug-store shopkeeper. But her store “is probably the busiest place on the street,” as public spaces in Wuhan emptied of people.

“You can barely see anyone wandering outside,” said Duan Jie, a manager at the Wuhan branch of an LED lighting company. Many aspects of life remain normal: “We can still go out to shop, and go to the supermarket to buy fruit and vegetables to prepare for the blackout period,” he said. But he worried about the sufficiency of the city’s food supplies if the lockdown remains in place for long.

Car owners such as Mr. Duan have more options, since only public transit has been halted.

He nonetheless cancelled plans to drive with his wife and daughter to his hometown for Lunar New Year celebrations, known in China as Spring Festival. They planned to stay home instead.

But he and others barely grumbled.

But “I care more about the situation with this disease, and how to make sure my families all safely get through it,” Mr. Duan said.

“Not leaving Wuhan won’t kill you. But the virus could.”