In scenes that recalled the crushing of the Prague Spring five decades ago, thousands of Russian soldiers were deployed into neighbouring Kazakhstan on Thursday to help prop up that country’s wobbling authoritarian regime.

Dozens of anti-government protesters, as well as at least 18 security officers, were killed in a second day of violent clashes across Kazakhstan, an oil-rich former Soviet republic that is the largest state in Central Asia. Videos posted to social media showed smoke rising over the centre of Almaty, the country’s largest city, amid the sound of automatic weapons fire that didn’t stop for minutes at a time.

It wasn’t immediately clear whether the newly arrived Russian forces – formally described as “peacekeepers” – were involved in the violence. Their presence was expected to stabilize a kleptocratic and repressive regime that seemed to be on the brink of collapse Wednesday after protesters overran Almaty’s city hall and main airport.

It was the Moscow-led Warsaw Pact alliance that sent troops into Czechoslovakia in 1968 to bring an end to a period of liberalization and mass protest in the then-Communist state. Thursday’s military intervention, which followed several days of swelling demonstrations, was carried out under the guise of the Collective Security Treaty Organization, or CSTO, a modern made-in-Moscow grouping that brings together six former republics of the USSR.

Russia made its intervention across the southern border into Kazakhstan as some 100,000 troops remain massed along the country’s western border with Ukraine, another former Soviet state that Russian President Vladimir Putin has been trying to pull back into Moscow’s orbit.

According to Russian media, some 3,000 Russian paratroopers – supported by 500 troops from Belarus and smaller detachments from Tajikistan and Armenia – had either arrived in or were on their way to Kazakhstan. The deployment was made after Kazakh President Kassym-Jomart Tokayev called on the alliance to intervene and save his country from what he called a foreign-funded “terrorist threat.” (It wasn’t clear whether Kyrgyzstan, the sixth member of the CSTO, had sent any soldiers.)

What Mr. Tokayev was actually threatened by was widespread unrest that began this week when residents in the western city of Zhanaozen blocked roads to protest against rising gas prices. Copycat demonstrations quickly erupted in cities and towns across the country. The outrage didn’t subside even after Mr. Tokayev dismissed his cabinet and ordered gas prices to be lowered.

On Thursday, the government declared a two-week state of emergency. Erica Marat, a Central Asia expert at the National Defense University in Washington, D.C., said Mr. Tokayev’s regime revealed its weakness by calling in the CSTO. “Kazakhstan has turned its domestic problem into a geopolitical issue. The authorities have shown that they are scared of the crowds,” Prof. Marat said.

On Wednesday, Mr. Tokayev also announced that he had accepted the resignation of Nursultan Nazarbayev, the chairman of the country’s security council, who had previously ruled the country as president from 1991 until 2019. Mr. Nazarbayev, a close ally of Mr. Putin, had maintained wide influence even after leaving the presidency. The 81-year-old was given the official title of “father of the nation,” and his family controls much of the economy.

Though Mr. Nazarbayev hasn’t been seen or heard from since the protests began, he has been a focal point of the protesters’ anger. At least one statue of Mr. Nazarbayev was toppled, and chants of “old man, go away!” have been common at demonstrations.

The scenes would likely have been uncomfortable viewing for Mr. Putin. The long-time Kremlin boss refers to the 2014 popular uprising in Ukraine as a Western-backed coup d’état, which he responded to by sending troops to seize and annex the strategic Crimean Peninsula. Moscow has also since 2014 supported a militia that has battled the Ukrainian army in the country’s Donbas region, an area that – like parts of northern Kazakhstan – is largely populated by ethnic Russians. 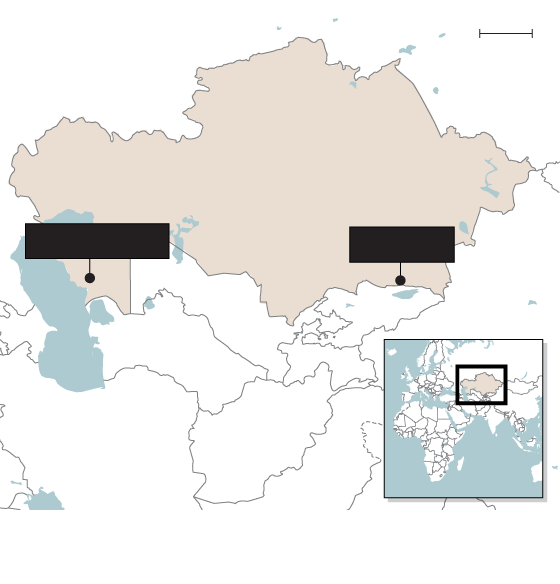 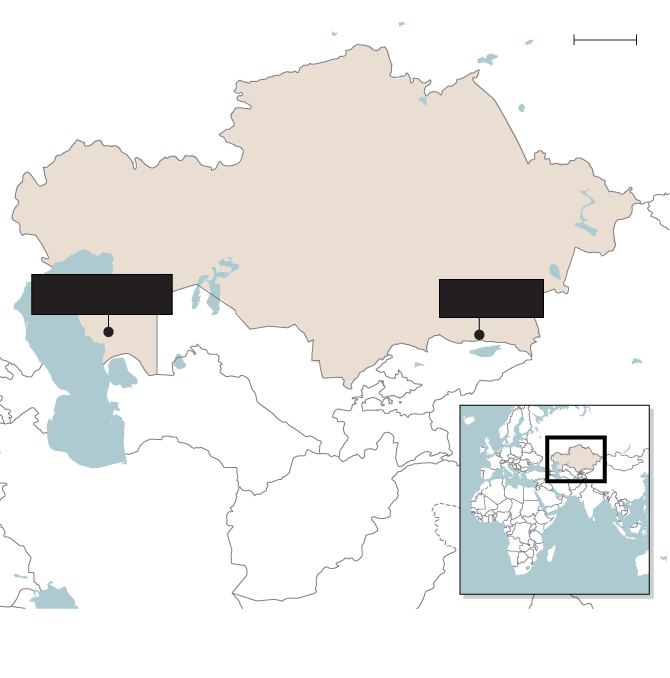 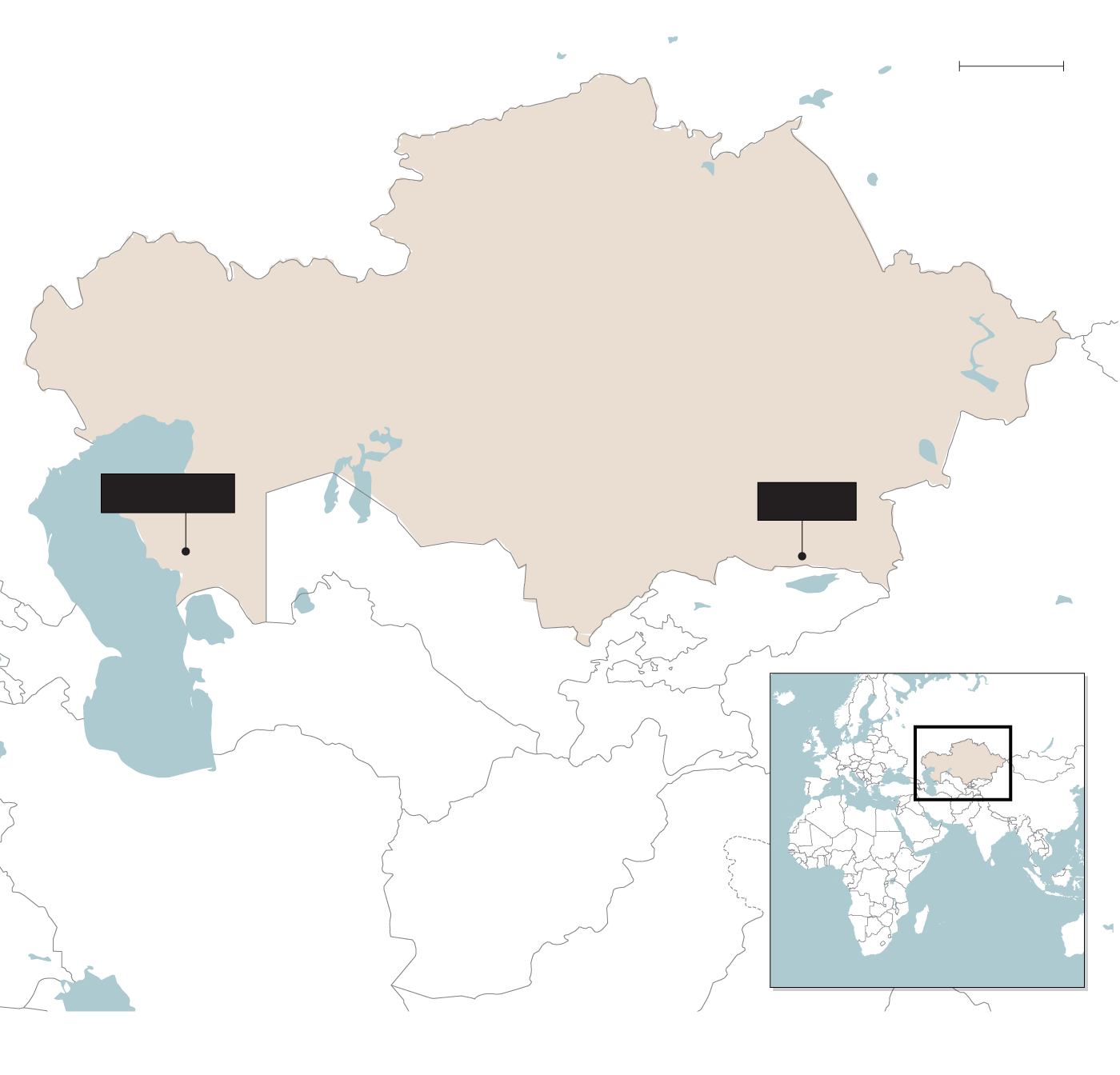 Though the CSTO was founded in 1994, three years after the fall of the USSR, Thursday marked the first time a member had activated the alliance’s mutual defence clause.

Fyodor Lukyanov, a Moscow-based foreign policy specialist, said the CSTO’s intervention was a “very, very important change” that increased Russia’s leverage in Kazakhstan while also strengthening the Kremlin’s hand ahead of high-stakes talks over Ukraine. Russian and U.S. negotiators are due to meet Monday in Geneva, Switzerland, to discuss the Russian military build-up and the overall security situation in Europe. Separate talks between Russian and NATO officials are expected to take place two days later at the alliance’s headquarters in Brussels.

“From a Russian point of view, this [intervention in Kazakhstan] is a necessity to stop the erosion of a state authority which is for many reasons important to Russian interests,” Mr. Lukyanov said. “From the point of view of negotiating positions, Russia reminded [the West] that Russia can take very strong and very swift military-political decisions in neighbouring countries.”

The Kremlin has demanded a guarantee that Ukraine will never be allowed to join NATO, as well as a withdrawal of NATO forces from Eastern Europe, which Mr. Putin views as belonging to Russia’s “sphere of influence.” Western leaders have responded to the demands with incredulity, prompting warnings from Russian officials that the country could use force if it failed to achieve its aims through negotiations.

But experts warn that Mr. Putin can only accomplish so much with military might. Prof. Marat said the arrival of foreign troops would be unpopular among Kazakhs, especially since the Kremlin was siding with a hated regime. “The regime is done; it’s not legitimate anymore. The foreign troops may be able to prolong its collapse, but they won’t be able to solve any of the domestic political issues.”

In Ottawa, Foreign Affairs Minister Mélanie Joly said the government is monitoring the situation and called for restraint and de-escalation. “We urge that the situation in Kazakhstan be resolved quickly and through peaceful dialogue.”