Democrat Joe Biden appeared set to win Arizona, flipping a state that has supported Republican presidential candidates in all but one election in the past 70 years, until now. The state was on track to give Mr. Biden 11 electoral college votes, which the Democratic campaign desperately needs after President Donald Trump won the vote-rich battleground states of Florida and Ohio. With 82 per cent of the vote reporting, officials in the state expected to finish counting ballots Wednesday morning. Mr. Biden’s projected victory in Arizona came from the booming suburbs of Maricopa County, which encompasses cities of Phoenix, Tempe and Mesa, where a growing Latino population and an influx of educated professionals is reshaping the political landscape.

This election, a wave of candidates from racialized and other underrepresented groups are vying for a seat in Congress. That includes Mondaire Jones, an openly gay Black lawyer running for a New York congressional seat, and Black Democrat Jaime Harrison, who raised record funds but failed to defeat incumbent South Carolina Republican Senator Lindsey Graham. As well, a record 298 women are on the ballot – 204 Democrats and 94 Republicans – according to the Center for American Women and Politics at Rutgers University. Although the 2018 midterms ushered in a more diverse Congress, including native American women, Muslim women and the first openly bisexual woman, the legislative body is still overrepresented by white, heterosexual men.

Businesses across the country boarded up their windows and beefed up security, amid concerns that protests, violence and armed insurrection could erupt as it becomes clear who won the presidency. Popular shopping areas such as Rodeo Drive in Los Angeles closed the street to pedestrian and car traffic on election day. A non-scalable fence was erected around the White House, and plywood is protecting office buildings in the capital. In the days leading up to the election, Trump supporters disrupted traffic on a New Jersey highway, yelling and chanting praise for the President; and motorists with Trump signs surrounded a Biden campaign bus on a Texas highway. But with the results of the election still unclear early Wednesday morning, most cities remained calm overnight.

President Donald Trump took the swing state of Florida, a must-win state for a second Trump term, expanding his margin over Democratic presidential candidate Hillary Clinton in the 2016 election. In the state’s vote-rich county of Miami-Dade, Democratic candidate Joe Biden vastly underperformed Ms. Clinton. In 2016, she trounced Mr. Trump here by more than 290,000 votes. But this election, Mr. Biden beat Mr. Trump by fewer than 85,000 votes in Miami-Dade. Mr. Trump had appealed to younger, conservative Cuban Americans, whose support managed to chip away at the county’s Democratic base.

Democrats were trying to win enough seats to take control of the Texas House of Representatives. A win would give Democrats a voice at the legislative table, with Republicans controlling the Senate and the governorship. (The three branches of government must approve legislation before it becomes law.) That would give Democrats a say when legislators map out new electoral districts next year. Democrats appeared to have fallen short in their effort to flip nine seats in the state’s 150-member House of Representatives.

Both platforms are teeming with false information and were used by the Russians to sow discord among Americans during the 2016 election. This time, the social-media giants are trying to ensure they are not part of the problem. They claim they have systems in place to slow the spread of misinformation, such as not allowing candidates to declare victory unless state officials or credible news organizations such as the Associated Press have called it. Facebook and Twitter will not outright block messages on their platforms but will attach labels that seek to educate users on where to find credible information. Mr. Trump made his first public statement on the election results early Wednesday morning, claiming that Democrats would try to steal the election by allowing voters to cast ballots after polls had closed. Twitter quickly slapped a label on the tweet, flagging it as misinformation.

More than 100 million Americans cast their ballots ahead of election day, an unprecedented number that accounted for more than two-thirds of the total voter turnout in 2016. Voters were motivated to go in person to early polling stations amid concerns that the U.S. postal service would not deliver their mail-in ballots on time and that the pandemic would prevent them from voting on election day. Early votes in Hawaii and Texas surpassed their respective state’s 2016 voter turnout, according to the U.S. Elections Project run by Florida Professor Michael McDonald. In the critical swing states of North Carolina, Georgia and Arizona, early votes accounted for close to 90 per cent of the 2016 voter turnout.

Uber, Lyft and DoorDash prevailed in a well-funded effort to overturn a California law requiring them to reclassify their drivers as employees instead of independent contractors. Voters considered the tech companies' ballot initiative known as Proposition 22 that would exempt Uber, Lyft and DoorDash from providing their drivers with employee benefits. Independent contractors are not covered by various state employment laws, including those dealing with minimum wage, overtime, unemployment insurance and workers' compensation. The tech companies spent millions trying to convince voters to back their proposal, arguing that reclassifying freelancers as employees would push up consumer costs and remove flexibility for their drivers. The outcome of this vote has huge implications for other app-based delivery services such as Instacart, which also depend on freelancers to do the work.

Marijuana was shaping up to be the big election winner. Ballot initiatives to legalize recreational marijuana prevailed in Arizona and New Jersey and were on track to win in South Dakota and Montana early Wednesday morning. In Mississippi, voters appeared set to legalize medical uses of the drug. If the final results confirm that the proposals passed, these states will join 11 others that have legalized pot. Eight years ago, Colorado and Washington were the first two states to legalize the drug for recreational uses. Oregon voters approved a proposal to decriminalize the possession of hard drugs such as heroin, cocaine and methamphetamines.

Eleven states chose their governors this election. Many of the races were not considered competitive, with eight incumbents standing for re-election and expected to hold their seats. One of the only competitive races was in Montana, where Republican Congress member Greg Gianforte won against the state’s lieutenant-governor, Democrat Mike Cooney. Since the COVID-19 pandemic, governors have been in the spotlight for leading their respective states' responses to the virus that has killed more than 230,000 Americans. According to data from Johns Hopkins University, Montana is one of the states with a high risk of infection, where COVID-19 cases have spiked over the past week. Mr. Gianforte, a Trump supporter, was charged with assault for body slamming a reporter for asking health care questions ahead of a special congressional election in 2017. 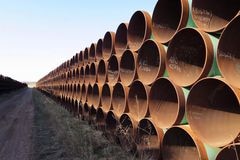 Opinion
Election diary: A long four years capped by one of the longest days yet
Subscriber content
November 4, 2020 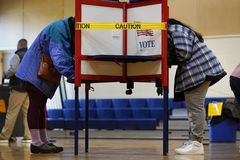 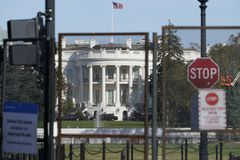 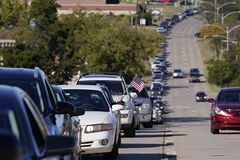 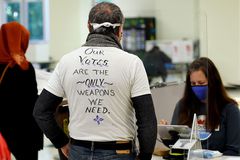 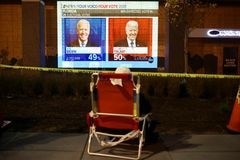 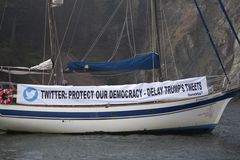 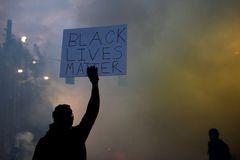 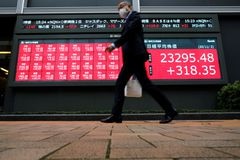 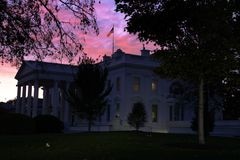