The British government has imposed tough restrictions on social movements in London after health officials uncovered a new variant of COVID-19 that is spreading rapidly.

Health Minister Matt Hancock said 1,000 cases of the new mutation have been found so far, mainly in London and southern England. Cases have been identified in nearly 60 areas, he added. “Initial analysis suggests this variant is growing faster than the existing variants,” he told the House of Commons on Monday.

Mr. Hancock added that the government has notified the World Health Organization, and officials from Public Health England are analyzing the new strain with scientists at Britain’s Defence Science and Technology Laboratory.

“I must stress at this point that there is currently nothing to suggest that the variant is more likely to cause serious disease, and the latest clinical advice is that it’s highly unlikely that this mutation would fail to respond to a vaccine,” Mr. Hancock said.

New cases of the infection have jumped by 30 per cent in London and 14 per cent across the country in the past week. As a result, Mr. Hancock said that as of Wednesday, London and the surrounding area will move into Tier 3 restrictions, the government’s highest level. Under Tier 3 measures, households are not allowed to mix and pubs and restaurants can only offer takeout service. In total, roughly 60 per cent of England’s population is now living under Tier 3 rules. (Scotland, Wales and Northern Ireland have different rules.)

Researchers have insisted from the start of the pandemic that the virus would mutate repeatedly. “There have been many mutations in the virus since it emerged in 2019,” said Jeremy Farrar, director of Wellcome, a $46-billion charitable foundation that funds medical research. “Most of the mutations will not be significant or cause for concern, but some may give the virus an evolutionary advantage which may lead to higher transmission or mean it is more harmful.”

The main concerns is whether a mutation can alter the virus sufficiently enough for it to overcome testing, antibody treatments or vaccines. Britain recently approved the Pfizer-BioNTech vaccine and a nationwide vaccination program began last week.

Chris Whitty, England’s Chief Medical Officer, said there were no indications the new variation was more harmful or that it could avoid detection. He also said it was likely too early for the virus to be mutating to counter a vaccine. That normally takes place only after a vaccine has been administered on a large scale.

“It would be surprising, not impossible, but surprising if this had evolved to be able to get around the vaccine,” Dr. Whitty told a news conference on Monday. The mutation found in Britain has also been shared with health officials in other countries so that it can be compared to other variations.

The most concerning mutation has come from Denmark, where a new strain started infecting workers on mink farms. The World Health Organization said seven unique mutations were found co-circulating in mink and humans. Almost 1,000 people who worked on farms or in pelt-making factories have tested positive since June.

Denmark introduced strict measures and widespread testing that have brought down the number of cases. Several other countries, including the Netherlands, Spain, Sweden and the United States, have also reported COVID-19 cases linked to mink farms.

Scientists worried that one particular variant in Denmark, known as Cluster 5, contained genetic changes to the virus’s spike protein that is targeted by the Pfizer-BioNTech vaccine and others.

However, researchers from the European Centre for Disease Prevention and Control said the Cluster 5 variant had only been found in a few cases and it had not spread widely beyond farm workers. It also hasn’t been found since September. “The probability of infection with mink-related variant strains is assessed as low for the general population,” the centre said. 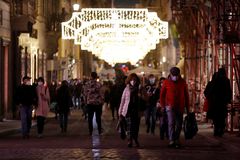 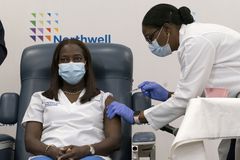 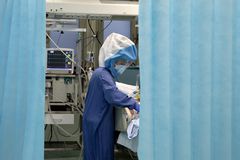